On January 21, the Prison Service announced that Russell Bishop had died. His death on January 20 was confirmed by the Ministry Of Justice. He was fifty-five, not a great age, but few who knew him or knew of him will regret his passing. Russell Bishop was the babes-in-the-wood murderer. There have been several of these so styled, including in Canada, but the Bishop murders were of nine year olds Nicola Fellows and Karen Hadaway. For those of a certain vintage, this was one of the most memorable and sensational double child murders in British criminal history.

The Brighton local press has published a detailed timeline of the case, and there is lots of footage on YouTube.

Nicola and Karen were playing in the local park at Moulsecoomb, Brighton, and never returned home. Karen’s mother called the police that night, and a massive search was launched in which local people participated, including Russell Bishop. The girls’ bodies were found the following afternoon, October 10, 1986. They had been strangled; Nicola had also been interfered with sexually.

Bishop came under suspicion because of his behaviour; also, a shirt found near the crime scene was believed to be his. He was arrested on October 31 and stood trial at Lewes Crown Court in December 1987. The jury took only two hours to acquit him, and if the truth be told, he seemed a most unlikely suspect. Although a petty criminal, he was short and slightly built; he was also young, good looking, and had an active sex life. As for his odd behaviour, young people of both sexes are no stranger to this.

After his acquittal, Bishop sold his story to the now long defunct News Of The World. While the paper should not be condemned for this, it should not have allowed him and his supporters to use this as opportunity to make disgusting false allegations against innocent and still grieving people, allegations that would reappear decades later.

Bishop enjoyed his freedom and notoriety, but not for long. Having gotten away with a  double murder, he decided to push his luck. On February 4, 1990, he abducted a seven year old girl, stuffed her into the boot of his car, and after sexually assaulting her, strangled her leaving her for dead. Thankfully she survived and was able to identify him. He was convicted in December after a four week trial receiving two ten year sentences to run concurrently with a life sentence for attempted murder.

By this time it was clear to all that Bishop was the babes-in-the-woods killer, but double jeopardy prevented a retrial. After the 1993 murder of Stephen Lawrence and the resulting (ludicrous) Macpherson Report, that obstacle was removed. The other obstacle was forensics; DNA profiling was in its infancy at this time, but the authorities were determined to ensure Nicola and Karen received justice.

Before that happened though, the sick lies spread by Bishop’s supporters were taken up by the police. On April 7, 2009, Barrie Fellows was arrested on suspicion of raping his own daughter. Thankfully, this vile claim went nowhere,

On May 10, 2016, Bishop was taken from Frankland Prison to a local police station where he was arrested by Sussex Police for the murders.  He would stand trial for a second time, at the Central Criminal Court two and a half years later. Karen’s father died in 1998, but Barrie Fellows was as happy as a father could be in his position after Bishop’s conviction.

There was one other reckoning to be had. In May of last year a former lover of Bishop was given a six year sentence for perjuring herself at his original trial. By this time Jennifer Johnson was fifty-five, and she was clearly not the only woman who lied for Bishop, something that like the double murder itself beggars belief.

I still say that abolishing double jeopardy was wrong. 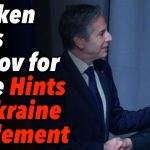