The Latvian Ministry of Transport has published transit industry statistics this week. These figures show the total collapse of the transit sector of the economy.

It is surprising, but officials have not admitted that the main reason for the decadence of Latvian ports and railways is Riga’s anti-Russian policy. However, it is quite obvious that the collapse of the transit industry was the result of refusal to cooperate with Russia.

In the first half of 2020, the volume of cargo transported by Latvian Railways (LDz) has decreased by half. International traffic decreased by 48.7%, transit – by 53.9%. Total drop in freight traffic rates of LDz was 47.2% for six months (compared to the previous year). Thus, the fall of freight turnover of the Latvian Railways continued in 2020.

Remarkably, but the Latvian authorities do not see their fault in the crisis of the country’s logistics industry. They blame the carriers, who knew that Russia was building its own ports in the Baltic region and redirecting its cargo there.

In other words, the reason for the Latvian transit crash is the withdrawal of Russian goods from Latvian ports. Russia is to blame for the collapse because it is leaving, and Latvian port directors are to blame for inaction. The Latvian government is not guilty anyway.

They probably were promised by the US that they would fill the void. Sure hope those Latvian government officials are holding their breath waiting for that. LOL

Lithuania offered them US frac gas from their new floating pile of……terminal at Klaipeda but for some strange reason, Riga turned them down. “Them freedom molecules too pricey”, they said. “Besides, We just loaned you Klaipeda’s neighbor Palanga long ago, so it’s time to return it. “

Amazing how much some Americans know about stuff. Sometimes, I even amaze myself 😉

Transportation and logistics has suffered world wide through supply chain disruption caused by change in employment which lead to a change in production, and also purchasing/spending behaviour at the consumer end. In the industrialized countries people are spending less because they are saving more, or they are not spending because they have nothing left to spend. The author must have been living under a rock for the last half year in order not to see that covid has impacted this industry everywhere.

We have a sayng” you don’t slap the hand that feeds you” So you Baltic countries made your choice now suck it up and stop wingeing. 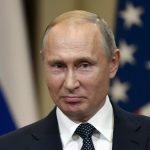