Dozens of people have been arrested in Cuba after thousands joined the biggest protests for decades against the island’s Communist government, media and opposition sources say. Cubans have been angered by the collapse of the economy, food and medicine shortages, price hikes and the government’s handling of Covid-19.

Here is the problem… These kind of ‘uprisings’ are not necessarily spontaneous. Most times they are initiated by Soros ‘color revolutionaries’ and US opportunists. The list is endless… Start with Vietnam… no, Burma. Cubans need to remember the last time the US was ‘in control’ of Cuba. Watch the Godfather movie. They literally used and abused Cuba, using it as a drug accessory. This is what they did in the mideast. Communism is terrible, but when was the last time the US intervened and did anything good? They DON’T DO THAT. Just saying. We went through this with Guardo in… Read more »

The statement that what’s happening in Cuba is not related to anything the US is doing in Cuba must be the most ridiculous statement I have heard in a very long time. EVERYTHING that happens in Cuba is in one way or another a reaction to the crippling sanctions and embargoes by the US, which are meant to hurt the government, but actually victimize the people and cause enormous suffering. Added to that is a combination of anger, rage and fatigue all of us are currently suffering as a result of the spam demonic with its constant fear mongering, lockdowns,… Read more »

It isn’t a question of freedom in any political sense. The political system, having removed U.S.-style financial manipulation, is actually more free than most countries, and especially neoliberal countries. However, there is an element of freedom to be gained via mixed economics as opposed to soviet-style economics. Your economic criticisms are valid, and I hope that Cuba can cooperate economically with the approaches of Russia and China.

banality and the usual propaganda

Note that the photograph in ‘The Guardian’ showing a large crowd of ‘protesters’ were in fact government supporters – giving a completely wrong impression of these anti-government protests, which is what one might expect if one relies (as they do) on Bellingcat and friends for their news. see:
https://www.moonofalabama.org/2021/07/us-launches-another-attempt-to-regime-change-cuba.html

Why are you quoting the BBC about Cuba? Why are supporting some of the middle-classes protesting in Cuba? So what? They are actively surrounded and subverted from all sides including Guantanamo Bay, which is still occupied by the empire. Who are you to criticise them from London and Cypress? They are running a country and you should show them some respect. Cuba has the most advanced medical system in Central America. Cuba has the most advanced educational system in Central America and most of South America. Cuba has eliminated illiteracy, Cuba supports Assange. Yes it has problems and the Cuban… Read more »

Lost chance of Russia establishing military capability there? It must be the Christian version. Babi of Supernatural Aggression would not have telegraphed intentions for opportunist 4th of July pre emptive application. Crimea worth loosing Cuba? The King

Wow! The two Alexanders want to see more freedom for young people in Cuba. This coming from two guys who can’t put a video together without spending half of it hemming and hawing about how they’re going to be very careful about the words they use because, you know, they’re being monitored. I suppose having complete discretion to self-censor is a sort of freedom but it seems a pretty perverse one to me. Talk about hypocrisy.

Helga I. Fellay
Reply to  Sarcophilus

that’s uncalled for. Nobody is perfect 100% of the time. Unless you think you are. You are not. I am very grateful to have the Duran. There are very few sources left that are worth reading, and the Duran is definitely one of them.

That is a silly comment in my opinion: When they hem and haw it lets us know the pressure from the fascists, or neocons,to censor what they are saying is increasing. It indicates that the Duran is publishing in spite of that threat and the threat of demonitizing. I think they understand this threat; and that it is naive not to.

Oh dear. I seem to have struck a nerve among a couple of the Vestal Virgins who lurk in the shadows of the glow cast by this blog’s hearth. The two gentlemen of this blog would have us believe that they are journalists or analysts. And yet, in their hierarchy of values they quite clearly privilege cash-flow over speaking their minds and telling the truth, the whole truth and nothing but the truth. That’s fine. I don’t mind. But let’s call them for what they are: small businessmen peddling carefully constructed and constrained information. I suppose the freedom they have… Read more »

Helga I. Fellay
Reply to  Sarcophilus

my dear Sarcophagus – whenever a “man” who criticizes the opinion of a woman (or women) does so by belittling and ridiculing their gender instead of engaging in the debate, that is evidence that he has nothing meaningful to say about the argument itself and thus only displays his own lack of “substance.” Everybody, including journalists and analysts, has to eat and pay rent, and even small businessmen must protect their small businesses. Otherwise, we would all end up in prison like Assange, and that would signify surrender, which is exactly what our regime wants us to do. Avoiding that… Read more »

Sarcophilus
Reply to  Helga I. Fellay

You are stalking the dusty, dank, dimly lit corridors of your own mind if you think I am not a “man”, if you think I’m belittling your gender, have no “substance” and find your arguments “too complex…to understand”. Your arguments are timid, self-serving rationalisations. Please continue to wallow in the warm bath of your self-indulgence. Best wishes, again.

Guantanamo Bay could be mentioned – as a permanent humiliation…

They (The Duran) should have just skipped this topic since they are obviously spooked and afraid to deal with this particular topic honestly. I cant say I blame them, but if you cant deal with it at least in a semi honest fashion than just ignore it. It is to anyone even remotely familiar with the history of U.S. Cuban relations absurd to suggest that US interference is not a factor. It most certainly is. The United states still maintains a small army of Cuban Nationalists and Mercs as well Drug dealers who regularly infiltrate Cuba and commit espionage, Sabotage,… Read more »

How about clearly explaining why these ‘uprisings’ take place. After 60+ years of cruel US embargo…The US is a cowardly nation…always stepping on smaller ones. Desgraciados. 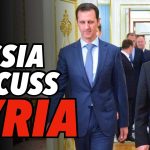 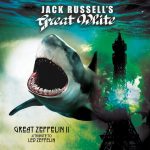