I saw Great White at the Astoria in September 1991. Can that really be thirty years ago? I can’t remember the concert, but if it had been bad,  I certainly would have. A lot of water has passed under a lot of bridges since then, most significantly the fire at the Station nightclub, West Warwick, Rhode Island in February 2003. A horrible mistake by their tour manager with the band’s pyrotechnics led to nearly a hundred deaths, including that of lead guitarist Ty Longley.

Regardless rather than because of that terrible tragedy, the band fractured, as have many bands over the years, and this one is called Jack Russell’s Great White. Russell is a founder member, and a sprightly sixty. So what’s with the covers?

Almost all bands play a few covers, and sometimes they breathe new life into them with new arrangements. One of Great White’s biggest hits was a cover of Once Bitten, Twice Shy, an excellent commercial song, but one far from exceptional from the pen of Ian Hunter, one of the most under-rated songwriters of any generation. Great White actually recorded Zeppelin covers in 1998. Call it a tribute album if you must. I haven’t heard Mark I, but this is more of the same. Both include the classics Stairway To Heaven and No Quarter.

On this album, No Quarter is longer; Robby Lochner, Michael Olivier, or whoever is playing on this is no Jimmy Page, but he ain’t a bad substitute, and Russell sounds better to my ear than Robert Plant, in fact he sounds more like Plant than Plant himself. The album kicks off with Whole Lotta Love, a vastly over-rated song, even if it was used for the opening of Top Of The Pops. Kashmir sounds a bit limp, but the drum solo Moby Dick is comparable to the original.

The band are, not on tour exactly, but are currently playing selected dates as far as possible in these trying times. The new album doesn’t ship until August 13, but you can stream Whole Lotta Love now. Should you so desire. 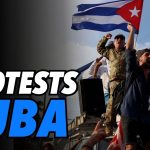 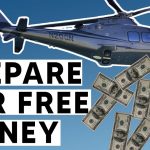