In this week’s episode of The Great Game, V, CJ and Matt review the best highlights of the explosive Valdai Club speech by Vladimir Putin which sent shockwaves through the international community this week. In his speech, Putin stood up in defense of the nation state system in opposition to those globalists attempting to use the multifaceted global crisis to their advantage.

Most controversially, the Russian leader condemned the Bolshevik Revolution and the sick transformation of the culture of 1920s Russia that not only destroyed the great potential of a world of cooperating nation states in the 19th century, but also set the foundations for the rot of cultural relativism, wokeness, critical race theory and other cultural insanities of our modern collapsing age.

Other topics discussed at length in this show: The spread of the American System around the world in the wake of the Civil War, how the Russo-Japanese war was bankrolled by London and Wall Street Financiers (as well as the Bolshevik revolution’s expression in 1905 and 1917), the rise of the fascist Pan European Union, the British control of the Young Turks, the rise of the Frankfurt School and how the leading Trotskyites became the neoconservatives.

How can one be taken seriously when he calls wrongly the names of the Bolsheviks: Troki for Trotsky, Halphen for Ghelphand?

You are right, Antonpan. This article is pure rubbish, some Canadian anti-communist propaganda.
Does the author even understand Russian? I doubt it. I heard nothing of the sort in President Putin’s speech at Valdai.

Very true, Antonpan. This author does not know what Putin said in the original Russian language, he obviously does neither speak nor read Russian. This is probably some Canadian anti-Communist propaganda.

This author is a “Senior Fellow at the American University in Moscow”. That says it all. Maybe the Russian authorities will shut down this institution soon, labeling it a foreign agent? They would be right in doing so. 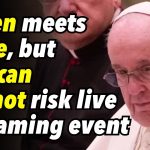 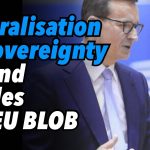