The Biden administration warned on Wednesday that a Russian invasion of Ukraine would trigger “high impact” U.S. sanctions that would surpass any previously imposed on Moscow. Secretary of State Antony Blinken, speaking in the Latvian capital of Riga after meeting with his NATO counterparts, said Russia’s large-scale troop buildup on Ukraine ‘s border and other pressure tactics resembled steps Moscow took before it invaded Ukraine in 2014 and seized the Crimean peninsula.

(As delivered) Good afternoon. We have just concluded a meeting of NATO Foreign Ministers. In our first session, we were joined by Georgia and Ukraine. We discussed the security situation in the region. Russia’s continued aggressive and destabilising actions against its neighbours. And its military build-up in and around Ukraine.

Here is a look at recent comments from Russia’s leadership about the new global multipolar reality:

Washington could find itself fighting a war on two fronts if it takes on either Russia or China.

YUP. Exactly. What was once given as an honorable pledge of good will and intention some 30 years ago with a mere handshake between two men now has to be upgraded. The US has demonstrated to the world (over and over again) that it is incapable of honoring essential agreements. In the eyes of much of the world, the US is simply ‘relationship incapable.’ The US will serve its own private (and ever changing) interests regardless of formal declarations, treaties, or honorable principles of conduct that MUST govern a nation’s actions in the larger community. Without that as assurance and… Read more »

Franz Beckenbauer
Reply to  Nobody Special

The cowboy policy of honouring the law whenever you see fit and ignoring it otherwise is now getting back at the U.S. like a boomerang. Lootings are commonplace and in many places not even prosecuted any more. Policemen are quitting at a record rate. Shootings are at all time highs, like the stock market. Court decisions by juries are not accepted any more if they don’t fit the agenda, even by the president of the U.S. Convicted criminals are let go only to go on killing and looting. The breakdown of the rule of law is one of the signs… Read more »

President Putin is a very patient man. And he still has hope beyond all hope that this administration is actually capable of doing politics. Just yesterday Blinky complained that russia was not fulfilling its duties under the Minsk agreement. This is a remarkable opinion for a U.S. secretary of state since russia is no party to that agreement. There’s nothing in there russia has to fulfill. Nothing. Russia isn’t even mentionned. Being able to read used to be a precondition for becoming secretary of state of the U.S. but who knows. Maybe some kind of woke gender background is just… Read more »

I cracked up when I read, “Being able to read used to be a precondition for becoming secretary of state of the U.S.”, and then for a second time when I read the last sentence. If the guy is not a complete idiot, he must believe that people listening to him are idiots, his colleagues included. So my pick is that he is an idiot.

could you imagine if that traitor Navalny were to become leader. After he and Germany made up the poisoning scam. Navalny would let America into Russia’s back yard and let them strip away any protection and dignity. Once a creep always a creep. 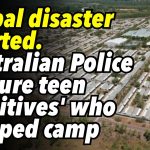 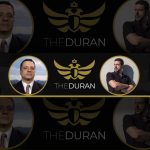