In this episode of Escaping the Brave New World podcast, New Lyre editor David Gosselin and Matthew Ehret discuss the structure of cultural warfare in the 20th century that gave rise to modern art, critic theory in education and mass psychology more generally.

In contrast to this sterile approach to the human condition and cultural policy, we also investigate a more fruitful method of composing art, shaping cultural progress and the organic unification of arts and science. The purpose, form and function of classical artistic composition as an analogue to the purpose, form and function of healthy human mentation is explored as well as the origins of the early founders of Gestalt psychology like Max Wertheimer, Kurt Koffka and Wolfgang Kohler as an antidote to the insipid theories of psychology embodied in the false opposing schools of Pavlovian behaviorism on the one extreme and Freudian introspectionism on the other.

@28:42.. maybe I heard you Mr Ehret quote ‘Frank’.. Saunders..work on the Cultural Cold War??.
If so, Its Frances. Frances Stonor Saunders. It was Frank Wisner..Frances is most certainly woman.But points taken. Individual human genius and not consensus opinion are the heart of the motion of Being.
The Bio-ethicist of now is the Eugenicist of yesterday. F cking dangerous either way. 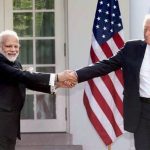 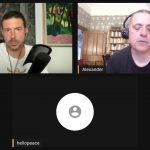