On July 20th, an analysis that was published of India’s “excess mortality estimates from three different data sources from the pandemic’s start through June 2021 … yields an estimate of 4.9 million excess deaths.” As-of July 20th, the total number of deaths that had been officially reported worldwide from Covid-19 was 4,115,391, and only 414,513 (10%) of those were in India. If this new study is correct, then the possibility exists that around half of all deaths that have occurred, thus far, from Covid-19, could be in India, not merely the currently existing 10% that’s shown in the official figures.

This study doesn’t discuss why the actual number of deaths in India from Covid-19 might be around ten times higher than the official Indian figures, but one reason might be a false attribution of India’s greatly increased death-rate from the Covid-19 epidemic not to Covid-19 but to other causes, such as to Covid-19-related illnesses.

The new study is titled “Three New Estimates of India’s All-Cause Excess Mortality during the COVID-19 Pandemic”, and the detailed version of it can be downloaded here.   The study was funded by U.S.-and-allied billionaires and their foundations and corporations, and by governments that those billionaires also might control. However, this doesn’t necessarily mean that its methodology is in any way unscientific or otherwise dubious. The study raises serious questions — it does not, in and of itself, answer any. It’s a serious scientific study.

On 1 August 2020, I headlined “India and Brazil Are Now the Global Worst Coronavirus Nations”, and reported that, “India and Brazil have now overtaken the United States as the world’s worst performers at controlling the cononavirus-19 plague. The chart of the numbers of daily new cases in India shows the daily count soaring more than in any other country except Brazil, whereas in the United States, the daily number of new cases has plateaued ever since it hit 72,278 on July 10th, three weeks ago.” At that time, there was great pressure upon India’s Government to stop the alarming acceleration in the daily numbers of people who were officially counted as being patients (active cases) from the disease, and of dying from it. One way that a government can deal with such pressures is by mis-classifying cases, and deaths, from a disease, as being due to other causes, instead.

I find looking at total numbers and comparing countries with significant differences in size, population density, development, economy, income, education etc. etc. is meaningless. India is a huge country with enormous population density, and disparity in income, education, access to information and health care, etc. etc. For example, social distancing is very easy for those living in huge mansions on huge properties in gated communities. It is impossible for the millions at the bottom of the social ladder where 3 entire families are crowded into a three bedroom apartment in an overcrowded slum. To compare how different countries fared with… Read more »

So they have Zero deaths….given that one, absolutely can not die of it.
That’s Covid of any number…its been around for a good 1500 documentable years and Millions have died with it……not of it.
For fu#k sake, research it yourself
.

Since no one dies from the flu, that’s no very interesting. 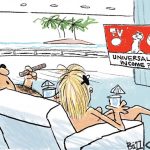 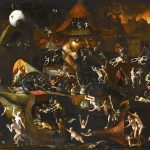