As the War on Terror lies in tatters, with the withdrawal of troops from Afghanistan and the Taliban taking over the country in a mere 10 days, it’s time to name Congresswoman Barbara Lee for the 2022 Profile in Courage Award. This nomination stands in recognition of Congresswoman Lee’s sole vote, on September 14, 2001, against the invasion and occupation of Afghanistan.

When Congresswoman Lee explained her position against giving former President George H. Bush an open-ended authorization for military force, she was called a terrorist, a traitor, and close to treasonous. Additionally, Rep. Barbara Lee faced death threats, insults, and hate mail for simply voting her conscience. To understand the gravity of her vote, consider that the House vote was 420 to 1, and the Senate vote was 98 to 0.

Yet, after 20 years, Congresswoman Lee’s courageous vote, motivated by a 9/11 memorial service imploring all elected officials in attendance that “as we act let us not become the evil that we deplore,” now rings resoundingly true. It’s tragic no one else heard the wisdom in the Rev. Nathan Baxter words that day and shared Congresswoman Lee’s power of conviction or ability for independent critical analysis. Congresswoman Lee should not have stood alone then, and as U.S. taxpayers and on behalf of our brave service members, we demand now that all our elected officials use their reasoning ability to question prevailing narratives. Further, we want those who misled us into the War on Terror to be held accountable for nothing less than war crimes.

According to the Watson Institute for International and Public Affairs at Brown University, the War on Terror cost $6.4 trillion and 801,000 lives. Additionally, the U.S. has amassed a $28 trillion national debt that is now 125% higher than its GDP. For perspective, note that in 2000, the U.S. debt was 57% of its GDP. Most of the debt is related to Military-Industrial-Complex (MIC) spending, which is presently at $731 billion. And all there is to show for this massive expenditure is carnage, economic ruin, and geopolitical instability that vastly expanded fundamentalist, anti-female, Islamic forces not only in Afghanistan but also in Iraq, Syria, Yemen, and Libya. The other slap in the face of U.S. taxpayers and our brave service members is the opium trade. It flourished under U.S. occupation and makes a mockery out of our wasteful and racist $1 trillion War on Drugs. Afghanistan is now the top producer, with 80% of the world’s supply. 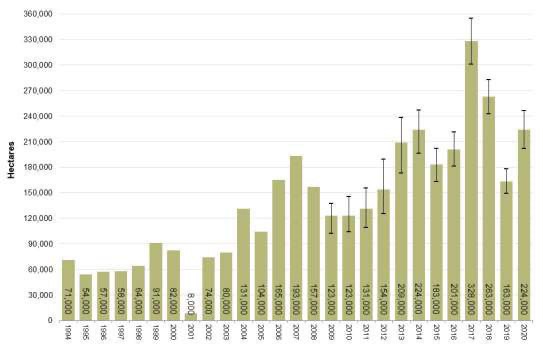 Within this context, consider that the MIC’s strategy is not necessarily winning but in not interrupting the money flow. And, with profits guaranteed as a percentage of the cost, the more programs go up in price, the greater the profit. Thus, enabling the MIC is antithetical to what should be our elected officials’ role in representing U.S. taxpayers and our brave service members, considering in 2021 we footed a $4.3 trillion-dollar bill. Just for perspective, consider that the corporate tax contribution in comparison is a fraction of that at $284 billion. The issue at hand is that corporate lobbyists end-run us, and we allow them.

As the U.S. withdraws troops from Afghanistan, we are finally seeing Washington’s War on Terror for the blatant redistribution of wealth it really is – for even its complicit mainstream news media can’t conceal its hemorrhage of blood and dollars. We must not allow the Pivot to Asia to be the next War on Terror MIC fiasco. Our elected representatives must act with conscience and critically challenge the information they are being spoon-fed, or they are worse than useless. Thank you, Congresswoman Barbara Lee, for your heartfelt and prophetic vote 20 years ago.

Lauren Smith is an independent journalist and member of the Green Party and Sanctions Kill.com. Her work has been published by Alliance for Global Justice, Black Agenda Report, Common Dreams, Counterpunch, Ecoterra, Global Research, CA, LA Progressive, Monthly Review, The Duran, and Telesur amongst others. She holds a BA in Politics, Economics, and Society from SUNY at Old Westbury and an MPA in International Development Administration from New York University.  Her historical fiction novel based on Nicaragua’s 1979 revolution is due out in 2022. 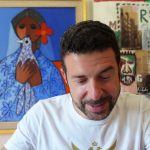 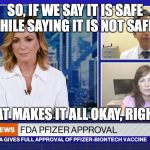