By Kit Knightly (from The Off-Guardian.org)

The Patriot Act 2 is on the way, from the same author behind the smash-hit original

It’s not been often, in the five years OffG has existed, that we’ve had to cop to missing something important within 24 hours of publishing an article – but this is one of those times.

In my article yesterday – “The Storming of the Capitol”: America’s Reichstag Fire? – I said this [my emphasis]:

Although there is not yet any talk of legislation [in response to the Capitol Hill riots], it’s certainly true there are whispers of purges and other measures to “protect the constitution”.

That quote did not age well, indeed it was wrong from the moment it went to print. Because, as it turns out, there has actually been “talk of legislation” for weeks – even months. Soon-to-be-President Joe Biden promised a new “domestic terrorism bill” back in November, according to the Wall Street Journal.

That is why you’re seeing so much usage of the phrase “domestic terrorism” in the last couple of days. It’s the meme-phrase. The primary talking point for this whole exercise. It was underlined in all the memos sent out to all the media outlets.

That’s why Joe Biden went to such lengths to distinguish “domestic terrorists” from “protesters” in his speech following the riots.

That’s why the Council on Foreign Relations had an interview with a “counter-terrorism and national security expert” published within 24 hours of the incident, in which he spends 4 paragraphs arguing that the people who “stormed the capitol” were domestic terrorists.

That’s why the Washington Post has got an article dedicated to “lawmakers and experts” arguing that the Capitol Hill protest was an act of “domestic terrorism”. And so have Vox. And Mother Jones.

That’s why ABC had an article about how “domestic terrorism and hate crimes” were a growing problem in America…a week before the riot took place.

Georgetown University, a well-known spook college, published a paper in September 2020 titled the “The Need for a Specific Law Against Domestic Terrorism”, and op-ed pieces bemoaning the lack of such a law have been dotted through the press going back to last summer and even late 2019.

There was one published yesterday, in which a “senior FBI official” says “more could have been done” if there had been a “specific law outlawing” domestic terrorism.

“Domestic Terrorism” is clearly where it’s at in early 2021, so we can expect a brand new law regarding it…probably by March, at the latest.

What will “Domestic Terrorism” mean in this law? The answer to that is pretty much always “whatever they want it to mean.”

Certainly, it will include “incitement” and “hate speech”, I would expect “denialism” to make an appearance, and be downright shocked if “spreading misinformation” doesn’t get a mention. Don’t be surprised if “questioning elections” or “bringing democracy into disrepute” is made an outright crime.

It will probably be tied into the Covid “pandemic” in some way, too. After all, what is discouraging people from taking vaccines if not the very definition of “terrorism”, right? It’s possible that even climate change will get a mention as well. They like to slide that into every issue these days.

Joe Biden has claimed multiple times to be the author of the original Patriot Act, saying it was based entirely on a bill he proposed in the wake of the Oklahoma City bombing of 1995.

Well now he has a chance to work on the reboot too, and they are always so much better when you can get the original creative team back together. 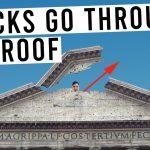