Street protests have allowed Nikol Pashinyan to become prime minister of Armenia. Ironically, the protests may also deprive him of the post.

Years of incompetent politics, harassment of opponents, constant personnel reshuffles and highly questionable orders have not done much for Nikol Pashinyan’s popularity. More and more Armenians are now calling for his resignation, but the prime minister is clinging to power, pushing the country into an abyss of chaos.

The conflict in unrecognised Nagorno-Karabakh, or more precisely its consequences, is at the root of the crisis. A new round of armed confrontation between Azerbaijan and Armenia was long overdue, only the Armenian authorities proved unprepared for it. In addition, Azerbaijan had enlisted Turkey’s support. In this situation Armenia pinned its hopes on Russia, but the Kremlin preferred to solve the problem in its own way. As a result, Armenia and Azerbaijan signed a ceasefire agreement through Putin’s mediation. The document obliged Armenia to give up some of its territories in the region.

Not without reason, many saw the deal as an act of surrender, but even defeat can be used for good. Pashinyan had the opportunity to introduce the idea of national unification. Instead, he chose to entrench divisiveness, responding to the calls of the opposition with repression.

Pashinyan’s statement about the ineffectiveness of the Iskander missile systems is noteworthy. These Russian systems are in service with the Armenian army and, according to Pashinyan, have not worked or have worked in 10 per cent of cases.  But these weapons were not used in the conflict at all. The Armenian premier has only provoked Moscow’s displeasure. His speaker Mane Gevorgyan’s recent apologies are unlikely to remedy the situation. Worse yet, Pashinyan has turned the country’s military leadership against him. He has tried before to shift the responsibility for the failure in Karabakh onto the military, and now he has finally crossed the line. The crisis intensified when Pashinyan fired Tiran Khachatrian, deputy chief of staff of Armenia, who had opposed the prime minister. After this, it was the General Staff that began to demand Pashinyan’s resignation. He was accused of shortsightedness and unreasonable political decisions. What did Pashinyan do? He accused the army of an attempted military coup.

Today we can say that the situation in Armenia is out of control. Pashinyan has no plan for a way out of the crisis. He throws around threats in a desperate bid to artificially hold on to power. Amusingly, Pashinyan also came to power through a so-called velvet revolution. He quickly enlisted the support of Europe and the United States. All the more hypocritical is the current behaviour of the Western world.
“We call on all parties to come to calm, restraint and to ease tensions peacefully and without violence,” the US embassy said in a statement.
Now let’s look at the statement from the US embassy in Georgia, where the situation is very similar. Opposition activist Nika Melia was recently detained there, and US diplomats were not shy about criticising the foreign government in a scathing press release.

“We are shocked by the divisive rhetoric used by Georgia’s leaders during the crisis. Violent methods and aggression are not the way to resolve Georgia’s political differences. Georgia today has taken a step backwards towards a stronger democracy within the Euro-Atlantic family of nations,” the US Embassy said.

Both countries are testing the strength of their democratic institutions, but Georgian elites are often threatened in very concrete terms, while Pashinyan has made tactful appeals. How does the situation in Armenia differ from that in Georgia? First of all, Pashinyan has always enjoyed the support of his Western partners. Bidzina Ivanishvili, head of Georgia’s ruling party, cannot boast of the same. But the West’s condescension towards the Armenian prime minister has another more worrying reason.

Whatever one may think of Vladimir Putin’s regime, peace in Nagorny Karabakh is the merit of the Kremlin. France and the United States, though they are the guarantors of the resolution of the conflict, have confined themselves to formal statements. Moreover, they did not pressurize their NATO partner Turkey, which used to supply Azerbaijan with equipment and mercenaries. In a world of endless geopolitical confrontation, the Russians’ success is a defeat for Western countries. Pashinyan can still correct this “injustice”.

He has already tried to sabotage agreements when he refused to withdraw paramilitary forces from the conflict zone. As a result several hundreds of Armenians have been captured by Azerbaijan. The chaos reigning in Armenia is quite conducive to the deal being scrapped.

A new round of confrontation near Russia’s borders will surely please those who seek to weaken this strategic adversary. But will the U.S. or the EU be able to earn Armenians’ trust after what has happened? Will they be able to stabilise the situation in the republic so that it really becomes a reliable partner for them rather than a recipient of endless financial support?

Ukraine, for example, chose the second option, because the Western countries, having once supported the revolution in Kiev, failed to see it through. They were unable to exert the necessary influence on Moscow to end the conflict that resulted from the revolution itself. They failed to ensure proper reforms in Ukraine itself. The fight against corruption and the oligarchs has also been lost. Now the Ukrainian economy cannot exist without tranches from the IMF. If the US and Europe do not want such an outcome for Armenia, they should reconsider their approach.

I make more then $12,000 a month online. It’s enough to comfortably replace my old jobs income, especially considering I only dbgb work about 11 to 12 hours a week from home.
I was amazed how easy it was after I tried it….. 𝐖𝐰𝐰.𝐉𝐨𝐛𝐜𝐚𝐬𝐡𝟏.𝐜𝐨𝐦 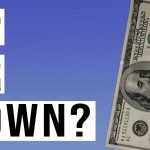 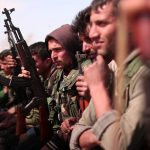