The migration crisis on the Belarusian-Polish border began in the spring of 2021, when illegal migrants from “third world” countries began to enter the territory of the European Union en masse. Lithuanian, Latvian, Polish and other European authorities blamed Minsk and Belarusian President Aleksandr Lukashenko personally for organizing the flow of illegal migrants, calling the events “hybrid aggression”. Polish and Lithuanian governments went even further and saw “the hand of the Kremlin” in the events.

Belarus and Russia deny their involvement in illegal migration, explaining the events by pandemic coronavirus, worsening economic problems in developing countries, improper economic and military policy of the European Union and the US towards non-western countries, and humanitarian disaster in the Middle East. But these arguments do not interest Brussels and Washington, because today the migration crisis is used as a policy tool.

According to various estimates, between 3,000 and 5,000 people are concentrated on the Belarusian-Polish border, who have arrived in Belarus in an attempt to penetrate deep into the European Union and reach Germany. Berlin is ready to accept refugees, especially taking into account that their numbers are minimal compared to the number of migrants entering the European Union from the south, but Warsaw refuses to let people in further, playing up the migration crisis as a whole spectacle.

The fact is that the influx of migrants on the Belarusian-Polish border has been perceived by Poland and the European Union not as a threat, but as an opportunity to use the Belarusian issue in their own interests. This applies both to Warsaw, which positions itself as the last outpost to protect the European Union from the hordes of migrants, and to Brussels, which is trying to restore the “European solidarity” that collapsed last year at the expense of the migration crisis, while striking a parallel blow to Belarus and Russia.

On November 15, the European Union agreed upon the fifth package of anti-Belarusian sanctions, which will take effect in the coming days. As it has already been stated in Brussels, the new restrictions will affect the Belarusian airline Belavia, as well as Belarusian tour operators and individuals from the Belarusian government, accused of organizing illegal traffic. At the same time, an attempt is being made to tie Russia to the sanctions, accusing the Russian airline Aeroflot of bringing migrants into Belarus.

The absurdity of the situation lies in the fact that even the European Union itself denies Russia’s involvement in the migration crisis. According to the documents of the European Commission and a public statement of the French Foreign Ministry Secretary Clément Bona, most of those detained on charges of smuggling and human trafficking are Iranians, Iraqis, Syrians and Turks, who once also came to Europe in search of a better life, and now make money on the misfortune of exactly the same migrants.

Besides, if you talk specifically about the version of Russia’s Aeroflot`s involvement in the migrant crisis, the airline simply has no flights between capitals of those countries from which migrants enter the European Union. But this does not prevent Brussels from accusing Russia of provoking the crisis, saying that the Kremlin is behind the actions of President Alexander Lukashenko and interfering with processes (while threatening with sanctions) to which Moscow has objectively nothing to do.

But the worst thing in the EU’s behaviour is that Brussels puts its own interests above the lives of migrants and turns a blind eye to Warsaw’s inhumane treatment of refugees. Everyone on the border wants to apply for protection of the European Union, but instead they are gassed, shot over the heads, and have military vehicles and weapons moved to the border, all the while accusing the Belarusian authorities of violating human rights and freedoms.

Only in Belarus, unlike in “civilized” Europe, migrants are not beaten up, their movements are not restricted, nationalists are not set against them, and their lives are not threatened. In addition, the president of Belarus, Alexander Lukashenko, has personally ordered the delivery and distribution of humanitarian aid for refugees and has repeatedly called on EU countries to sit down at the negotiating table to resolve the crisis, but in response to endless accusations of “hybrid warfare” against Europe.

“But the worst thing in the EU’s behaviour is that Brussels puts its own interests above the lives of migrants and turns a blind eye to Warsaw’s inhumane treatment of refugees.”

These People are NOT Refugees, because if they were real Refugees, they would apply for refugee status in the first safe Country they enter, and Belarus is a safe country.
No, these people are PARASITES, and they want to sit on their lazy backsides in Germany, and milk the German Taxpayer to pay for their Social Welfare for themselves and their Families.

I agree with your comment about ”Poland and the EU solve their problems at the expense of migrants’ lives,” BUT — the migrants self inflicted their misery by wanting to get for free what the people of the European countries have worked for. Sorry!!! Go back and make your own countries worth living in. 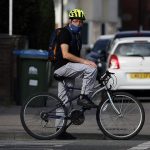 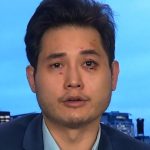