Next time you hear Joy Reid or some other race-hustler whining about a so-called racial wealth gap, you can rebuff this ludicrous argument with two words: Phil Ivey. Who is Phil Ivey? The dude in the photograph. He is also one of the best poker players in the world if not history with well over thirty million dollars in tournament winnings and ten World Series Of Poker bracelets to his credit. He plays cash games too, but in spite of his impressive CV, he doesn’t always win.

In this video, another leading poker player comments on a hand Ivey played recently, a no limit hold ’em cash game with a $100, $200, $400 blind structure. You heard that right, normally there are two blinds, but here there are three, so simply to see the flop costs a minimum of $400. In this particular hand, Ivey raises with terrible cards: 3-4 off-suit. He gets heads up with Phil Galfond and it is $1,600 simply to see the flop.

Galfond is some eight years Ivey’s junior and has less than three million dollars in tournament winnings to his credit with only three World Series Of Poker Bracelets. Only?

Okay, he is no slouch, but after calling Ivey’s raise with AJ he is faced with a flop of KQJ. Before the flop he was 64% plus to win the hand, good but far from overwhelming odds. After the flop he is 97% plus to win; if the hand is played to a finish, Ivey can win only if he hits 4-4 or 3-3, and he can tie with 10-A on the turn and river.

For whatever reason, Galfond doesn’t give him credit for even AK – a standard pre-flop raising hand; he plays to the very end without improving, calling a seventeen thousand dollar bet on the river and winning a fifty-three thousand dollar plus pot, so Ivey has just wasted twenty-six thousand dollars on a single hand of poker.

True, while all money lost at the poker table is wasted by the people who lose it, the winners don’t think so, and that includes not simply other poker players but casino staff, pundits, all the workers in spin-off industries. Meanwhile, ordinary working people of all races and those who cannot find gainful employment struggle to keep their heads above water.

Phil Ivey may be the world’s most successful black poker player, but he is far from the only one. There are also currently 12 black billionaires in the United States, which likewise makes the concept of a racial wealth gap sound silly. Of course, when politicians like Alexandria Ocasio-Cortez talk about any sort of wealth gap, their solution is to fix it by taxing (stealing) the wealth of the ultra-rich and the just plain rich then giving it to the rest of us – after deducting “reasonable” costs such as the salaries of IRS agents, government spies, and a small army of bureaucrats. Or maybe not such a small army.

Clearly the current system isn’t working, although it was working a lot better under Donald Trump, but just as clearly, stealing the wealth of the super-rich and the just plain rich doesn’t benefit anyone in the long run, or even in the short run. If shared among his fellow American blacks, Phil Ivey’s lifetime earnings would amount to around a dollar per person. If the combined wealth of America’s black billionaires were shared similarly, it would amount to less than $1,300 per person. Reparations indeed. 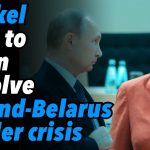