The whole planet is enthralled, appalled, shocked and awed by the spectacle of democracy as enacted under the shadow of messianic imperialism – complete with a slew of slimy, smoking gun October Surprises.

We’re in total Frank Underwood territory. And as befits the ultimate “society of the simulacrum” pictured by Baudrillard back in the swingin’ 1980s, all those similarities with a Wrestlemania spectacular are obviously not mere coincidence.

Let’s start with the polls.

All manner of polls are circulating like whirling dervishes. Most highlight myriad Dem paths to victory and an inexorable Highway to Hell for Trump. A poll by The Economist gives Joe “Walking Dead” Biden a whopping 91% chance – remember Hillary in 2016? – of winning the Electoral College.

A Dem-fueled consensus is emerging that Trump – relentlessly depicted as a deranged, lunatic proto-fascist who’s bad for business worldwide – will dispute results in any Republican-led state which he may narrowly lose, as in Arizona, Florida, Michigan, North Carolina, Pennsylvania and Wisconsin.

Yet on the campaign trail, it’s a completely different story. Evidence shows that on The Walking Dead’s rallies, there are more people from the Biden bus and reporters than flesh-and-blood Dem voters. The Biden-Harris campaign, demonstrating its matchless P.R. skills, spins these rallies as campaign secrets.

Team Trump’s long-shot strategy seems to have been unveiled by the President himself: “We are going to be counting ballots for the next two years (…) We have the advantage if we go back to Congress. I think it’s 26 to 22 or something because it’s counted one vote per state.”

That was a reference to the 12th Amendment to the Constitution: if state electors can’t agree on a president, the decision goes to the House. And then each of the 50 states gets one vote. So picture small GOP-controlled states such as Alaska, North Dakota, South Dakota, and Wyoming (each with one Republican in the House) having the same weight as California (52 members in the House, 45 of them Democrats.)

Advantage Trump: as it stands, it’s indeed 26 to 22, with two – Pennsylvania and Michigan – basically tied.

Internal GOP polls show that while the Biden-Harris campaign is not knocking on any doors, Trump volunteers have actually swarmed no less than 20 million homes in swing states.

Combine it with a new Gallup Poll showing that 56% of Americans state they are better off now under Trump than four years ago under Obama/Biden. Call it the return of “It’s the economy, stupid.”

The Trafalgar Group – which correctly called the 2106 election – bets that Trump narrowly wins the Electoral College with 275 votes.

And to top it off, something more exotic than a black hole eating a star has happened in this October Surprise-laden week: CNN decided to practice real journalism and  eviscerated Nancy Pelosi on camera.

That may be quite a bad omen for President-in-Waiting Kamala Harris, who very few remember was forged as the heir to the Obama-Pelosi axis in a secret meeting in the Hamptons way back in the summer of 2017.

That’s a slam dunk. For Republicans, the top bagman is casino schemer Sheldon Adelson – who literally bought Congress for a paltry $150 million. For Democrats, it’s Haim Saban – who owns his own think tank and is Hillary’s go-to moneyman. The Dem dementia is essentially a bagman op.

To make it even more digestible, both Adelson and Saban are rabid Israeli-firsters. A dissident Beltway intel op cuts all corners: “The Mafia front man Sheldon Adelson financed Trump for Israeli insurance even though Israel was for Hillary.”

Four years ago, selected New York sources I was in touch with correctly called the election result at least 10 days before the fact.

One of these, a New York business tycoon intimate with assorted Masters of the Universe in control of Wall Street, once again goes to the jugular:

“The Deep State governs both Republicans and Democrats. Trump has to work within the system. He knows it. I am a friend of Donald and I know he wants to do the right thing. But he is not in charge. He certainly wants to be friends with Russia and China. He is a businessman. He wants to make deals with countries not fight them. We were among those who set the main campaign features for him in 2016: stop rigged currencies destroying domestic industries, stop unlimited immigration destroying the lower classes wages and encourage detente with Russia and China. Largely nothing has happened in four years.”

Still, adds another New York player, “Trump does 90% of what they want anyway. Better to keep a villain at the top to blame and keep the proles running in circles.”

On the financial front, that will never be admitted publicly: but Wall Street, while projecting a mere pro-Dem façade, is not interested in a Democrat “sweep”, because that would tank Wall Street stocks. A contested/protracted election would go the same way – with Goldman Sachs projecting a nightmare scenario of the S&P down to only 3,100 points.

Thus the preferred, hush hush, Wall Street scenario: a Trump win and more juicy tax cuts – in parallel with the sentiment that Wall Street’s priority is for the Fed to keep showering trillions of dollars in helicopter money whatever happens. After all the only “policy” in town is that Wall Street turned the Fed into a hedge fund.

For its part, what Team Trump certainly does not want is the Great Reset – to be officially “launched” at a virtual Davos in January 2021.

And all this while Goldman Sachs, once again, is adamant that the only way to “save” the nation from it humongous, ever-exploding debt is to devalue the U.S. dollar.

In the shadow play – or Wrestlemania plot – of Trump’s face-off against the Deep State, another of those New York players confirms that, “Trump was not allowed to do much of his agenda. That shows you where the real power is. The military-industrial complex wants Trump in as he is giving them everything they want for a giant military buildup. But Biden will not make that commitment.”

Clapper, Brennan, Comey and Mueller “were just following orders and are being protected.” As for warmongering narcissistic hyena Hillary Clinton, she needs a Biden/Harris win essentially to stay out of jail, a follow-up to a “secret” deal struck with Obama which had her bow out to the former President as the de facto leader of the vast DNC machinery… 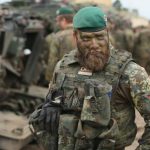 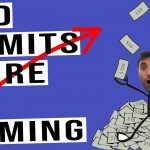