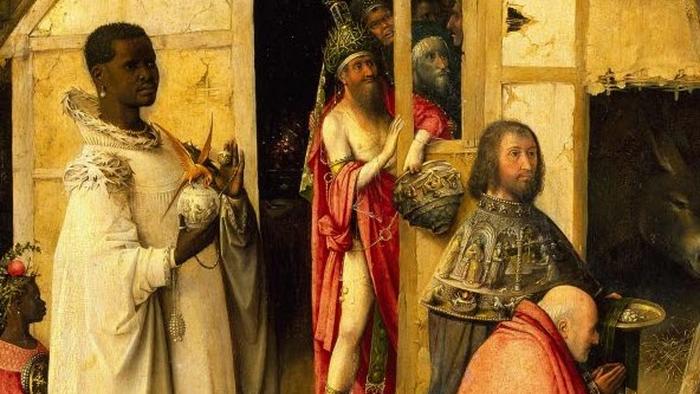 Let’s hit the road in the search for the real Jesus.

Galilee, Year 27: baptized by an itinerant preacher, John the Baptist. That’s when the story really begins. We know virtually nothing of his life till then.

Galilee is ruled by shabby client kings of the Roman empire – first Herod, then his son Herod Antipas. Jesus only enters imperial jurisdiction later, when he moves to Judaea, a Roman province since Year 6.

Galilee is all about agricultural and fishing land, surrounded by way more sophisticated Greeks and Phoenicians. Jesus grows up in a context of simple peasant life; increasing taxes; population explosion; and then non-stop fragmentation of peasant land, causing the proverbial pressures on traditional family life.

Social oppression inevitably had to engender resistance – in the form of budding peasant unrest. Talk about quite fertile ground for the proliferation of charismatic spiritual leaders.

Yet who was Jesus The Man, really? A Jewish holy man? A prophet? A magician? A miracle man? A peasant leader? A revolutionary? Prefiguring Walt Withman, he did “contain multitudes”. He was indeed all things to all men.

What we seem to know for sure is that he had charisma in spades – and exuded natural authority.

The Synoptic Gospels point to problems with Mom and his brothers. Yet he never abandoned his followers – those twelve specials, all from very humble backgrounds, except Matthew (a tax collector).

He lived on the (dusty) road – full time, and that was not exactly comfortable. He was at ease with everyone – prostitutes included.

As a preacher, he was a master of P.R. He talked in parables – easily grasped by small agricultural communities. That’s where he felt really at home.

So Jesus was a rural, not urban, phenomenon. He specially appealed to those who were ill – mentally and physically. He built up a solid reputation as a healer: all those miracle cures – especially exorcisms. And the whole lot interpreted as a sign of holiness.

Jesus was a Palestinian Jew. His followers were overwhelmingly Jews – those peasants destabilized by heavy taxation of their lands and ingloriously clashing with the corruption of Herod’s political machine.

Jesus focused on the imminence of God’s kingdom. But what did he really mean? The Gospels don’t make it easier. Much of his preaching is inclusive. Yet sometimes he would refer to a “Last Judgment” in which the wicked will be punished and the good will be rewarded.

Essentially, he was a millenarian prophet. But as much as he was striving for moral renewal, he was delivering a social message – where the “kingdom” to come represented the Triumph of the Outcast. What that really mean, in practice, was possibly a renewal of family and village community life.

Whatever he was really up to, the Powers That Be feared Jesus. After all he was way too popular. And even if he did not advise armed resistance, Power could not but be very worried by a charismatic leader with miraculous attributes dazzling the crowds.

Jesus may have sensed he was a target. And that’s what may have provoked the move to Judaea – possibly in Year 30. And then to Jerusalem.

Jerusalem may have been the Holy Grail. The apex of his mission – as he finally sensed he was ready to confront the powers behind the Temple.

He made a Jerusalem entrance that was nothing short of epic, riding a donkey – as if fulfilling a prophecy (Zechariah) that “a king” would enter Jerusalem on a donkey. In Matthew, the crowds actually call him “Son of David”.

Jerusalem was buzzing with people getting together for Passover. And last but not least, Roman governor Pontius Pilate and his troops were also in town, freshly arrived from Caesarea – the Roman HQ in the province – and obsessed with maintaining order.

Enter Caiaphas, the high priest: a canny, vastly experienced political operator, who managed for years to get the support of the Jews while placating his Roman overlords.

Now imagine the scene – worthy of a Scorsese epic: an outsider, itinerant preacher from Galilee, arriving in the mean streets with his posse, all speaking in weird accents, with the crowds shouting he may be the Messiah.

And then, the ultimate set piece: he enters the Temple, by himself, and overthrows the tables of the moneylenders. What did he really want?

1. To graphically stress the end of the old order – Temple included – and the coming of the “new kingdom”.

2. To express – politically – the growing popular revolt against the ruling elite.

And by a simple twist of fate, that’s when he sealed his destiny.

The Jewish priests had to be placated. They feared Roman retaliation. And then Caiaphas saw his opening, telling them – according to the Gospel by John – “it is better for one man to die for the people”.

And that’s how Jesus the Outsider was used as only a pawn in their game to maintain order in Jerusalem.

He was now free to enter History as a larger than life Martyr, Savior, and Myth.

Now we can see why the elites did not like opposition then, and why they have to burn

the Christian cathedrals now in a time of “peace”. 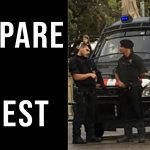 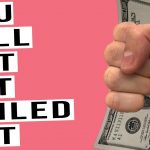