Via The Boston Herald (https://www.bostonherald.com/2020/10/10/battenfeld-nancy-pelosi-bill-on-25th-amendment-a-transparent-power-grab/)…

It won’t work — and actually could backfire on Democrats if voters think the House speaker is trying to capitalize on Trump’s coronavirus diagnosis.

Pelosi claims the bill has nothing to do with Trump, yet at the same time, she says, “We are reminded of the necessity of action by the health of the current president.”

Right. Suddenly we have to introduce this bill now, but it’s about “future presidents.”

The only future Pelosi is thinking about is her own.

But Pelosi is not crazy — it’s actually worse. She’s deviously conjured up this bill to determine when a president is too incapacitated to lead in order to score political points off Trump’s illness. It reinforces Democrats’ attempts to raise doubts about Trump’s mental and physical health just as he’s attempting to return to the campaign trail this weekend.

While the USA election is the focus we should also be aware of the current global context in which we all exist.

I mean she must be accessible yes? She must be in public multiple times a day, so why is she doing this?

WTF has any of this to do with communism?

The oversight by a few individuals to recommend a President’s diminished capacity and removal has every aspect required for potential abuse of power. Obviously, this panel (or Commission) would become highly politicized, or even worse a singly partisan entity. This type of power resembles that of politburo oversight.

But why communism? It’s a classic power grab as you rightly say, but that has nothing to do with one ideology over another. What irks me is the mud slinging and infering something that is factually questionable or incorrect. We know the democrats are classic contortionists and liars, something proven time after time, but to stretch it being in the name of communism, a banner all to often misrepresented by both sides, is not only unfair and inaccurate, but lazy and right now bloody dangerous. Please bear in mind the greatest critics of an ideology often turn out to be… Read more »

Would not the president have to sign any such bill?

This is a nonstarter. The amendment says that if the president responds that he is indeed OK, it takes a two thirds vote of both houses of congress to override him. That is never going to happen. See section 4. 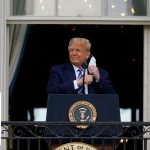 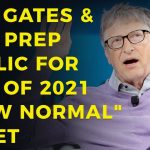