Patrick Byrne claims that he was complicit in facilitating a bribe for Hillary Clinton in the amount of $18M on behalf of the FBI in January 2016. The bribe, which she accepted, was then going to be used by members of the Obama administration against Hillary after she was elected.

BREAKING: Kharkiv Mayor Hennadiy Kernes has reportedly died. He had been seriously ill for the past few months and was receiving medical treatment in Germany

Couldn’t be novichok. He died.

Speaking of which, here’s something I didn’t know.

The jig is up for Russia. A whole team of lethal novichokers tailed Navalny for 3 years just waiting for an opportunity to slip him an annoying dose or two and give him a major migraine and jock itch.

Who actually repeats this shit with a straight face? Oh I forgot…The Moscow Times.

It took three years for Navalny to drop his guard…. and his underpants.

Next we’ll be learning that his minder Maria was a double agent.

Of course she was……MI6 and CIA.

Is that a proto-mustache on her face there?

That was a leftover from her 2016 strategy to woo the LGQBLT vote.

That was a really good surmise of Hilary being bribed to keep her in check for Obama’s use. Also, Biden being used as a dupe in order to put Karmala into the hot seat on behalf of Obama.

Alex, When I would rib one of my buddies why his favorite, Barack Obama, was such a disappointment and was not changing anything, he would respond by suggesting that maybe the establishment was blackmailing him. After watching this video (which I’m not sure of its veracity), watching the last four years, maybe he was right. Perhaps the powers that be routinely blackmail US presidents (or try to) to keep them in line. Comey tried to intimidate Trump with the dossier, the FBI now has Hunter’s laptop, Byrnes claims about bribing Hilary … what a tangled web and sordid place is… Read more » 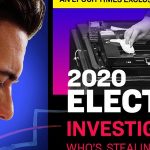 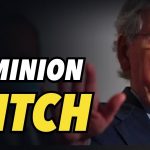