Prime Minister Imran Khan of Pakistan will remain in office after the no-confidence motion to be voted on today was rejected. President Arif Alvi has dissolved the National Assembly after the Deputy Speaker suspended the session and rejected the no-confidence motion on grounds of it being part of a ‘foreign conspiracy, and Khan has asked his nation to prepare for elections.

It had appeared that Khan might have been voted out of office after he lost his majority in the National Assembly on Wednesday when a key ally quit his coalition, which could give the opposition the 172 votes in the 342-seat house needed to force him out.

The letter from the US may be what saved his political life. “We know which are the places from where the pressure is being exerted on us. We will not compromise on the interest of the country. I am not leveling allegations, I have the letter which is the proof,” Khan said waving the letter in his hand.

“We will not leave parliament until both decisions [rejection of no-confidence motion and dissolution of assemblies] are reversed,” said Pakistan Muslim League-Nawaz leader Maryam Aurangzeb. The Supreme Court has been asked by the opposition to examine the National Assembly’s moves.

“I will fight until the last ball,” the former cricket star turned politician said. Khan had said in his address to the nation, “I never wanted to be a slave to any country. When I came to power I decided we will have an independent foreign policy.” He added that times have changed and his government “wouldn’t accept the slavery of others. We will forge friendships with everyone. We won’t become slaves.”

Khan accuses the US of wanting regime change

Khan has claimed that the US “threatened” him and is seeking to oust him from office as he faced a no-confidence vote in the Pakistan National Assembly. On Sunday, he told the crowd at a rally in his support that a foreign country was conspiring against him and his political opponents working at its behest. He claimed foreign funds in the hands of his political enemies were trying to topple his government to take control of the foreign policy of Pakistan.

In a live televised address to the nation on Thursday Khan said, “Today, I have to talk about something important about the country’s future. I decided to do this address live because Pakistan is at a defining moment and we have two paths ahead of us.”

The letter was an official diplomatic cable from the US to Pakistan which stated, “If the vote of no confidence succeeds, we will forgive you. If it does not succeed, and Imran Khan remains the prime minister, then Pakistan will be in a difficult situation.”

“I will never let this conspiracy succeed, come what may,” Khan said.

Reasons why the US would like to oust Khan

The US wants Khan out because he had been pursuing an independent foreign policy and was visiting Russian President Vladimir Putin on the day he launched the attack on Ukraine. Pakistan afterward refrained from participating in a UN Security Council vote on a resolution denouncing Russian aggression toward Ukraine. Khan chastised the 22 UN envoys for urging Pakistan to denounce Russia, and was quoted as asking the envoys, “Are we slaves and act according to your wishes?”

Khan attended the Feb. 4 opening ceremony of the 2022 Winter Olympics in Beijing, while the US boycotted the ceremony. China is Pakistan’s largest investor, with over $60 billion in projects under the China-Pakistan Economic Corridor. Following a meeting of the two countries foreign ministers in Islamabad, the Chinese Foreign Ministry stated that both countries expressed concern about the spillover effects of unilateral sanctions imposed on Russia because it invaded Ukraine.

Sherman said, “We don’t see ourselves building a broad relationship with Pakistan, and we have no interest in returning to the days of hyphenated India-Pakistan,” she added. “That’s not where we are. That’s not where we’re going to be.”

Senior Pakistan government officials said after the Sherman visit that there was diplomatic tension between the two countries that needed to be resolved and that Khan was angry that he had still not received a phone call from Joe Biden. In Biden’s speech marking the completion of the military withdrawal from Afghanistan on 31 August, he said the new emphasis would be on regional diplomacy. The decision not to call Khan was a signal of Washington’s displeasure with Khan’s attitude to Afghanistan.

Khan has described the Taliban takeover as “breaking the chains of slavery”. The US wants Pakistan to maintain international solidarity in withholding recognition of the Taliban while pressing for women’s rights and other democratic principles. Since 9/11, the US has seen Pakistan as part of the Afghan problem.

Zahid Hussain, the author of “No-Win War: the Paradox of US-Pakistan Relations in Afghanistan’s Shadow”, said that relations were at their lowest ebb. “There is a lack of hope that the relations will get better, as the things are not moving towards rapprochement between both countries. Today, we don’t see the strategic relations between the US-Pakistan – it is only a transactional relation now,” he said.

History of US regime change

In “America Invades: How We’ve Invaded Or Been Militarily Involved With Almost Every Country on Earth,” authors Christopher Kelly and Stuart Laycock define “invasion” as “an armed attack or intervention in a country by American forces.” According to their book, the United States has invaded or fought in 84 of the 193 countries recognized by the United Nations and has been militarily involved with 191 of 193 – a staggering 98 percent.

The Ukraine side-effects in India

Prime Minister Narendra Modi’s government has been pushing back against pressure from the US. India has not condemned Moscow’s attack on Ukraine, saying only that Russia and Ukraine should end hostilities and seek a diplomatic solution through dialog.

Russia will decrease its use of the US dollar for trade with countries such as India and hailed New Delhi as a friend that was not taking a “one-sided view” on the Ukraine war.

The US, the EU, the UK, and Canada have banned certain Russian banks from SWIFT, the high-security network that facilitates payments among 11,000 financial institutions in 200 countries. Russia is offering a SWIFT alternative to India involving rupee-rouble-denominated payments using Russia’s messaging system SPFS, a system developed by the Russian central bank for bilateral payments.

India will allow Moscow to invest and borrow in the domestic market, which is a return gesture for the Russian offer of selling India oil at a whopping 25 to 30 percent discount. The decision is to allow Russia to pay for these investments through a Reserve Bank of India account that has existed for three decades, with funds having accumulated pending payments for defense purchases made from Moscow. India may later be a target for the US-sponsored regime change plans.

The vast majority of the world has either been neutral or sided with Russia, many of those human majority countries have been bombed by the empire, with No one held to account for lives lost.. Imran Khan has a right to tell America to f**k themselves as America doesn’t care about killing Pakistans citizens in air strikes, so why should he denounce Russia..

“The vast majority of the world has either been neutral (means sided too) or sided with Russia” – THAT IS HOW IT NEED TO BE !!

I think this report is a week old. The Pakistani supreme court rejected Khan’s position and cancelled elections. The confidence vote will be going ahead.

Robert I Bruce
Reply to  Michael 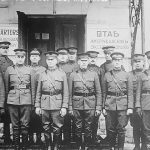