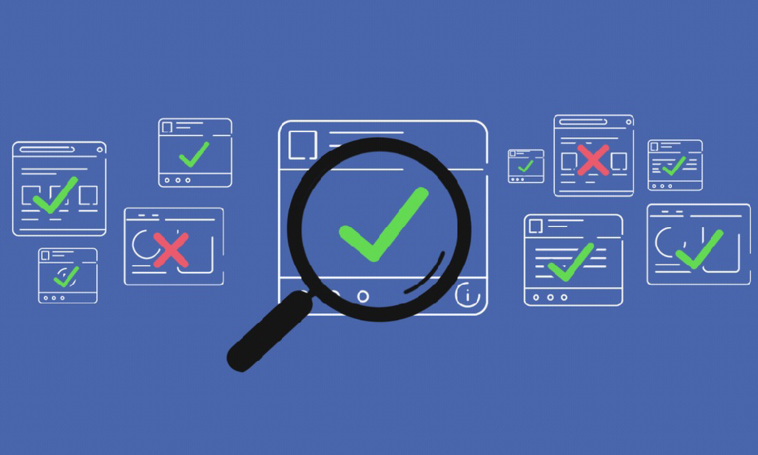 On the 27th of June OffGuardian published an article by Torsten Engelbrecht and Konstantin Demeter titled “COVID19 PCR Tests are Scientifically Meaningless”, on July 7th Politifact published a “fact check” response to this article, without contacting either OffGuardian or the authors for comment. Below is the author’s response, an email to which no member of the PolitiFact team has yet responded.

My name is Torsten Engelbrecht and I am journalist in Hamburg, Germany. On July 7, you claim in a piece that my OffGuardian article “COVID19 PCR Tests are Scientifically Meaningless” (co-authored by Konstantin Demeter) is “inaccurate.”

Unfortunately, your piece is unsubstantiated from start to finish. This is a very serious issue, not least because Facebook has flagged our article as false news. To clarify this issue please answer the following questions (at least in short):

1. You claim that our assertion that “The existence of SARS-CoV-2 RNA is based on faith, not fact” is “inaccurate.” To compare the DNA of the alleged father and the child one must ensure that the DNAs are extracted from the bodies of the alleged father and the child. This entails forensic precautions to identify two separate individuals prior to obtaining their blood or other tissue samples for analysis. The same standard applies to the identification of virus particle RNA and proteins.

When cells, cellular debris and particles are mixed in a culture, the only way of determining which RNA and proteins are viral is by separation of the particles from all the non-viral material. In a paternity suit the genome can be obtained from a single “particle” (father/child).

However, since the viral genome cannot be procured from a single particle, one must obtain it from a large mass of identical, that is, purified particles. Or at least material that does not contain extraneous RNA. This is an extremely simple concept readily understood even by the layman.

That is to say, if there is no evidence for purification (as we outline in our OffGuardian article), how is it possible to claim that the RNA obtained is a viral genome?

How can such RNA be widely used for the diagnosis of infection with a new virus? And then, how can the PCR test be “eminently suitable for viral detection”?

2. You claim that our “article is inaccurate” because “polymerase chain reaction (PCR) tests are among the most common and reliable ways to test for the coronavirus.”

Do you really want to say that “common” is proof for accuracy?

As outlined in our article, so-called SARS-CoV-2 PCR tests are meaningless because…

In which ways are these statements wrong?

3. To back your claim you are citing a fact sheet of the Centers for Disease Control and Prevention (CDC) saying “the test is ‘designed to detect the virus that causes COVID-19 in respiratory specimens, for example nasal or oral swabs.’”

Why should a statement of the CDC be evidence that anything is factually correct? Do you have complete faith in what the CDC says?

In our article we cite instruction manuals of RT-PCR tests which say exactly the opposite, among them the “CDC 2019-Novel Coronavirus (2019-nCoV) Real-Time RT-PCR Diagnostic Panel” file in which it says:

Detection of viral RNA may not indicate the presence of infectious virus or that 2019-nCoV is the causative agent for clinical symptoms.”

Does that not contradict what you claim?

Why does the CDC test, as well as all others, have a “Research Use Only” approval if they supposedly are so reliable?

As we also mention in our article, on April 4 2020 the WHO officially advised that all tests using the E-gene assay (which usually is one of two or three assays used in many tests) should be regarded as positive even if just the E-gene assay resulted positive.

But how can one draw that conclusion when one considers alone that the E-gene assay likely detects all Asian viruses, as stated in Corman et al., for example?

4. As outlined in our article:

Another essential problem is that many PCR tests have a ‘cycle quantification’ (Cq) value of over 35, and some, including the ‘Drosten PCR test’, even have a Cq of 45… The inventor himself, Kary Mullis… stated: ‘If you have to go more than 40 cycles to amplify a single-copy gene, there is something seriously wrong with your PCR.’… In a recent podcast interview [Stepehn. A.] Bustin points out that… a Cq in the 20s to 30s should be aimed at and there is concern regarding the reliability of the results for any Cq over 35.”

So how can so-called SARS-CoV-2 PCR tests be “not scientifically meaningless,” as you claim, if they have a Cg of over 35 or even 45?

5. You claim that our assertion that inventor of the PCR test, Kary Mullis, “regarded the PCR as inappropriate to detect a viral infection” is “false.” And to back this claim you write:

In a fact-check, Reuters rated that claim false — the source is a 1996 article about HIV/AIDS. It does not say PCR tests are ineffective for detecting viruses.”

How can a so-called “fact-check” by Reuters based on a 1996 article as source show that our assertion about Mullis is false when the source of the mentioned statement in our article is not the source your quoted Reuters piece is based on (which is the 2020 article “The Corona Simulation Machine: Why the Inventor of The ‘Corona Test’ Would Have Warned Us Not To Use It To Detect A Virus” written by Celia Farber)?

We write that Kary Mullis “regarded the PCR as inappropriate to detect a viral infection,” while you claim that the Reuters piece on which your claim is based on “does not say PCR tests are ineffective for detecting viruses.”

But “to detect a viral infection” and “to detect viruses” are not the same thing.

This also shows how imprecise your reasoning is. You don’t seem to know that to detect a viral infection, you need to find millions and millions of viral particles, not just one or a few viruses or fragments of them.

And the Reuters piece you are referring to states very well and clearly what we write, that Mullis said that “the PCR as inappropriate to detect a viral infection” because in the Reuters article it says [emphasis added]:

PCR is intended to identify substances qualitatively, but by its very nature is unsuited for estimating numbers. Although there is a common misimpression that the viral load tests actually count the number of viruses in the blood, these tests cannot detect free, infectious viruses at all.”

So why is it not correct to state that Kary Mullis “regarded the PCR as inappropriate to detect a viral infection”?

Against this background we also state in our article that the term “viral load” is deception” and also that the experiment “to prove beyond any doubt that the PCR can measure how much a person is ‘burdened’ with a disease-causing virus…has not yet happened.”

Do you know of any such solid experiment?

6. You claim that we lay “out several (inaccurate) theories about PCR tests. None of them prove that the tests are ‘scientifically meaningless.’” But in fact, we lay out technical facts.

Which “inaccurate theories” are you referring to?

7. You claim that our assertion that “There are no distinctive specific symptoms for COVID-19” is “inaccurate.”

Which are the distinctive specific symptoms for COVID-19 that has never been observed in another known disease?

Only by accurate testing has China, South Korea and many other countries been able to hunt down future victims and bring the virus plague under control.

And so, why is the public so gullible as to believe fiction over provable fact?
But surely, it has something to do with the conscience and the desire to go down any blind alley that promises something for nothing,

Seems obvious that getting people to hand over there DNA by the billions is making some quite happy. I on the other hand yell out my truck window when passing testing stations “you’re all fucking idiots”. It’s scary to see how stupid the masses have become, Biden just may win from what I’ve seen of the lines for testing in late July at 104deg outdoor temp no less.

Is your DNA ‘exceptional’? 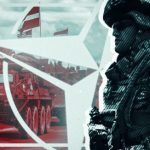 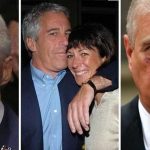