Authored by John Solomon via The Hill…

As Donald Trump began his meteoric rise to the presidency, the Obama White House summoned Ukrainian authorities to Washington to coordinate ongoing anti-corruption efforts inside Russia’s most critical neighbor.

The agenda suggested the purpose was training and coordination. But Ukrainian participants said it didn’t take long — during the meetings and afterward — to realize the Americans’ objectives included two politically hot investigations: one that touched Vice President Joe Biden’s family and one that involved a lobbying firm linked closely to then-candidate Trump.

U.S. officials “kept talking about how important it was that all of our anti-corruption efforts be united,” said Andrii Telizhenko, then a political officer in the Ukrainian Embassy in Washington tasked with organizing the meeting.

Telizhenko, who no longer works for the Ukrainian Embassy, said U.S. officials volunteered during the meetings — one of which was held in the White House’s Old Executive Office Building — that they had an interest in reviving a closed investigation into payments to U.S. figures from Ukraine’s Russia-backed Party of Regions.

That 2014 investigation was led by the FBI and focused heavily on GOP lobbyist Paul Manafort, whose firm long had been tied to Trump through his partner and Trump pal, Roger Stone.

Agents interviewed Manafort in 2014 about whether he received undeclared payments from the party of ousted Ukrainian President Viktor Yanukovych, an ally of Russia’s Vladimir Putin, and whether he engaged in improper foreign lobbying.

The FBI shut down the case without charging Manafort.

Telizhenko said he couldn’t remember whether Manafort was mentioned during the January 2016 meeting. But he and other attendees recalled DOJ officials asking investigators from Ukraine’s National Anti-Corruption Bureau (NABU) if they could help locate new evidence about the Party of Regions’ payments and its dealings with Americans.

“It was definitely the case that led to the charges against Manafort and the leak to U.S. media during the 2016 election,” he said.

That makes the January 2016 meeting one of the earliest documented efforts to build the now-debunked Trump-Russia collusion narrative and one of the first to involve the Obama administration’s intervention.

Spokespeople for the NSC, DOJ and FBI declined to comment. A representative for former Obama national security adviser Susan Rice did not return emails seeking comment.

Nazar Kholodnytskyy, Ukraine’s chief anti-corruption prosecutor, told me he attended some but not all of the January 2016 Washington meetings and couldn’t remember the specific cases, if any, that were discussed.

But he said he soon saw evidence in Ukraine of political meddling in the U.S. election. Kholodnytskyy said the key evidence against Manafort — a ledger showing payments from the Party of Regions — was known to Ukrainian authorities since 2014 but was suddenly released in May 2016 by the U.S.-friendly NABU, after Manafort was named Trump’s campaign chairman: “Somebody kept this black ledger secret for two years and then showed it to the public and the U.S. media. It was extremely suspicious.”

Kholodnytskyy said he explicitly instructed NABU investigators who were working with American authorities not to share the ledger with the media. “Look, Manafort’s case is one of the cases that hurt me a lot,” he said.

“I ordered the detectives to give nothing to the mass media considering this case. Instead, they had broken my order and published themselves these one or two pages of this black ledger regarding Paul Manafort.”

“For me it was the first call that something was going wrong and that there is some external influence in this case. And there is some other interests in this case not in the interest of the investigation and a fair trial,” he added.

Kostiantyn Kulyk, deputy head of the Ukraine prosecutor general’s international affairs office, said that, shortly after Ukrainian authorities returned from the Washington meeting, there was a clear message about helping the Americans with the Party of the Regions case.

“Yes, there was a lot of talking about needing help and then the ledger just appeared in public,” he recalled.

Kulyk said Ukrainian authorities had evidence that other Western figures, such as former Obama White House counsel Gregory Craig, also received money from Yanukovych’s party. But the Americans weren’t interested: “They just discussed Manafort. This was all and only what they wanted. Nobody else.”

NABU leaked the existence of the ledgers on May 29, 2016. Later that summer, it told U.S. media the ledgers showed payments to Manafort, a revelation that forced him to resign from the campaign in August 2016.

A Ukrainian court in December concluded NABU’s release of the ledger was an illegal attempt to influence the U.S. election. And a member of Ukraine’s parliament has released a recording of a NABU official saying the agency released the ledger to help Democratic nominee Hillary Clinton’s campaign.

The other case raised at the January 2016 meeting, Telizhenko said, involved Burisma Holdings, a Ukrainian energy company under investigation in Ukraine for improper foreign transfers of money. At the time, Burisma allegedly was paying then-Vice President Joe Biden’s son Hunter as both a board member and a consultant. More than $3 million flowed from Ukraine to an American firm tied to Hunter Biden in 2014-15, bank records show.

According to Telizhenko, U.S. officials told the Ukrainians they would prefer that Kiev drop the Burisma probe and allow the FBI to take it over. The Ukrainians did not agree. But then Joe Biden pressured Ukrainian President Petro Poroshenko to fire Ukraine’s chief prosecutor in March 2016, as I previously reported. The Burisma case was transferred to NABU, then shut down.

The Ukrainian Embassy in Washington on Thursday confirmed the Obama administration requested the meetings in January 2016, but embassy representatives attended only some of the sessions.

“Unfortunately, the Embassy of Ukraine in Washington, D.C., was not invited to join the DOJ and other law enforcement-sector meetings,” it said. It said it had no record that the Party of Regions or Burisma cases came up in the meetings it did attend.

Ukraine is riddled with corruption, Russian meddling and intense political conflicts, so one must carefully consider any Ukrainian accounts.

But Telizhenko’s claim that the DOJ reopened its Manafort probe as the 2016 election ramped up is supported by the DOJ’s own documents, including communications involving Associate Attorney General Bruce Ohr, his wife, Nellie, and ex-British spy Christopher Steele.

Nellie Ohr and Steele worked in 2016 for the research firm, Fusion GPS, that was hired by Clinton’s campaign and the Democratic National Committee (DNC) to find Russia dirt on Trump. Steele wrote the famous dossier for Fusion that the FBI used to gain a warrant to spy on the Trump campaign. Nellie Ohr admitted to Congress that she routed Russia dirt on Trump from Fusion to the DOJ through her husband during the election.

DOJ emails show Nellie Ohr on May 30, 2016, directly alerted her husband and two DOJ prosecutors specializing in international crimes to the discovery of the “black ledger” documents that led to Manafort’s prosecution.

“Reported Trove of documents on Ukrainian Party of Regions’ Black Cashbox,” Nellie Ohr wrote to her husband and federal prosecutors Lisa Holtyn and Joseph Wheatley, attaching a news article on the announcement of NABU’s release of the documents.

Bruce Ohr and Steele worked on their own effort to get dirt on Manafort from a Russian oligarch, Oleg Deripaska, who had a soured business relationship with him. Deripaska was “almost ready to talk” to U.S. government officials regarding the money that “Manafort stole,” Bruce Ohr wrote in notes from his conversations with Steele.

The efforts eventually led to a September 2016 meeting in which the FBI asked Deripaska if he could help prove Manafort was helping Trump collude with Russia. Deripaska laughed off the notion as preposterous.

Now we have more concrete evidence that the larger Ukrainian government also was being pressed by the Obama administration to help build the Russia collusion narrative. And that onion is only beginning to be peeled.

But what is already confirmed by Ukrainians looks a lot more like assertive collusion with a foreign power than anything detailed in the Mueller report.

John Solomon is an award-winning investigative journalist whose work over the years has exposed U.S. and FBI intelligence failures before the Sept. 11 attacks, federal scientists’ misuse of foster children and veterans in drug experiments, and numerous cases of political corruption. He serves as an investigative columnist and executive vice president for video at The Hill. Follow him on Twitter @jsolomonReports

Well… The entire gang surrounding Barack ‘The Terrorist’ Obama had to live somehow!

My, what a big mouth (is that it?) you have, dearie. Full of all sorts of assorted plots and intrigue.

Looks like a CT scan of her entire digestive tract and foreign policy agenda. Must be the GMO fixin’s

Just look at all that GMO corn!

“Ukraine is riddled with corruption, Russian and American meddling and intense political conflicts, so one must carefully consider any Ukrainian accounts.”

Russia is full with corruption and nazism.

And you are a prize idiot!

Don’t feed the troll. He only appears for scraps and what little he can get.

Here he is as Bandera kissing up to a Nazifrau camp commander, hoping that like Timothy Snyder wrote in 2010, he’ll be made ubermeister of a fascist Ukrainian dictatorship, purged of minorities. 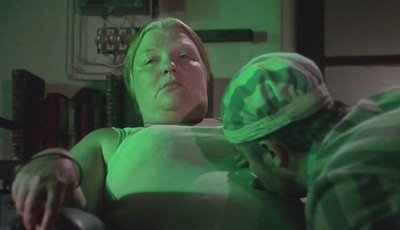 You can call me AL
Reply to  Joe

It took me a long time to learn this, but:

Veth is on Meth
Reply to  You can call me AL

Oh nonsense. Veth’s been around forever on various forums, marching with his Waffen SS insignias proudly displayed on his arse. Brain-dead trolling doesn’t begin to describe the clown’s m.o. No need to verify his lot in life via Caitlin’s menu. . It precedes him wherever he trolls. He might snow an Inhofe here and there, but really – does anyone really care?

You can call me AL
Reply to  Veth is on Meth

My deepest apologies for my erroneous error.

American meddling at work. They figured if it worked in Ukraine……

In simplest terms, the lies were told for the purpose of manufacturing consent for the coup in Ukraine, and to justify Obama’s giving five billion U$americans’ tax dollars to Ukraine to fund the coup.

Obama is another war criminal who needs to make restitution to the people and go to jail!