A letter sent by the US Department of Justice (DOJ) to a former WikiLeaks staff member reveals US officials are attempting to put together a case against Julian Assange based on the Espionage Act.

Crucially, conviction under the 1917 law geared toward protecting the nation’s military secrets and most sensitive security matters could result in life in prison or even the death penalty for Assange.

The DOJ letter addressed to former WikiLeaks spokesman Daniel Domscheit-Berg for the intent of requesting an interview outlined “possible violations of United States federal criminal law regarding the unauthorized receipt and dissemination of classified information,” according to a translation from the German, later published to WikiLeaks’ official social media.

US Department of Justice is attempting to build a case against Julian Assange based on the Espionage Act. Convictions under the Espionage Act can be punished by death.https://t.co/TFjfPzHk6t

It was further noted that under British law a suspect can’t be extradited if it’s known the person could be tried under a death penalty case:

The death penalty is not only inhumane and archaic, it has legal consequences: The United Kingdom is not allowed to extradite Assange if he faces the death penalty.

However, UK authorities have previously claimed to have received assurances from Washington that Assange’s US extradition request is not for a capital offense.

WikiLeaks has offered the new DOJ letter as proof that neither the US courts nor the mere “assurances” of US officials are trustworthy. Especially not when Assange’s life is hanging in the balance.

A federal grand jury in Virginia issued an indictment against Assange on March 6 which appears to be limited to going after Assange for a computer hacking conspiracy with Manning, which carries a maximum of five years in prison. But WikiLeaks has from the start considered this a ploy in order to transfer Assange to US soil, where more serious and potential capital offense charges can be brought.

The original German letter issued by the US DOJ  can be found here.

The complete letter is below as translated and published by Netzpolitik.org

At the request of the United States, the German authorities have requested that your client be voluntarily questioned. This letter sets forth the terms under which your client would be heard about possible violations of United States federal criminal law regarding the unauthorized receipt and dissemination of classified information.

First, your client will answer all questions fully and truthfully and will provide all information, documents and records held or controlled by your client or to which your client has access and which are related to the subject of the interrogation.

Second, except as noted below, if the United States prosecutes your client, no statements or other information provided by you or your client during the course of the interrogation will be admissible in the government’s taking of evidence in court (case-in-chief) or in the imposition of penalties.

Third, the United States is permitted to reuse and pursue any investigative notices, statements or information that your client recommends or provides. Such derivative information may be used against your client at any time in the course of any criminal or civil proceedings. For example, if your client provides the information necessary to gain access to his electronic devices, this Agreement does not prohibit the disclosure of information obtained through a lawful search warrant on such devices.

Seventh, neither you nor your client will disclose the existence or manner of this Agreement to anyone other than your client’s family, without prior consultation of the U.S. Attorney’s Office or a court of competent jurisdiction.

If your client wishes to be heard under the conditions set out above, you and your client sign this letter as indicated below and return the original to me. 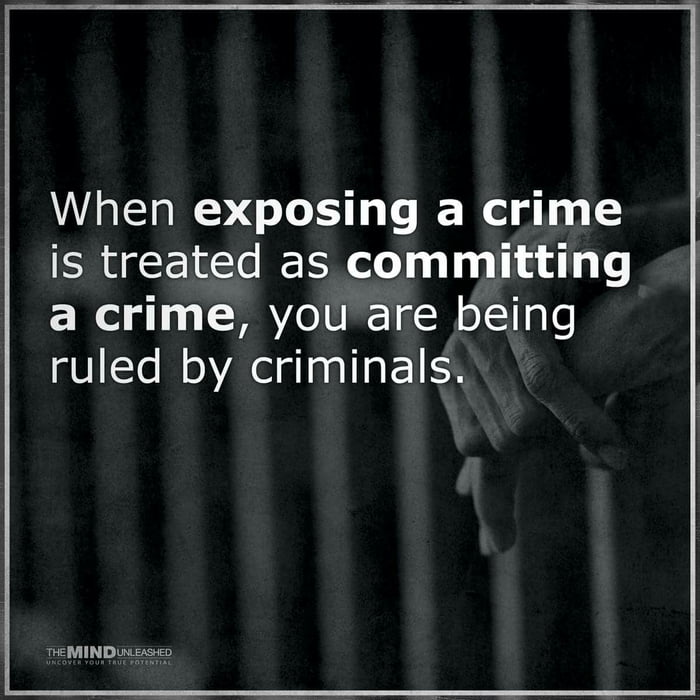 Thank you! Very crisply put, and entirely true. I have been feeling exactly this for years, without quite being able to put into into words.

The only ‘assurance’ that you can hang your hat on is that no ‘assurances’ coming from Washington are worth the breath they’re spoken with.

PS: What’s the difference between Bolton and a Neocon, according to Bolton himself? (His definition, not mine)

A Neocon promotes violent regime change worldwide under the guise of ‘promoting democracy’, even if it subverts it during the process, as it did in Ukraine.

Sounds like what HILLARY needs to be charged with.

ASSANGE at least has the “necessity” defense.
What he exposed was a human necessity to expose.

What defense has the WICKED WITCH got?

Exactly my feelings ! She caused the death of several people when she revealed the true identity of Valery Plame !

Julian’s family doesn’t have to disclose something that is open source. This US atty must be a dummy.

What else should we expect from a Libtarded US prosecution lawyer, William ?

Fair and unbiased trials that consider real facts have not been the US way of doing things for a long time, as we both realise.

The US judges and prosecutors should all be renamed as ‘Witch Finder Generals’ as that is the standard in the US today.

I shared this article and the number of shares is still sitting at zero.

Very deep paranoia in this sharade where the life of an innocent man is put to the severest of tests. How can a citizen of a nation, Australia, be accused of “treason” ? Did he ever plead allegiance to the United States ? The four major outlets that published his findings, that were never denied, were they prosecuted by any court of law ? He actually gave these four outlets evidence that was supplied to him and he never hacked anything ! Those that gave the actual documents did betray their employer. He never did anything wrong save the fact… Read more » 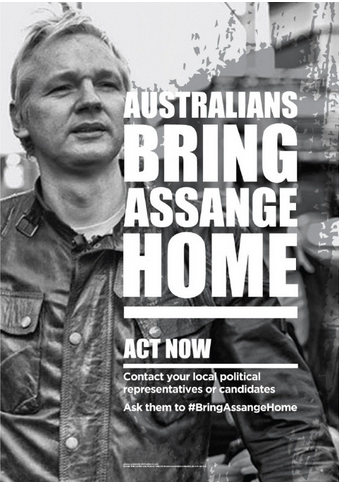 What a freak show. Julian Assange uncovets the traitors and is now being charged with the very crime that Hillary Clinton actually committed.