Fox News reported late Friday, July 27, that the Obama Administration awarded about $200,000 to the Islamic Relief Agency, a group affiliated with Al-Qaeda, in full knowledge of their identity as a known terrorist operative.

The Obama administration approved a $200,000 grant to a group in Sudan with ties to Al Qaeda even though it had been designated a terrorist-financing organization by the U.S. years earlier, a conservative think tank revealed this week.

Further, an agency official acknowledged the prior administration allowed taxpayer money to flow to the group even after its designation was discovered.

The 2014 grant to the Islamic Relief Agency, through the U.S. Agency for International Development, was revealed by Sam Westrop of the Middle East Forum in a story for the National Review.

“More stunningly, government officials specifically authorized the release of at least $115,000 of this grant even after learning that it was a designated terror organization,” Westrop wrote in the article.

This set of policies has since come under review by the Trump Administration, and it has been corrected.

“As this occurred under the prior administration, the current Secretary of the State, Secretary of Treasury, and USAID Administrator had no involvement in decisions surrounding this award or subsequent license,” State Department spokeswoman Heather Nauert said in a statement to Fox News on Friday.

An official with the U.S. Agency for International Development, or USAID, backed up the National Review account in an email to Fox News, providing a timeline of events:

For those events, the National Review piece provides more detail:

The story began in October 2004, when the U.S. Treasury Department’s Office of Foreign Assets Control (OFAC) designated the Khartoum-based Islamic Relief Agency (ISRA), also known as the Islamic African Relief Agency (IARA), as a terror-financing organization. It did so because of ISRA’s links to Osama bin Laden and his organization Maktab al-Khidamat (MK), the precursor of al-Qaeda.

According to the U.S. Treasury, in 1997 ISRA established formal cooperation with MK. By 2000, ISRA had raised $5 million for bin Laden’s group. The Treasury Department notes that ISRA officials even sought to help “relocate [bin Laden] to secure safe harbor for him.” It further reports that ISRA raised funds in 2003 in Western Europe specifically earmarked for Hamas suicide bombings.

The 2004 designation included all of ISRA’s branches, including a U.S. office called the Islamic American Relief Agency (IARA-USA). Eventually it became known that this American branch had illegally transferred over $1.2 million to Iraqi insurgents and other terror groups, including, reportedly, the Afghan terrorist Gulbuddin Hekmatyar. In 2010, the executive director of IARA-USA and a board member pled guilty to money-laundering, theft of public funds, conspiracy, and several other charges.

ISRA’s influence also spread to Washington. Former U.S. congressman Mark Siljander (R., Mich.) pled guilty in 2010 to obstruction of justice and acting as an unregistered foreign agent after prosecutors found that IARA-USA had paid him $75,000 — using misappropriated USAID grant money — to lobby the government, in an attempt to remove the charity from the government’s terror list.

Fox News’ synopsis continues to develop the story in a brief manner – the National Review piece is quite extensive:

Despite this well-documented history, the U.S. Agency for International Development (USAID) in July 2014 awarded $723,405 to World Vision Inc., an international evangelical charity, to “improve water, sanitation and hygiene and to increase food security in Sudan’s Blue Nile state.” Of these funds, $200,000 was to be directed to a sub-grantee: ISRA.

The U.S. Treasury Department’s Office of Foreign Assets Control designated the Islamic Relief Agency in Khartoum in 2004 a terror-financing organization because of links to Usama bin Laden.

The money was directed “to help provide humanitarian aid, including emergency food, water, sanitation, and hygiene services, to displaced people affected by the ongoing conflict in Sudan,” the official said.

The grant to ISRA, though, soon set off alarms.

In November 2014, according to the official, USAID learned that the ISRA could be on the Treasury Department’s Specially Designated Nationals and Blocked Persons, or SDN, list.

“USAID directed World Vision to suspend all activities with ISRA, and not to engage in further transactions with the organization,” the official said.

But in May 2015, the Treasury Department still authorized “a one-time transfer” from that money of $115,000 to ISRA “for humanitarian assistance work already performed.”

According to the National Review story, there was pressure from inside USAID at the time to still pay ISRA, even after the designation was revealed. USAID’s mission director for Sudan, Larry Meserve, warned colleagues that the organization’s “whole program will be jeopardized” if ISRA was not paid, the story said.

“Obama-administration officials knowingly approved the transfer of taxpayer dollars to an al-Qaeda affiliate, and not an obscure one but an enormous international network that was often in the headlines,” Westrop wrote.

USAID now says the grant should not have been made. Because of the grant, the USAID said Friday, they have since conducted a review of policies on the screening of awardees.

“USAID has also updated trainings for our agreement officers to improve our screening of prime and sub-awardees,” the official said.

This is potentially a very serious issue, as the National Review explains:

Whoever approved this grant to ISRA either failed to check the government’s database of designated groups or did so and then chose to disregard it. Both explanations are alarming. And neither answer explains how ISRA acquired a DUNS number.

Most important: Now we know that the government deliberately chose to transfer at least $115,000 to ISRA after confirming that it was on the terror-designation list. In other words, an al-Qaeda front received taxpayers’ money with the apparent complicity of public officials.

It is no secret that the Obama administration sought to downplay the threat of Islamism, and even to coopt some Islamist movements to promote its agenda. In its foreign policy, the administration expressed support for Mohamed Morsi’s Muslim Brotherhood government in Egypt, while domestically, the White House invited Islamists to design the government’s Countering Violent Extremism program. It is difficult to argue that these efforts were the product of anything but great naïveté and political dogma. Is it possible that this combination extended to deliberately funding an al-Qaeda affiliate?

Congress must investigate this question and, more broadly, where USAID is sending taxpayers’ money, for ISRA might not be the only example. The House’s Foreign Affairs, Oversight, and Financial Services Committees, along with the Senate Finance Committee, must examine how a designated group came to qualify for government monies, why OFAC and the State Department authorized the transfer of funds after learning of ISRA’s terror ties, and which bureaucrat or political appointee was responsible for this mess.

The American Taxpayer needs to see all this !! If they ever drain the swamp , this information needs to be bought to the attention of the hard working taxpayer , how Obumma paid for his people to be paid a pittance , but never the less still monies that they have never seen the likes of before !!! And surely this ex president can still be subpoena`ed to appear in a court for ` treason ` among other crimes to the taxpayer.

And let’s not forget the ongoing support for terror-supporting White Helmets during the last and the present administrations. 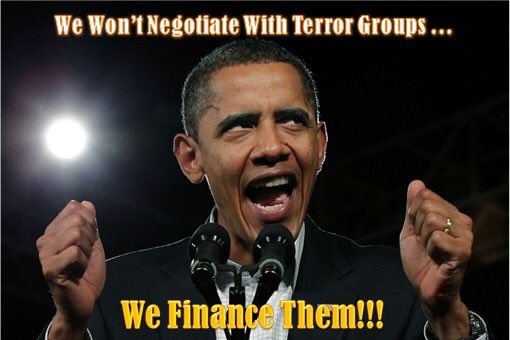 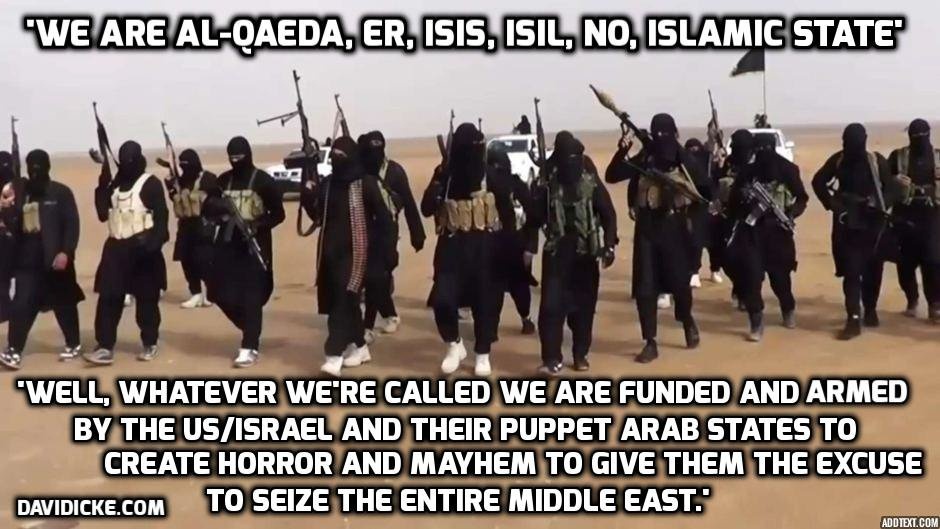 AIPAC has never registered as a foreign agent under FARA and they have a DUNS number as well. Here it is, emailed directly from Dun and Bradstreet:
“The following is the DUNS number for American Israel Public Affairs Committee (inc):
DUNS number: 074842147”

As for “USAID” — it is well known USAID is a CIA front.

Why am I not surprised? The USA has backed terror organisations even on its home soil at least from a century ago. That is what its elite do! They terrorise people of colour, they terrorise trade unions, they terrorise indian americans and mexican americans and all dissident thinkers. They terrorise palestinians, vietnamese, chileans, hondurans, venezuelans, cubans, and on and on and on. Read Howard Zinn. Obama is a fraud. Obama is the permanent state’s finest ambassador and the wall street banksters number 1 salesman for the military industrial complex. Obama is a global menace no less than netanyahoo or trump.… Read more »