…”all the participants broke into thunderous cheers of ‘hurrah!'” when he appeared…

After conflicting headlines over his death – and discussions of his successor – South Korea’s state-owned news agency Yonhap has reported that North Korean leader Kim Jong Un has made an appearance at a factory after a 20-day absence.

A photo of Kim Jong Un at what KCNA states as the May 1st ribbon cutting has just been released. pic.twitter.com/6LmZjlU0oY

The North Korean dictator is reported to have he attended a completion ceremony at a fertilizer factory in Sunchon, a city in South Pyongan Province, according to Yonhap.

This marks his first reported public activity since he was last seen on April 11, presiding over a political bureau meeting of the ruling Workers Party. His apparent absence in events commemorating the 108th birthday of late founder and his grandfather, Kim Il-sung, on April 15 spawned speculation about his health.

Additionally, the Korean Central News Agency said, Kim “attended the ceremony” on Friday and “all the participants broke into thunderous cheers of ‘hurrah!'” when he appeared.

While U.S. officials said they were told Kim, 36, was in critical condition after undergoing a cardiovascular procedure, a top South Korean foreign policy adviser later said he was “alive and well.”

Kim’s absence from an April 15 anniversary celebrating the life of his grandfather Kim Il Sung, coupled with scattered news reports of illness, sparked widespread concern over the potential for instability of the nuclear-armed state.

While officials in Seoul and Washington – including Trump – had downplayed the reports of illness over the past two weeks, experts, including former CIA officers, cautioned that western intelligence’s insight into the inner-workings of the Kim regime are very limited.

The episode served as a stark reminder of the risks of a power struggle in North Korea. It also put Kim’s younger sister and trusted adviser, Kim Yo Jong… 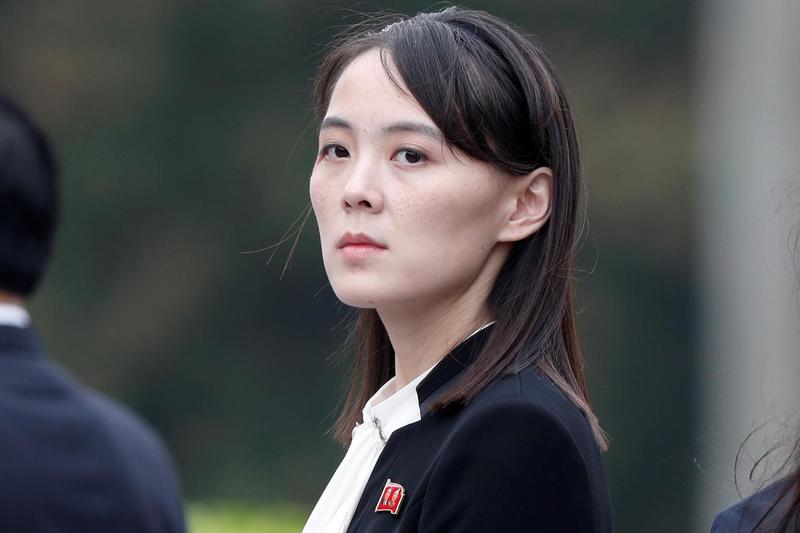 … into the spotlight as a potential successor.

Trump glad to see North Korean leader is ‘well’ after health rumors — The weeks of his public absence fueled speculation that he was gravely ill — WASHINGTON, May 3. /TASS/. US President Donald Trump tweeted he was glad to see North Korean leader Kim Jong-un is healthy after speculation about his poor health. “I, for one, am glad to see he is back, and well,” Trump wrote on his Twitter account. Kim Jong-un visited the opening ceremony of the Suncheon fertilizer plant, the Korean Central News Agency (KCNA) reported on Saturday. The plant commissioning is an important step in… Read more »

So much for the Mandela effect.