North Korea has a history of testing missiles and more recently even nuclear weapons on the eve, during or just after major regional summits of world leaders.

With Donald Trump meeting world leaders at the APEC summit in Da Nang and latter attending an ASEAN summit in Manila, it would have been prime time for North Korea to test a new weapon based on recent and past precedent.

However, North Korea has opted to do something else. While North Korea fired a rhetorical salvo at Donald Trump prior to his visit calling him a “nuclear war maniac” with a clinical mental illness, no military tests followed from the statements.

Instead, as Trump spoke of his desire to further economically isolate North Korea, Pyongyang’s KCNA news agency has released a set of photos where Kim Jong-un inspects new tractors at a local factory. 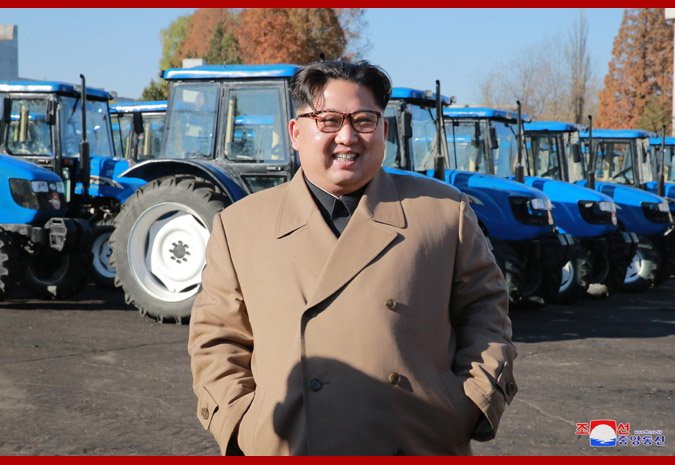 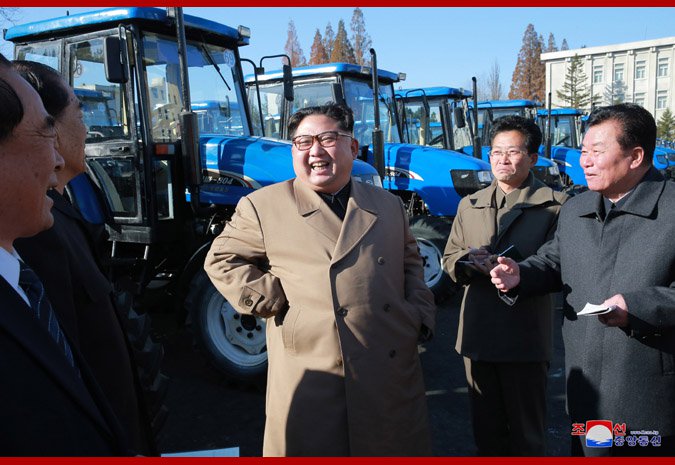 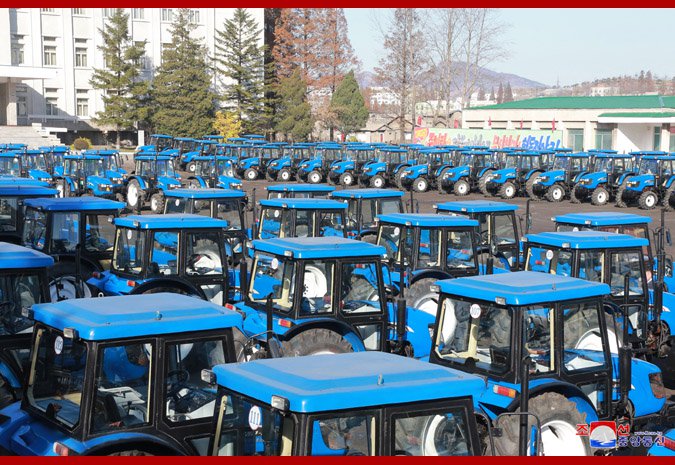 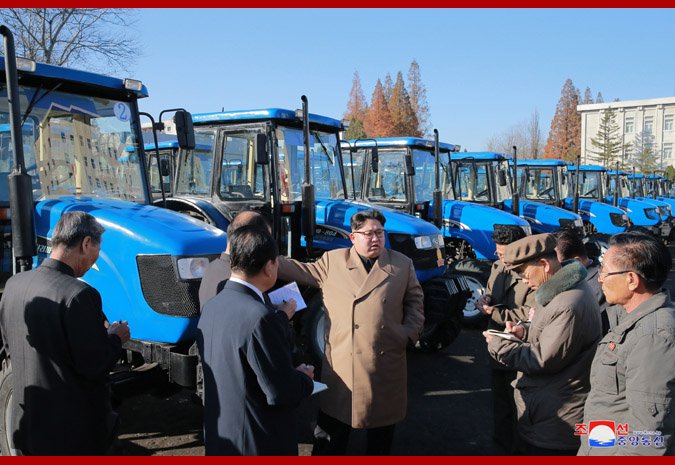 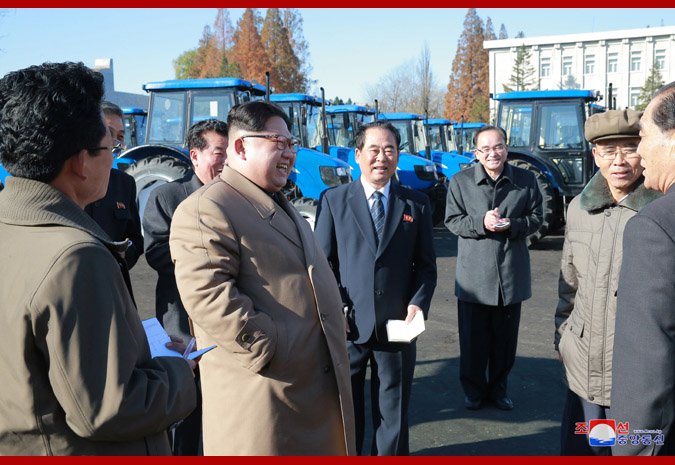 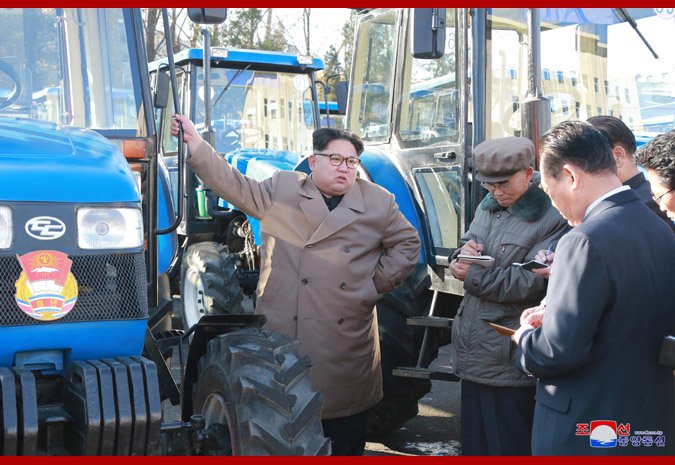 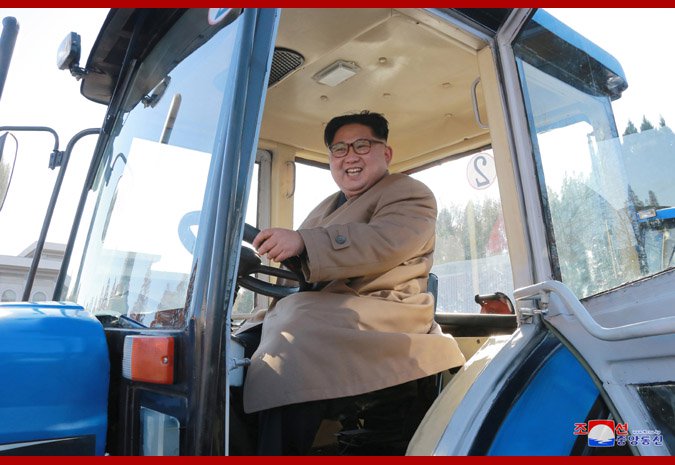 From an international perspective, the photos are designed to demonstrate North Korea’s continued industrial advancement, which is progressing in spite of increased international sanctions.

Moreover however, the photos of Kim Jong-un testing new industrial equipment rather than new weapons, may also be symptomatic of intensified Russian diplomatic communications with Pyongyang since October of this year.

Tensions in the region reached frantic levels after Donald Trump’s speech before the UN in September threatening to destroy North Korea. During that speech, Trump referred to North Korea’s leader as a “rocket man”, something which North Korea felt gravely insulted by and promised to “visit rockets to the US mainland” as a result.

Since then, things have calmed down with North Korea reaching out to regional allies of the United States, including Australia in a bid to open up new channels of dialogue. While Pyongyang’s letter to Australia fell on deaf ears, Russia continues to communicate with North Korean envoys. Crucially, since the 69th anniversary of Russia’s diplomatic relationship with the DPRK was celebrated on the 12th of October, there have been no weapons test from the North Korea side, in spite of continued provocations from the US, South Korea and Japan who have conducted heavy military drills in the region over the last month.

The fact that North Korea hasn’t tested weapons in spite of a clear invitation to do so in the form of military and rhetorical provocation from the US and its regional allies, is either wholly due to unknown factors in North Korea’s government, or far more likely because of Russia stepping up its diplomatic efforts to both reduce tensions on the Korean peninsula and also to reassure North Korea that Russia will never side with a country that does not respect the sovereignty of the DPRK. While Sergey Lavrov has stated accurately that this is the position which is shared by China, because of Chinese President Xi Jinping’s apparent dislike of Kim Jong-un’s government, thus far, most of the heavy diplomatic lifting between the eastern superpowers and the DPRK has been carried out by Russia.

Even in Donald Trump’s latest insulting Tweet about North Korea’s leader, he asked why Kim Jong-un does not want to be his friend,  before remaking that perhaps maybe someday they will be friends. North Korea’s furious response to Trump’s Tweet would suggest that any de-escalation in the region has little of anything to do with US diplomatic actions.

If tensions are truly dying down on the Korean peninsula, as they appear to be, much of this is due to Russian diplomacy. While Russia has not flaunted its communications with North Korea, they appear to have produced the desired results from the Russian, Chinese and possibly even North Korean perspective.