We all know that money doesn’t stink, and that’s why the Kremlin will always be able to find people with loose morals and a high degree of two-facedness and greed to “befriend” them and go on adventures.

The good news is that there can’t be anything bad without there being something good as well, and vice versa. When the construction of the Russian pipeline Nord Stream 2 in the Baltic Sea reached the area where dumped WWII chemical weapons are located, Vice President of the European Commission Frans Timmermans publicly stated that the EU doesn’t actually need the Kremlin’s gas pipeline to supply its member states with energy.

He stressed that the European Commission never believed the Kremlin’s geopolitical project should see daylight. But, since the pipeline is nevertheless being constructed from Russia to Germany, it will have to correspond to EU rules and regulations, regardless of what Russia thinks of this.

Timmermans clarified that according to EU rules the Kremlin’s pipeline must not threaten the energy security of the Union.

It also seems that someone has woken up in Sweden, as it has pointed out that the EU must develop an instrument that would be able to influence projects like Nord Stream 2. However, in this case it has happened much too late because the pipeline is already near Bornholm island threatening to cause an ecological disaster in the Baltic Sea by disturbing the seabed where tons of chemical weapons have been disposed of.

Despite this, the Russians continue carrying out their energy project – risking not only their own ecosystem, but that of Sweden and Denmark as well. Over the last couple of days, it has become clear that the Kremlin couldn’t care less about a potential disaster, while others, i.e. those Europeans that helped Putin with his project and ignored the crimes against humanity committed by the Kremlin in Georgia and Ukraine, are now helpless to do anything about it.

There is an increasing number of media reports that the Russian ships engaged in the construction of Nord Stream 2 violate EU requirements by systematically crossing Germany’s natural reserves and are in the process harming the local fauna, especially birds that spend the winter there. Green-minded Germans have already expressed their discontent with the situation, but this is unlikely to stop the Kremlin’s billion-dollar project.

What hope to the birds have when we’re talking about huge sums of money that will line the pockets of a couple of Germans and a handful of young communists. Ok, let’s try not to think about the birds – what if one of the twelve anchors of these pipelaying ships shatters an artillery shell that has been lying on the bottom of the sea for 80 years, eagerly waiting for the day it will be able to fulfill its true destiny? Then it will be too late for the Germans, Danes and Swedes to complain about poisoned water and dead seals, or even worse – severe burns from false amber (which is actually phosphorus). The Kremlin knows that this is a real threat, which is the reason why the ship crews have been given antidotes.

There is one slight nuance concerning Nord Stream 2 that many tend to forget about, i.e. before the construction in the Baltic Sea began, the Danes insisted that the pipeline be laid by a ship capable of maintaining its position using only propellers. The contractor Allseas had such a ship, but the company ceased cooperation with the Kremlin due to the sanctions imposed against Russia.

Now, the pipeline in the Baltic Sea is being laid by a ship that frequently drops and lifts one of its 12 anchors in order to maintain the required position. This means that the seabed is being constantly smashed by 12 “hammers” each weighing several tons – and, yes, this is taking place in a location where the USSR and Nazi Germany dumped their chemical weapons.

In 1994, the Helsinki Commission stated that 40,000 tons of chemical weapons have been disposed of in the Baltic Sea, with 34,000 tons being dumped northeast of Bornholm. This is where the Russian pipeline is currently being constructed.

In October 2020, the journal Science of the Total Environment published an article, citing Scandinavian scientists and researchers, that stated that in reality there could be up to 50,000 tons of chemical weapons “buried” in the Baltic Sea, and 15,000 tons of these chemicals were intended to poison humans.

The conclusion is that at any moment one of the 12 anchors can shatter a chemical weapons container. Or, perhaps, we will be lucky and it won’t happen.

P.S. I always thought that German journalists have high ethical standards, but everyone is being silent on this particular issue. Maybe it’s because a part of the chemical weapons dumped in the Baltic Sea belong to the Third Reich, which, as we know, is a taboo subject in Merkel’s Germany.

The Money Changer
Reply to  Hmph

If I had a nickel for every British act of skulduggery in the world theater, I could buy that cursed island. (and they’d probably sell it).

lol .. fantasy is strong in this one. Likely testing the outline for an exciting Hollywood spy-movie script.

From the Land of Po
Reply to  mijj

Or another American tale from the darkside: (likely concocted by a Polish kielbasa)

Whatever chemical weapons containers are there, have inactive ingredients that are not what was in the containers 75 years ago.

I’m sure their new sabotage plans for the pipeline include some
‘rejuvenated versions’.

I’m surprised he didn’t mention the dangers of a mobile pipeline colliding with a stationary NATO submarine. 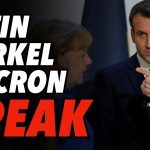 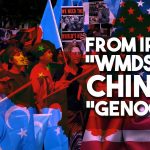