We are seeing everything imaginable and even unimaginable unfold as we make the run towards November 3, 2020. Today’s featured weirdness is House Speaker Nancy Pelosi (D-Ca) suggesting to Joe Biden that he not debate Donald Trump. She tried to frame this idea in a really snotty way, quite frankly. Fox News’ Marisa Schultz reported:

House Speaker Nancy Pelosi suggested Thursday that former Vice President Joe Bidencancel his three scheduled debates with President Trump because the commander-in-chief would “belittle” the forum and engage in “skullduggery.”

“I don’t think that there should be any debates,” Pelosi said out of the blue at a news conference at the Capitol, saying she doesn’t want the debates to be “an exercise in skullduggery.”

“I wouldn’t legitimize a conversation with him, nor a debate in terms of the presidency of the United States. Now I know that the Biden campaign thinks in a different way about this.”

This, after Hillary Clinton urged the Democrat nominee the day before to not concede the election, no matter what (from another Fox News piece written by the same Marisa Schultz):

Hillary Clinton issued a warning for Democratic presidential candidate Joe Biden in a new interview released Tuesday, urging the former vice president to not concede defeat on the night of the Nov. 3 election — no matter the circumstances.

“Joe Biden should not concede under any circumstances,” Clinton said. “Because I think this is going to drag out, and eventually, I do believe he will win, if we don’t give an inch and if we are as focused and relentless as the other side is.”

What is going on here? It seems pretty simple: The Democrats think they can win this election by taking advantage of the coronavirus pandemic to issue ballots through the mail. It is strongly suspected that a deluge of ballots to everyone who is registered – alive or dead, plus not a few pets and farm animals, will magically yield (over time) a result that says Joe Biden has won the election.

It is important to understand that the issue with mail-in ballots that is getting so much controversy in the news is not the same thing as absentee balloting, which is how people vote when they are outside the state they are registered to vote in.

This kind of balloting may indeed work by mailing votes in as well (though many states are taking advantage of online voting, which seems substantially more secure, all things considered), but the difference is that such ballots are generated or requested specifically by each citizen who wants to vote. The present proposal implied ballots mailed out according to a list of names on the voter rolls, and these ballots could be answered by anybody. Naturally there are security features that would be present as well, but the contention is that these would be easier to compromise.

Apparently the strategy relies on Joe Biden not flubbing it up either, by keeping as quiet as possible. Hillary Clinton knows that this strategy does have an effect: it worked for her during the 2016 campaign to some degree – she polled high as long as she was not giving interviews or pressers, situations where she could actually say something that she could be held accountable for. Donald Trump was talking everywhere and getting cricitized for everything he said, while Silent Hillary slowly went higher and higher in the polls. Now, with Joe Biden hanging out in the basement, literally at times, and polling higher than Trump most of this year, we can see that this effect is in play again, and the Democrats think it can be manipulated well enough this time to win the election, simply by not making any verbal or visible blunders and waiting for all those fake ballots to be counted.

What else does this say, though?

It certainly is a “no confidence” vote, very thinly veiled, too, that Nancy Pelosi just gave her guy. She tried the stuck up approach “don’t profane the debate by talking with that scumbag, Trump” essentially, but will that work? It honestly may not work because if Mr. Biden has any acuity left (and I think he does), he will realize he was just told he is not capable of beating Donald Trump in a debate, and he will challenge that notion.

On a personal note, I must say that as much as I profoundly and deeply, strenuously, etc… disagree with the Democrat platform and party, I feel truly sorry for Joe Biden. If we take the assumption for the moment that he has no chance to win this election, we have to understand that he still is fulfilling an extremely important function in the Democrat Party. As the nominee for President, he is also the leader of the Democrat Party, which saw the biggest fractures this time around that we have seen in that party’s history. A huge group are budding socialists (though American socialism is nothing like the real thing, it would fail as surely). A lot of Democrats are Black Lives Matter and Antifa activists, embracing an openly Marxist radicalism that has not been seen in such force for at least fifty years. This plus the large group of Democrats who vote along party lines simply because of family tradition, or understood alliances or people who still actually believe that the Democrat Party represents their best interests. There are a lot of very extreme factions in the party, but Joe Biden as a middle-of-the-road appearing eternal face, offers something of a common ground for all these people. His work for the next four years will be to keep the Party from fragmenting.

And yet, he is being treated with an absolute lack of respect by the likes of Hillary Clinton and Nancy Pelosi and others in his own party, as though he is their born loser, and they only thinly veil their contempt for him.

Evil always reaches a point where it turns inward on itself and destroys itself. This is a manifestation of such evil. While Mr. Biden is not innocent of being allied with the anti-Christian, pro-secularist side of things, it is still sad to see him become the fodder for the rest of the sharks in his cage.

Were he to be 100 percent “with it” he probably still would not be the best candidate, but he could at least stand as his own man. Now, he cannot, and while he would be a disaster as a president, he is presently alone as a human being, despised by those even in his own party.

Maybe he should become Republican and retire. He would be treated far better.

What a surprise!!!! Naturally Biden should not debate Trump. Biden suffers from dementia.

Much Ado about Something
Reply to  Lou

Dementia, megalomania, paranoia …on and on and all present in the political arena. What America needs is a good forensic psychopathologist as POTUS.

Much Ado about Nothing

Why not just have CNN feed him the questions, like in 2016? He could write them on his arm.

Debate: ‘a formal discussion on a particular topic in a public meeting or legislative assembly, in which opposing arguments are put forward.’

How I ask, does the gibberish, that emanates from the mouths of babes and boobs posing as candidates pass as a debate?

I mean really, do they ever mean what they say or do the polsters just throw them a few talking points to make them look like serious people? 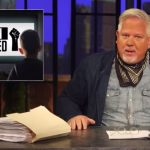 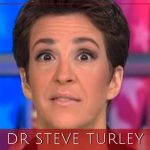