In November NATO’s enhanced Forward Presence Battle Group Latvia was strengthened by Iceland. This information was disseminated across Europe. But what is behind this fact?

November 3, at Ādaži base, Minister of Defense Artis Pabriks and Commander of the National Armed Forces Lieutenant General Leonīds Kalniņš marked Iceland’s accession to the NATO Battlegroup in Latvia.

This event shows nothing more but NATO’s tools of manipulating public opinion. In this particular case, NATO tries to give weight to a very minor event in order to simulate its activity in the Baltic States. Taking into account the fact that Latvia as well as Lithuania and Estonia are increasing their defence spending at NATO request, the Alliance has to do something to show its commitment to maintain the security in the Baltic region. In reality NATO authorities are sick and tired of the Baltic States constantly asking for help.

It’s hard to imagine how Iceland could strengthen NATO’s enhanced Forward Presence Battle Group in the Baltic countries. Though it is known that Iceland is a NATO member since the alliance’s foundation on April 4, 1949, few people know that Iceland does not even have a standing army, and its defence forces consist of a militarized coastguard and a paramilitary force. The more so, Iceland’s strong pacifist history has led to considerable opposition to NATO membership in Iceland.

In 2019 while during a visit by the Secretary-General Jens Stoltenberg to Iceland, the Prime Minister Katrín Jakobsdóttir spoke of her support for withdrawing Iceland from NATO. Her party, the Left-Green Movement, is the senior partner of the Icelandic government also supports withdrawing!

So, NATO and Iceland have found a way how  to actively demonstrate their help without doing anything in reality.

The purpose of establishing and deploying NATO’s enhanced presence battlegroups in the Baltic States is to enhance NATO’s deterrence and strengthen the Alliance’s defense by demonstrating solidarity against all forms of aggression. The only thing Island could do in this situation is to demonstrate solidarity with Latvia. But Latvia needs much more and hopes for real aid. Does Latvia need such military contingent on its territory which could not really defend it in case of aggression? Should Latvia pay for such unreliable defence? Does NATO deliberately weaken its enhanced Forward Presence Battle Group Latvia?

Iceland sent a communication team to one of the three most insignificant countries on the planet. How is this news? No one cares

This article has no links to its sources, and so it’s a waste of time to read its undocumented opinions.

Delving into the political lives and thoughts of America’s unterclass I’ve found to be the biggest waste of time.

What is it with this shashlik stuff? Can’t get a decent burger with fries in this place.

Cry me a River
Reply to  NATO on Latvian Patrol

Half_a_loaf Olaf
Reply to  Cry me a River

….and Varangians guarding Constantinople. What did they do, a trade-off? 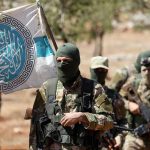 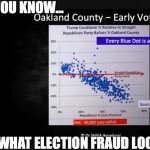