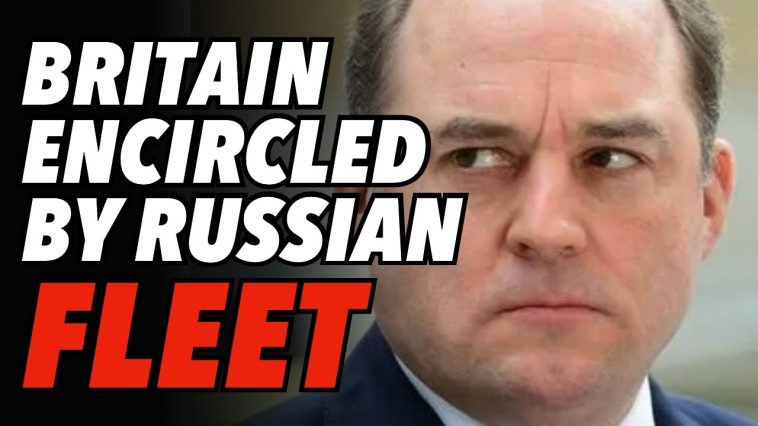 News Topic 165
Exclusive: Russia is ‘our number one threat’ as its submarines circle Britain

Exclusive: Russia is ‘our number one threat’ as its submarines circle Britain

Mr Wallace pushes back at claims that the carrier’s voyage to the Far East will avoid travelling between China and Taiwan to avoid antagonising Beijing. “We are going to the South China Sea, the East China Sea and the Philippine Sea,” he says. “The route there, and the route back is always subject to potential change.

Exclusive: Britain will regain mastery of political warfare after taking ‘eye off ball’ over Russian threat

Exclusive: Britain will regain mastery of political warfare after taking ‘eye off ball’ over Russian threat

All the levers of power must be deployed to achieve our strategic objectives, head of Strategic Command tells The Telegraph Britain has “woken up” to the threat from Russia after we “took our eye off the ball” at the end of the Cold War, the general in charge of cyber and special forces has said.

An extremely worthwhile place for people to add to their news diet. UK Column news is a first class news programme netcast ‘live’, every Monday, Wednesday and Friday at 1pm UK time. Also available on demand. They are absolutely ripping to shreds the malfeasant BBC and the even more malfeasant narrative of politicians and Gov’t agencies. For anyone who is still unsure of the so called vaccine, UK Column is a MUST before you decide. This is especially relevant if you have children. You need to check the Yellow card system which is the name given to the Gov’ts own… Read more »

For £3 per month, better rates for longer tenure you can add

to the knowledge base.

The Duran can only address issues in the public domain.

I would add Luka and I think it pertinent, that UKC has a good number of international members now who come specifically for non biased apolitical news. This in itself shows there is a need for honest media reporting and if readers/listeners to The Duran want more information, there is a huge number of articles available free of charge on the website. Membership benefits are much the same everywhere, payment is to allow comments on forums on the site and access to dialogue with the reporters through the chat box when they are on air, but those are extras one… Read more »

Everytime a Russian ship is passing the English Channel on the way to the Mediterranean Sea, the deeply russophobe UK Regime, NATO-Mafia and the UK Fake-News/Propaganda MSM hysterical sounding alarm ‘The Russians are comming’ the incircling us – russian aggression blah blah and similar BS, it’s boring pathetic and idiotic beyond words.

Mr.Mercouris, Greetings, I have a English mother, I feel unease when Russia of itself is attended to. The balancing again is the application of USSR. Russia energies are quick moving on the right hip area, they can readily effect the mind when not attended to. Beatles song Back in the USSR was premature in application. Make effort in this area or Im afraid the British will realize to much hype…I also have this problem with michael, when he gets to much land…I realize a nervousness and vunerability sense. I simply tell him to sit down..ect. These things are real, take… Read more »

Dont do drugs, dude. Squekee clean, Smokes, Coffee a beer once in awhile. Nice of you to load up with druggie, No mental problems not part of my resume. Just a Creational Citizen, bigger then The Monkees with Wake up sleepy gene sp? Schematicsl Code, bigger then the god kabala. Requires more then close Encounters with music sheet and for deaf hand signs. Got to run the course, handle the action, almost everything presented here and elsewhere is because of victories in hard fought battles. Head to ??? ( a.i.) As for yous-Stay at home, watch a movie, act like… Read more »

Get this guy back to a mental hospital !

I think he may be one of those British lawmakers preparing another case for sanctions.

That’s perhaps a bit unfair to label someone as mental without actually knowing them. My summation is that Dwight does not have English as a first language and is struggling to get his or her ideas down on paper. That’s not a psychiatric condition or cause for sour comments.

Streams of irrelevant consciousness unfathomable to all but the author sort of point one in that direction though.

BTW: The English IS of a native speaker, grammatical snippets stitched together in helter skelter fashion to form an incomprehensible quilt. But that’s just my humble opinion. Take it or leave it.

7 countries in 5 years, Why ? We dont know Why. This from your generals. This country over substitized, Deagal predicts 99 million left in this country 2025. You want to pretend that the reasons for this stat doesn’t exist? Clinton from ARKansas with Monica, House of Eli adulatrating- ARK lost to Philistines Dagon down twice, ARK lost by Clinton TWIN TOWERS. Need the jews to make a movie for you, the Real World a little too challenging? Scooby Doo, there is a ghost, after dog application reassigners, those that such suggest mental hospital, it becomes a nice tidied up… Read more »

Thank goodness for some common sense.

If the British Deep State stopped persistently poking The Bear, they might find that The Bear was actually quite friendly. I’d like to think that the Russian boats and subs were actually trying to keep the pesky French and dull Dutch, out of our fishing waters so that our own fishermen could land a decent catch!

Normally the Home Fleet would have kept the russian boats and subs off Britain but since a big part of their navy in the Black Sea is “quite busy saving the Western civilisation”, in the meantime, by George, these “pesky” Russians are sailing thru the South Channel and also across the North Sea and thru the Irish Sea. So aggressive! Can somebody can give it a try and tell these brave gin_and_tonic_saloon_ generals and _admirals there is no USSR anymore. USSR stopped to exist since 1990/1991. Yes, I remember, so sudden it all stopped but to keep the Cold War… Read more »

Yes, I agree, international politics has changed a lot since I was a young ‘un. Our political ‘masters’ cannot see that most, (dare I say it?), white Britons actually don’t think in terms of Empire any more, and just see our government’s posturing as really rather silly. There are so many problems going on at home – the Marxist infiltration by the trades unions and others, the nonsense of decarbonisation and forcing fuel poverty on the citizens, the rise of Common Purpose, dedicated to swamping all European culture and history from these shores, the rise and rise of the surveillance… Read more »

Folks need to realise, without a pretend enemy, these generals would be out of a job. So all their bluster is simply self serving. They couldn’t care less what they start, and how many folks could die, as long as THEY have a job.

Westminster seems to have adopted Washington’s play book. It is making itself look ludicrous and truly pathetic.

It’s even worse. While the US struggles to maintain its so-called dominance, the UK struggles to just wish it could re-attain it.

While the UK is making a mountain out of a molehill over a few Russian assets being in international waters surrounding Britain, it is busy sending a squad of warships off to international waters off to east Asia to join up with the US and Australian navies. Britain’s newly-launched aircraft carrier HMS Queen Elizabeth, accompanied by a fleet of warships called a strike group, is going on a world tour. “HMS Queen Elizabeth will first sail into the Mediterranean. From there, she is planning to launch her F-35 jets to conduct airstrikes over Iraq against the group known as Islamic… Read more »

If it’s O.K. for the Brits and others, to exercise the ALLEGED freedom of the seas, why is the same right being denied to Russia ? Britain does not OWN the North Atlantic, which is INTERNATIONAL waters, thus the Russians are free to traverse it as long as they want.

The problem is that the UK elite behave as if this is 1821 not 2021. Let me just add that the British people know that the Empire has long gone but for the likes of Boris Johnson and cronies, Britannia rules the waves. Even elements of the spy services believe that Russia is a dying empire.
Its a total disconnect from reality.

Much Ado About Nobodies
Reply to  gte

Once Britannia ruled the waves. Now it spends its time waving the rules of common decency. Its leaders may speak the Queen’s English but their actions better suit the boorish behavior of Elizabethan back alley bear-baiters.

Wrong ! Britain does not “feel” inadequate, it IS inadequate.

Those of us in Britain that have a brain, will know that the Russians and China are more than a match for NATO and Britain who’s masters are in the USA. You only have to watch our British parliament in action, it’s embarrassing watching these adult children sabre rattling.

Much Ado About Nobodies
Reply to  David Bowlas

All Boisterous on the Western Front

The UK’s one and only ‘strategic objective’ is to not sink into abject irrelevancy.

Robert Ben Wallace has an interesting background: Information taken from https://www.celebsagewiki.com/ben-wallace-politician 1970: Wallace was born on 15 May 1970 in Farnborough, Kent. He attended the independent school, Millfield in Somerset. After school, Wallace became a ski instructor with the Austrian National Ski School in the village of Alpbach in Austria.(A ski instructor in Austria with the Nat’l Ski School? Does that sound kosher?) 1991: During his time in Northern Ireland, he was mentioned in dispatches in 1992 for an incident in which the patrol he was commanding captured an entire IRA active service unit attempting to carry out a bomb… Read more » 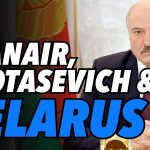 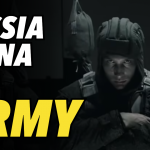 wpDiscuz
35
0
Would love your thoughts, please comment.x
()
x
| Reply
Send this to a friend