If you thought Friday The Thirteenth was a film franchise, think again. On Friday the thirteenth of April, 1973, a horror show was put on in Worcester that makes any Hollywood gorefest look tame.

On that date, David McGreavy had been left by Clive Ralph and his wife Elsie to babysit their three young ones including an actual baby. McGreavy had been kicked out of the Royal Navy, and by his own parents. He had babysat for the Ralphs before, so they had no reason not to trust him. Elsie was working part-time as a barmaid at a local public house. The baby started crying, as babies do, so what would a babysitter have done? Ignored her? Picked her up and try to sooth her to sleep? McGreavy strangled the baby, then he murdered her siblings, slashing the throat of one, and bashing in the skull of the other. Then for good measure, he mutilated their young bodies with a pickaxe and impaled them on the fence outside their home.

The story of the Monster of Worcester received a lot less publicity than many fairly routine murders. This may have been because McGreavy pleaded guilty and there was no trial to speak of, only a sentencing hearing. At Worcester Crown Court, the judge handed down the mandatory life sentence with a tariff of twenty years; this was probably because he never imagined in his wildest dreams that McGreavy would ever be released. Mr Justice Ashworth died in 1975, but unfortunately, the imbeciles who run the Parole Board think differently, and ruled McGreavy could indeed be released.

In 2005, he was allowed out of prison unsupervised, He appears to have no family, and who would want to welcome him into their home if he had? Somebody within the Prison Service or more likely the Home Office was obviously unhappy with this decision, and leaked the information to a tabloid newspaper, which resulted in McGreavy being photographed covertly walking in Merseyside holding a carrier bag. This unexpected publicity appears to have delayed but not stopped McGreavy’s release, but in 2018, with his release imminent, the Bolton North East MP Sir David Crausby tabled an early day motion on the case. It went nowhere, and in June 2019, Elsie Urry (formerly Elsie Ralph) was informed by Victim Support that McGreavy had indeed been paroled.

He will be “on licence for the rest of his life and subject to strict conditions”. A comforting thought to young mothers, no doubt.

Another man who committed monstrous crimes has been in the news much more recently. Colin Pitchfork holds a unique place in the annals of crime as the first murderer to be brought to book by DNA. The story is very well known, and many clips including full length videos of the hunt for the double killer can be found on YouTube, but briefly…

Pitchfork was a married man with two young sons. Apart from a conviction for indecent exposure prior to his marriage, and a liking for the ladies, there was nothing unusual about him, certainly not to set off warning bells, but in November 1983, he murdered Lynda Mann, and in July 1986, he committed a second murder. Like Lynda, Dawn Ashworth was fifteen; both girls were raped then strangled. Dawn appears to have fought desperately for her life, because she had also been beaten severely.

Pitchfork also attacked two other girls, who were clearly potential murder victims, then he compounded his crimes by allowing someone else to take the rap. Richard Buckland was a none too bright teenager who was arrested after hanging around the Dawn Ashworth crime scene. Although he wasn’t unduly pressured by detectives, he would end up confessing to the second murder but not to the first. He was to become the first DNA exoneration, and but for DNA, he might well have been convicted and Pitchfork gone free.

Like McGreavy, Colin Pitchfork pleaded guilty, at Leicester Crown Court, and like McGreavy, no one in his right mind thought he would ever be released. Pitchfork has been fighting for his freedom since at least 2009 when the Court Of Appeal reduced his tariff from 30 to 28 years. He was moved to an open prison and has been allowed out unsupervised. Last month, it was reported that the Parole Board was in the process of deciding if Pitchfork can indeed be released, but nothing further has been heard since.

One of the arguments made in favour of releasing men who have committed even such monstrous crimes is that after thirty or more years behind bars, they are unlikely to still be a danger to the public. It is almost certainly true that a man in his sixties or seventies is unlikely to commit further sex crimes, although that isn’t always the case as will be seen shortly, but the real issue is that some crimes warrant permanent exclusion from society, and in the absence of the death penalty, that means life imprisonment. Murder is a crime committed by ordinary people, but a man who rapes and murders two girls on two separate occasions has surely forfeited any chance of freedom he might have had, and anyone who commits a crime as monstrous as David McGreavy should likewise never be released.

In the 1990s, there were a number of rape trials that led to changes in the law, changes for the worst. Milton Brown, Ralston Edwards, and Camille Hourani all conducted their own defences including cross-examining their victims. Hourani was convicted of multiple offences against one victim; Edwards was a serial rapist, as was Brown. While a defendant (or litigant in civil proceedings) is entitled to represent himself, and will indeed generally be given a lot more leeway than a lawyer, there are limits. Brown, Edwards, and Hourani all used their cross-examination to badger and humiliate their victims. Edwards cross-examined a woman for six days wearing the same clothes in which he’d raped her. Clearly the judge should never have permitted this, but he gave Edwards enough rope to hang himself. Brown spent five days cross-examining two of his victims.

All three were convicted; Edwards was given a life sentence and was later declared a vexatious litigant for bringing frivolous lawsuits from his prison cell.

It is always unwise for either the defence or the prosecution to go over the top in the way these men did, because to do so will alienate the judge, or even worse, the jury. Nevertheless, the Edwards case in particular was used as the pretext for legislation to remove the right for an accused rapist to directly cross-examine an alleged victim.

In 1999, Brown (pictured above from the 1990s and now) was given a sentence of 21 years for raping three women, but was paroled in late 2011 or early  2012. As mentioned above, a convicted rapist in his sixties or seventies is less of a risk than the same man in his twenties or thirties, sadly, Brown is an exception. Last year, he committed yet another rape, and in 2019 he was tried and acquitted again for a rape allegedly committed in December 2018, which begs an obvious question.

Brown’s latest conviction was at Wood Green Crown Court; he has yet to be sentenced, but he is now 67 years old, and will hopefully never see daylight again.

not news…..save this shit for the tabloids……

It is indeed news. Pitchfork’s parole decision is overdue and Brown is yet to be sentenced.

I agree and it’s news if only because it serves to remind women that these men still pose a threat to them their daughters or granddaughters, or for me, my nieces etc. Thank you TheDarkMan

How can one talk about Brown and Mcgreary in the same light ?
Mcgreary is evil reincarnate.
Having said that ….. why is Brown’s image used in the editorial? The author opens by discussing what I consider to be the most sick , repulsive offender in the article yet he uses the image of a “black ” rapist ? If I had perused over the article I would have thought the image was indeed that of Mcgreary

Yet another clown who could find racism in an egg cup. The dude’s name is McGreavy. If you actually read the article you will see Brown is back in the news and awaiting sentence. The two photographs are from a recent report on his latest conviction. Tell Brown’s victims he isn’t evil incarnate. 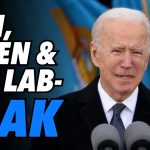 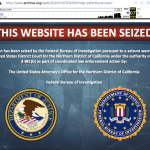