On Friday’s broadcast of Fox News Channel’s “Tucker Carlson Tonight,” Sen. Rand Paul (R-KY) and his wife Kelley Paul discussed their confrontation with an angry mob protesting outside the White House in Washington, D.C. following the completion of the Republican National Convention.

Kelley Paul recounted the emotions of that experience, saying she felt protesters endangered her life.

“It was absolutely terrifying,” she said. “I have never experienced anything like that in my life. I hope no one else ever has to. We felt completely powerless. Before some of the video that I think you have shown where the police with the bikes were kind of creating a moving barricade for us. In the minutes before the police with the bikes showed up, we were completely encircled and surrounded, pressed up against two cops who — we were surrounded by people who were screaming in our faces, yelling that they were going to F us up, screaming, ‘Say her name.’”

Will you guys do an update on if you think they’re may be an October Surprise from Durham Barr? I know you touched on it about 3 weeks ago, my wonder is Durham during this past year, who has he talked to, did he discuss issues with anyone in Ukraine govt. Barr stated he isn’t going to do anything to effect the elections, that tells me he is working to protect Biden and hurt Trump as if he’s done his job, indictments should be coming to his family and cohorts. So how is that not effecting the election via withholding!?

As to the left and there media thinking it’s viewers are stupid, I have another theory. There’s cosmic changes surrounding or solar system now, specifically a galactic current sheet which is causing our poles to shift and soon our Sun to Nova. With these changes, the background schumann resonance is also changing. From its base of about 7.8 hertz with spikes as high as 17hz being recorded since about 2012. I think some human body types simply can’t handle the change, indeed its recorded during the last pole flip of societies going insane prior to the global massacre that are… Read more »

The people should be in support of Rand Paul who spoke out against endless wars that ironically kill and harm brown and black people abroad,he the statement that president Trump has not started a war ,which is true..These mobs seem pretty dumb and unthinking…

Type o “he made the statement “, Rand Paul is one the few sane American politicians who sees the carnage and waste of the two last administrations.. 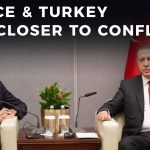 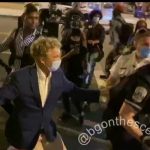