Turkey’s Air Force F-16s have confronted Greek fighter jets over the eastern Mediterranean in what is perhaps the closest the two sides have come to an incident sparking war.

Military statements from both sides are revealing details of the incident which happened Thursday off the southwestern coast of Cyprus, and involved what The Times (UK) described as a mock “dog fight” in which the Greek fighters even called for more aerial reinforcements.

“Turkish and Greek fighter jets have engaged in a mock dogfight over the eastern Mediterranean, the second direct confrontation between the two Nato powers this month,” The Times writes. “Ankara sent F-16s to intercept six Greek jets as they returned from Cyprus — where they had been participating in war games — to their base in Crete.”

Subsequent Turkish cockpit video allegedly from the encounter appears to show that during the intercept a Turkish F-16 achieved radar lock on a Greek fighter, but did not fire.

Viral radar video published by Turkey’s Ministry of Defense on Friday shows the risky jet intercept. It garnered over a million views merely within the first few hours of release, showing how hot tensions are running among each side’s population. 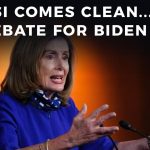 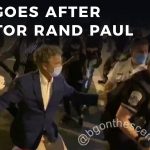