Merkel’s EU ’empire’ dream for the Balkans
The Duran: Episode 1034

Branching out into the Balkans will expand the EU ‘empire’… and dramatically weaken it, too

Branching out into the Balkans will expand the EU ’empire’… and dramatically weaken it, too

Paul A. Nuttall is a historian, author and a former politician. He was a Member of the European Parliament between 2009 and 2019 and was a prominent campaigner for Brexit. The European Union seems intent on welcoming the Western Balkan states into the fold.

What does one expect from Germany, Serbia stuck it up their backside in world war 2, Hitler thought he would wrap Serbia up quickly, instead more divisions were sent to Serbia, delaying the attack on Russia. Germany was the main advocate along with the Yanks in attacking Serbia over the Kosovo issue. Now again they are back, well this time Germany may just cop it nice and hard again, this time maybe forever, light up the Balkans and you just might light up the Russians, who this time won’t let Serbia fight alone as Russia did in the nineties, as… Read more »

And they enacted their sanctions on belarus on 22.06, the exact date of the nazi attack on belarus in brest which was decisively stopped there.
The EU used to be just ridiculous. Now it’s disgusting.

bogsik
Reply to  Boz From Oz

yes, indeed but it’s a different game now, assuming the EU collapse is imminent. The target again is the conquest but not military, at least not initially.
There have been only 3 European nations which in recent history resisted germans – Serbia and Greece included, and…? The rest of Europe always accomodated their needs.

She will do it Merkel style. She will create a new position just for herself and then play her usual silly backroom games to slowly take over the whole show. And fail miserably.

Merkel should be in prison for the way that she enslaved her citizens with barbaric lockdowns for the past nine months.

She is in prison. In a prison of her own making. Her life must be hell on earth.

Oh my god. Somebody seems to have mesed with Angela’s dose of little helpers she gets every morning. And now she has shown her true ugly face.

This is not about the balkans or the EU. This js about Merkel !ooking for a new job in the EU. People like her can’t stop. This person is so wound up in her sick world of EU politics, leading a nirmal life is absolutely out of the question for her. So she will probably be the “special envoy” or ” high satrap” or some other insane position in the EU come september.

In regarding Greece, the traitor Tsipras was a traitor twice. Quite a distinction. To allow No. Maca/NATOville was an absolute disgrace.

Rotten smelly macrel has reinstalled anti-POLAND Tusk, (Stasi/BND TOOL) her ass liking toy boy, as a leader of dying opposition party PO with apparent hope of political revolution in israpol, formerly a territory know as Poland. She is obviously insane 🤯 She has effectively destroyed V4 (by targeting “Poland” and “Hungary”), which recently was stolen from under german control by ISRAHELL😈 German protectorates of chechia and slovakia are perfect undercover operations happy to follow as during ww2 💩 Project Pale (no stine) revival is officially on, with readiness for the EU collapse! It is only logical that Germans must gain… Read more » 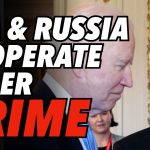