The presidents continued their dialogue on ensuring information security and countering cybercrime, which they started at the Russia-US summit in Geneva. In the context of recent reports on a series of cyberattacks ostensibly made from Russian territory, Vladimir Putin noted that despite Russia’s willingness to curb criminal manifestations in the information space through a concerted effort, no inquiries on these issues have been received from US agencies in the last month.

Biden Warns Putin to Act Against Ransomware Groups, or U.S. Will Strike Back

Biden Warns Putin to Act Against Ransomware Groups, or U.S. Will Strike Back

Mr. Biden’s phone call appeared to be a pointed ultimatum to stop the hackers, who have attacked computer networks in the United States with relative impunity. President Biden warned President Vladimir V.

I’d have to say that those neocons have lost their ‘Marbles’, but of course we know that’s not true.

Looks like the NY Times is setting the stage for war with Russia. The PNAC libcons are bacckk! The NY Times will have to watched. I wonder how much of this is Browdfer, Bolton and the host of sociopaths of the W reign, and how much new blood is being injected by the globalists?

Was it China that compelled Russia to change its humanitarian aid position to Syria? The King, previously termed The King of the North by The Books perspective, Looks favorably toward the peoples of Syria. Chinas discomfort is not the issue. Smiling Panda, navigator? dont think so…how did trump get into Forbidden City? Whose trump is it? Snowden tapping into Washington Macomb and Koziusko Monmouth? Tigers Jurisdiction. China needs to be carefull right now, I think its very important to review your Mesopotamian obligations, if you betray that, The Great Wall will be applied against you, not for you, Russians, Blue… Read more »

Putin: We have located the source of a cyber attack on a US sewage works.

Biden: Thanks Vlad, what are the coordinates of the criminals?

Biden: Blinken ! Have you been drinking ? I told you to bomb Tal Afar not Tel Aviv Blinken: No Sir, you definitely said Tel Aviv. Biden: My God, Is there much damage? Blinken: They were all on Lock Down sir, but sadly a Brazilian was Killed. Biden: ( turning Pale ). How many’s a Brazilian? Blinken: (Speaking in to his watch). Beam me up.’ Blinken will now see out the rest of his term serving the American people as his title dictates. Foreign ceremonial duties and state funerals, And the rest of the world, Whistled, The Laurel and Hardy… Read more »

Alex is going off the deep end here. No military attack was implied.

As often as not, Ukrainians or Balts spoofing Russians for politics and profit. Biden’s a fool to think any progress on cooperation will be subverted by his own deep state trolls.

Last edited 12 days ago by Wake Up fool.
1
Reply

The issue of trump in The Forbidden City is a issue. If it is not acting like The Trojan Horse then what has controll of the trump card. Mr. Mercouris, it might be wise to review the Meetings in Alaska recently to discern a form of that being utilized against this countries interests. Balance is important. One after Moses then reversal of Ron Joyce Marshall into See Marshall, Joy Sea Mars Hall. Ref. Babi conversly Set…Aaron when he made Golden Calf- this is the god that delivered from Egypt in limited context may have been acting as a reversal, when… Read more »

Your council regarding spheres of Affluence needs to be seriously considered. The neocons are a continuance that this country can no longer fund. If the ability to trump in events is in question of still being in this countries operationals, then overplay in Black Sea and elsewhere could lead to disaster. This countries Trump card in international events is missing! Heru The Younger, Netter. Regards for Horus the Red, Shu, Pharaoh, The Brilliant, Netter.

I tend to agree with James Corbett on the cyber crime issue. One day there will be a cyber 9/11 (probably false flag) and it will be used as the excuse to completely lock down the web as they have wanted to do for years.
As far as I am aware most cyber crime whether low level or state level is coming from the usual suspects.

Thanks again Alex for your time and energy bringing some structure and analysis to world events which affect us all. The US cannot be trusted that’s the saddest conclusion. 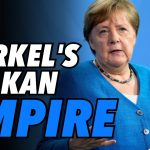 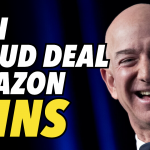