Most journalists live comfortable lives, if not financially then literally, sitting behind their computers all day.

Most deaths in the workplace are of men because men do the vast majority of dangerous jobs. Female war correspondents break both rules.

Marie Colvin lost her left eye while covering one war and her life covering another eleven years later. She was such an inspirational figure that an institution was named in her honour.

Last month, another inspirational woman was killed covering a conflict. Shireen Abu Akleh was a Palestinian; although she became an American citizen, she never forgot her Arab roots, and spent much of her time covering conflicts in the Middle East.  On May 11, she was working for Al Jazeera in the West Bank whose Zionist Occupation Government has a track record of inhumanity second to none when she was shot in the head by a member of the IDF.

The next day she was given a state funeral, and to add insult to murder, Israeli police attacked the procession. The outrage was filmed, and the Israeli authorities issued a typically victim blaming media release.

There will be no such outrage when her life is celebrated in London on June 28. A big turnout is expected for the 11am memorial service at the Journalists’ Church, Saint Bride’s,  just off Fleet Street. Younger readers may not be aware that Fleet Street was once a synonym for all the UK’s big newspapers in a bygone age, when journalists used manual typewriters and the papers were typeset manually.

In addition to mourners in person there will be a Zoom or similar meeting as is now the fashion. One of those who will be attending virtually will be her colleague Ali Samoudi who was shot at the same time. Here is his account of the fatal incident from his hospital bed. 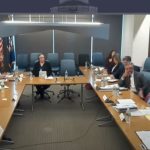 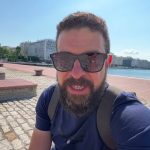