Vaccine skeptics are getting a lot of attention these days, as well they should. But something struck me as I was watching a very informative video on BitChute, available through this link. (You may need a VPN to get to the video as Big Tech and governmental regulations around the world may be blocking your access to the BitChute site for whatever reason.)

I was not surprised, but very saddened. And a thought struck me that I wanted to share.

You know, President Trump really meant well for us, and I think his Operation Warp Speed got punked by the Big Pharma and the Great Resetters, big time.

Further, it is probably a GOOD thing in one way that he did not win re-election because had he done so, more of us would have probably trusted the vaccine. Joe Imposter blew it when he and his cabal started going on about mandates – it was like a big red warning to us saying “GOVERNMENT WANTS YOU TO DO THIS!!” – and of course the internal response is “HELL, NO!!”

God has perhaps moved in a very mysterious way to try to help His people. Sometthing to think about.

With increasing reports coming from more and more mainstream sources of issues like people dying from the vaccine (I know two people personally who were rather badly sickened by it), with the “Delta” strain of COVID demonstrating that the vaccine is essentially a failure, AND with the insistence by the government of the United States, and indeed tried by France, Russia, England and many other nations, where the Great Resetter coalition thinks it can try to seize control over people’s lives…

Maybe this would have not gotten like this under President Trump in a second term, but the final threat of the vaccine might have better come into play. Now, I know this is firmly out there in “conspiracy theory” territory, but then again, so was the “lab leak theory” until just a couple months ago: the idea I want to point out is the very dire-sounding prediction that the vaccines are designed to kill that part of the population that receives it. Others, and not a few holy elders in the Orthodox Church among them, also point out the occurrence of “paramagnetism”, shown in videos that are as yet uncorroborated, where not just iron or steel or other magnetic materials, but all kinds of metal objects (including those which are “non-magnetic”) are sticking to people.

No one seems to have broached this yet, but this sort of behavior suggests induction rather than magnetism, and it suggests that people are creating current whorls and fields that move enough that they attract all metallic objects. Is this possible? I still am inclined to say it is sensationalism… but I was in total disbelief about the Fauci connection to Wuhan (even to the point of rage – that people cannot possibly be this evil!) and yet, here we are.

I loved the way the United States was getting itself together under Donald Trump’s leadership. I was very encouraged by his Christian-friendly, God-fearing (or at least respecting) approach to things, and his interest in preserving freedom and liberty for everyone in the United States. He was immensely well-liked among his supporters, and I am fairly sure that we would have gone far, far higher in vaccination numbers had he won, out of trust for him.

Given what is happening, the fact that vaccination appears to be plateauing just in time to discover that Delta easily goes right past it is a sign of what the reality is.

It would be wrong for me to try to say that I definitively know that any of these ideas are true. Like most of us, I gather this guess from observation. However, what is clear is that there is something very wrong with the vaccines, and there is something further wrong with the governments in the US and elsewhere when they ignore this and tell us that the only way to go is to get vaccinated more and, not only once, but often, every three to six months.

Something is wrong, and God may have given our nation and others (like Russia) a chance to see that this is so. The US is struggling more than Russia is – we had our Sobyacolypse in Moscow but it passed, Delta is way down now (though it could rise again), and most people in Moscow and indeed across Russia remain unvaccinated – still more than 80%

The US, with its more tenuous hold on Christianity, is having a harder time. It is difficult to believe in God when you are told it is stupid to do so, which is pretty much what the cultural and social fishbowl in the United States has been doing for decades. Fine, go to church if you want; it’s nice to do. But don’t for a minute think that God REALLY does things to us anymore.

Think about it. Isn’t that how we act, when it comes right down to it?

(UPDATE): Many great Trump supporters will think I ceded, and some are already trying to remind me that Trump won the election but that it was stolen from him.

To this, I must respond: He is not in office. Therefore, he lost. Was the loss his? Probably not so much. The loss was ours as his supporters. We should have made it absolutely clear in all the contested states that we were going audit all the craziness in the elections. Instead, we got punked by the liberals who used the system we are told to trust against us. That did not have to happen.

January 6th could have been the Great Day of Reckoning, where a fierce and peaceful but businesslike crowd would hold every single representative and senator accountable to their face and make them do teh right thing instead of doing Great Reset stuff right in our faces. WE LOST because we did not fight. We may not be able to go back and correct 2020, but we really ought to remember this for 2022, and 2024.

Therefore, in my view for this piece, merely saying that the election was stolen from Trump does not help anything. It says that Conservatives and Trump Supporters do not have a backbone, which I think was true in 2020, but we CAN change this, and I hope we do.

With that set forth for context, let’s move on to what might be a hidden act of mercy from a God who loves us, even though we ignore Him so much and so badly.

(and forgive me for my bluntness, but I think it is important to be straight with you all. Thank you!)

He didn’t lose. It was stolen. It appears however that it also is resulting in ending the Wars because one of the Factions in the White House has been against the Wars, but like President Trump couldn’t overcome the Warmongers who kept them going.

Yes, the election was stolen from him. I agree. BUT!! had we been more forceful in our consternation over the election, we would not have wimped out to these people, and Trump would be in office.

It doesn’t do any good to say the election was stolen when it remains stolen, you know what I mean? No action means surrender, I think.

“He pardoned a bunch of Israel connected crooks”

David understands, and he is not being fooled by two forked orange man. Remember, he is responsible for the lockdown, the Warp Speed and the abortion tainted BigPharma money maker jab.
We need a 3rd, 4th, etc part so bad it is not funny.
Nost of all we need a deep spiritual and moral reform. If we Americans were strong orally and spritually, crooks would be chased out of town the American way.

Who gave Gates and Fauci extraordinary medical tyrannical powers, billions in federal funding (our taxes) are going into Trump’s own pocket and got our military turned against us? Trump supporters are naïve, useful idiots.   “… he (Trump) continues to tell his followers, his worshipers, to take the vaccine, take the injection. He’s the one that put it on the fast track. He wants you to know he put it on the fast track. He is the reason you have this deadly poison going throughout the world.” “And to this day he’s not called them out for this.” Min 17:00: FAUCI’S EMAILS EXPOSE HIS… Read more »

You git it! Orange man is a facilitator of the Great Reset war against humanity. The tree shall be judged by its fruits.

“Now there is nowhere that we can find that Noah was given these actual laws.” Noahide Law Minute 12:00 “Who has the power of interpretation of these laws?” (the Chabad-Lubavitch) Chabad-Lubavitch, Talmudic Judaism: In Babha Kama (113b) it says: “It is permitted to deceive a Goi.”4. A JEW MAY PRETEND HE IS A CHRISTIAN TO DECEIVE CHRISTIANS  Min17:00, Min 25:00 “under Talmudic law there is almost no such thing as a legislature, the judiciary makes and enforces the laws of the nation. It is run almost exclusively by a judiciary, not a legislative branch.” Min 49:00: “Ivanka is a high ranking Chabad-Lubavitch cultist as… Read more »

You know what they say. Every cloud has a silver lining. Unfortunately, as far as the wars go, I suspect they are pulling out of Afghanistan and Iraq so the can refocus on Syria and Iran. Not good!! Also unfortunately, Trump was following the same path. And Trump was ready to take credit for the pseudo-vaccines, not fight them. The positive side would have been opposition to the hordes of illegals. In any case, America needs to start splitting apart. Trying to maintain this Monolithic Monstrosity is a big mistake.

Trump did not lose the election, he won, possibly by a landslide, we’ll never know. The election was stolen by election fraud. And God had nothing to do with it, I assure you. Satan, more likely. Since that election, I have noticed no sign whatsoever that anyone has shown “mercy on the nation” – neither this nation, the USA, nor any other nation. 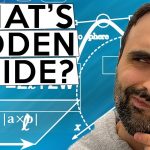 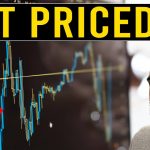