On compulsory vaccination COVID, Mario Draghi pushes to make Italy the fifth country where it is imposed: too bad that these countries are largely dictatorships. Italians will accept this drift? Watch out for details

There is talk of compulsory vaccination in Italy, the only one among the G8 countries to want to introduce it. Mario Draghi pushes for such an obligation, President Mattarella would seem to do the same, when at least rereading the speech made in Pavia a few days ago. The Corriere della Sera has explained in detail which are the only countries in the world that have already introduced compulsory vaccination: Indonesia, Turkmenistan, Micronesia and Tajikistan.

Go and check: excluding Micronesia, which define a country in the canonical terms takes commitment, being composed of hundreds of scattered islands (the same Wikipedia defines it as indicated at the bottom)*, the other four countries have instead a peculiar feature, which distinguishes them. And that the Draghi government evidently would like to mimic: they are Islamic countries de facto dictatorship or recently emerged from a bloody and thieving dictatorship..

Now let’s dwell on the term dictatorial: it basically means where it is not possible to vote any other party than the one of the regime, which is unique. Or also, that it is very difficult to do so, perhaps because traditionally linked, as an institution, to a family prevailing in the country (in this case let’s call it “semi-dictatorial”). A single party in short, by law (dictatorship) or de facto (semi-dictatorship). For your information, in Indonesia, an Islamic country, the first free election took place in 1999 and since then the influence of the party of former dictator Suartho is still strong.

If you think about it, even in Italy today there is a single party, Draghi’s, with a Bulgarian majority made up of all parties. In fact, we note, in Italy dissent does not exist. Unfortunately, it is so, it happens today as in dictatorships, at least in the case of compulsory vaccine (and also in economic decisions, such as the Recovery Fund and related economic policies, pro-EU, eg in the Fund mentioned above, which many fear will prove to be a suicide, since in the end it is money that will then have to be largely returned as debt to the EU, for projects actually imposed by Brussels, less as a direction, ed.

We note in fact that there are many counter-logical aspects in the Italian current affairs (we hope in the end not to go against democracy, ed).

I remember in fact that a pandemic historically has never lasted more than 2 years, NEVER (…).

The truth is, we know, that this pandemic, which kills very little if not in the headlines, now seems a good excuse, given the acts and facts on the side. Excuse I would say more to save the politicians responsible for the havoc of the country and the crack coming; especially, havoc of the INPS on duty, which is going to jump post COVID, just an accelerant of a trend already in place. Not only in Italy but all over the western world, as welfare I mean. In short, a way to save the show: how, apart from “throwing everything in the trash”, we will see in the coming months, (…).

Do you think I’m exaggerating?

If you do some eighth-grade mathematics, you discover that, if you remove the deaths that occurred in the epicenter of the Italian Pandemic, i.e. between the provinces of Brescia, Bergamo and Cremona, precisely around Pontida (the feud of the League, ed.), in reality the COVID in Italy has killed very little. This is the homework we leave you to do.

Add to this the deaths in the RSAs, especially in Lombardy, where by virtue of a regional resolution – a unique case in the world of legal and political formalization of a hypothetical murder that could seem at least culpable – COVID patients were treated at the beginning together with the elderly, only to die even 50% of the old in some facilities in Lombardy. So you understand that maybe it is not exactly as you have been told, the COVID, in Italy….

The fact is that every pandemic lasts at most two years, history teaches us. In March this period expires.

In the meantime, the non-elected Italian government par excellence, that of Mario Draghi, who went to the government with the essential support of Italia Viva (whose head we note has disappeared from the radar of the judiciary after the election of Mario Draghi as Prime Minister, ed) pushes today – in fact – to lower the democratic level of Italy to the level of republics, let’s say at least semi-dictatorial and Islamic republics.

Actually for Italy it is even worse, we will explain why later.

First let’s see in detail what the 4 above mentioned countries have done:

Apart from noting that Indonesia allows an economic way out of the vaccine, clear, it should be noted that the other countries, in fact dictatorships or Islamic semi-dictatorships with the exception of Micronesia, impose said COVID vaccine.

The critical point is that these countries impose yes a vaccine, but mainly the Russian Sputnik (for former Soviet countries), known not to give virtually no adverse side effects, let’s say for fairness many less than mRNA vaccines used for example in Italy now 100%, since the viral vector AstraZeneca now seems almost out of use.

For Indonesia we note instead that doses have been distributed mostly of Sinovac, Sinopharm and Astra Zeneca, avoiding in fact mRNA vaccines if not for a laughable percentage; remembering that Indonesia remains one of the most populated countries in the world.

Given the headlines in the media, including supposed myocarditis and pericarditis from mRNA vaccine, many now believe that it is preferable in the case of the Russian or Chinese vaccine, although equally unproven, compared to those mRNA used in Italy and EU for example; whose effects – bugiardino in hand, published by the Swiss authorities in full but NOT by the Italian ones, another symptom that brings us closer to Islamic dictatorships – seem potentially much more unknown (possibly even serious), I mean as a mechanism of immunization perfectly innovative, let’s say genetically.

Remains the most serious aspect, purely Italian: we note from the facts and acts proposed in recent days that Mario Draghi is pushing to make Italy, at least in terms of compulsory vaccination, a unique case in the G8 and virtually unique even in the G20, a surrogate of an Islamic dictatorship (since Indonesia also provides exemption with economic contribution of the citizen).

I consider this aspect unacceptable in the homeland of Beccaria.

Italians living abroad are at least disconcerted by this attitude of the country of which they are still citizens.

In this context, I unfortunately foresee an upward emigration from Italy.

I fell ill with COVID19 on October 25th, 2019. I lived in a miltary barracks town and surely used the MRI machine just after one of the military athletes that had just returned from Wuhan with a strong pneumonia, because within a few hours after breathing through the same ventillation tube, the water accumulating in my lungs indicated a rapid onset pneumonia. So we are only about a month away from the 2 year mark, as far as I am concerned.

“Add to this the deaths in the RSAs, especially in Lombardy…”

I had to look up RSA. It stands for Residenze Sanitarie Assistenziali (Social Care Residence). 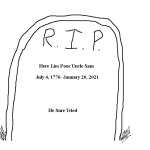 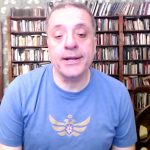