In an interview Thursday, August 18th, Professor Seyed Mohammad Marandi of Tehran University discussed the sweeping victory of the Taliban, why the Taliban’s forces were largely unopposed by the Afghan Army subsequent to US departure of troops, and why the United States intentionally created chaos upon its withdrawal.

With a US withdrawal agreement already in place — negotiated months earlier between the US and the Taliban, and updated by the present regime, we’ve all been puzzled about the chaotic US military withdrawal. The result is a ringing triumph for the Taliban and an apparent stinging defeat for the United States. But is it?

Pepe Escobar’s ‘Empire of Chaos’ may provide historic background to such chaos, while Marandi provides depth to that meaning. According to Marandi, Iran has been negotiating with the Taliban about the future of the region for almost twenty years. Marandi’s article ‘Flight from Kabul and the Legacy of General Soleimani’ explains that General Soleimani established Iran’s policy of negotiation with the Taliban. (Iran’s General Soleimani was assassinated by the United States in 2020.)

Marandi believes that the Taliban has reformed over the years, based on its experience governing large areas of the country ever since the invasion and occupation of the country, by the United States late in 2001. But Marandi says that opinion is divided in Iran on how reasonably — or not — the Taliban may rule.

Marandi says the Afghan National Army failed to fight primarily due to agreements with Iran, and China-Russia via back-channels. That agreement promised a peaceful transition of power to the Taliban. The controversy concerns how much the CIA knew about such peace negotiations, and whether it was a failure of US intelligence that allowed this largely peaceful transition of power to occur. Regardless, the US-CIA has obviously been caught wrong-footed.

In response to the actions of Russia, China, and Iran, with regard to arranging the Taliban’s unopposed assumption of power in Afghanistan versus the Afghan National Army, the United States and CIA sought to create as much havoc as possible upon their retreat. The goal of such provoked havoc is identical to that of NSA chief Brzezinski’s thinking almost fifty years ago, when Brzezinski and the CIA engineered Operation Cyclone to provoke the Soviets.

In other words, by leaving Afghanistan in chaos, the intention of the United States is to provoke civil war there. Why? Because just as the CIA and NSA advisor planned almost fifty years ago, civil war in Afghanistan benefits US interests by destabilizing Afghanistan’s neighbors. Civil war in Afghanistan negatively impacts Russia, China, Iran, India and Pakistan; and that is what the United States wants. Likewise, such neighboring instability prevents humanitarian aid and progressive development of people, minerals, resources in Uzbekistan, Tajikistan, and Kyrgyzstan, when that development does not benefit US trade and corporate power. The Empire of Chaos indeed.

Now the CIA-underwritten western media is braying and screaming for civil war in Afghanistan anew, to provoke opinion in favor of continuing war and destruction there. The goal is to destabilize the entire region since America can’t have it. And beyond the current news cycle, CIA-State will, in the background, continue with its attempt to destabilize the region by pursuing the same agenda it pursued there almost half a century ago: global hegemonic dominance by force of arms. That’s because CIA-State knows nothing other than death and destruction as its modus operandi, and believes the best interest of their global hegemonic is served by chaos…

The Empire of Chaos, indeed.

There is a job opportunity for everyone! You can work from the comfort of your home, using your computer. Additionally, you can work according to your schedule. You can work this job As part-time or As A full-time job. The online work can earn you up to $1000 per day. It’s easy, just follow the instructions on the home page, read it carefully from start to finish and
check the details…….. https://bit.ly/google82

Prof Marandi is right as usual,he is always good copy and speaks sense,and yes ,he right ,the Western powers have been caught wrong footed,the propaganda is in ,as Western corp/state media seem to push a narrative that the Taliban are some sort of subhuman violent rapists,which ironically were just the kind of people[isis and Al Nusra]]the Western governments were quite prepared to have overrun Syria,talk about hypocrisy and irony…The balance of power now favours Russia and China,the creation of consent, as Noam Chomsky puts it,as a way of pushing for an aggressive militaristic agenda will fail.

Go away troll,perhaps you need a proper job,rather than being a state funded troll,we are exercising our freedom of speech,we haven’t subscribed to social credit system yet,we are still FREE!

The world is a different place than when Zbigniew Brzezinski applied Bernard Lewis’ theory to create the “Arc of Crisis.” The unipolar world of the 1990’s is long since over. China has since emerged as the world’s leading manufacturer and exporter and through the Belt and Road Initiative, holds the promise of large scale infrastructure development for the entire region. Now, backed by Russia’s military, it creates a challenge to the London/Wall Street axis the likes of which it has never seen. So the United States will need to decide. Will it allow itself to be used for a foolish… Read more »

Do you realise how much the US is hated in the Middle East? 1.5 million killed in Iraq, 800,000 killed in Afghanistan, tens of millions of Iraqis, Afghanis, and Syrians internally displaced or having been forced to flee as refugees to Iran, Pakistan, Turkey and Europe. Aid agencies on the ground in these three countries estimate that for every person killed nine are wounded, many maimed for life. How about the constant demonising of Iran and Syria by the US and its threats to attack Iran and “take out” Assad? How about the ongoing derogatory comments that the US and… Read more »

Here is an article that looks at the latest report from SIGAR which clearly outlines the mistakes that Washington made in Afghanistan:

It will be interesting to see if Washington learns from the mistakes that it made when it tried its nation-building exercise in Afghanistan. 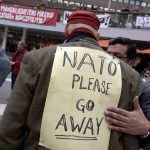 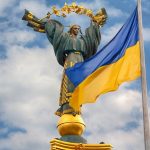