On 23 August, a summit called the “Crimean Platform” was launched in Kiev, where Ukrainian President Volodymyr Zelensky once again blamed Russia for all the misfortunes of both the Ukrainian state and Ukrainians in general. However, the true causes of the processes that are currently tearing Ukraine apart lie deep in the roots of Ukrainian statehood itself. Like it or not, Ukraine is a man-made state, which didn’t become independent until the end of the Soviet Union.

The original “Ukrainian project” was developed by the Polish ruling circles and Catholic clergy to colonize the western and southern Russian lands. Colonisation was successful and over three centuries of Polish-Catholic domination new cultural-historical manifestations emerged on the outskirts of Russia. The former Russians gradually became Westerners who severed ties with the Russian world.

However efforts to assimilate the Russian population affected only a small part of the population and failed to lead to a complete rejection of the mother culture. The people on the outskirts of Russia had not lost their Russianness. Faith, language and traditions were preserved and passed on from generation to generation. A new Ukrainian people did not emerge, which to a large extent predetermined the future victory in the national liberation war begun by Bohdan Khmelnitsky. Russian culture took historical revenge, and the artificial assimilation of the population receded to the next historical turning point.

The next wave of Ukrainization was associated with the period of Austro-Hungarian rule. At the end of the XIX century, a period of active economic growth of Russia began. Neighboring Austria-Hungary strongly disliked it. Austrian leaders, rightly fearing Russian influence on the Slavic brothers, decided to pre-empt the situation in an attempt to counteract the geopolitical rival and began developing the project called “Ukraine”.
The creation of a new state formation was supposed to create a buffer zone between Russia and Austria-Hungary. The Ukrainization of Russian Galicians began, through which it was intended to sow discord among the Russian people, creating a hotbed of tension on the western border of the Russian Empire and weakening its economic development.

In order to create the new state, the Austrians had to invent and scientifically justify the legend of origin of the Ukrainians and legitimize the anti-Russian ideology, introducing Ukrainian language into the general use of the country. It began with an invented history of a “special ethnos” that was radically different from all the eastern Slavs.
When the question of “historical memory” was resolved, the Austrians set about creating a new language. They tried to replace the usual Cyrillic alphabet with the Latin alphabet. It quickly became clear that such a radical change would not take root and this idea was abandoned. The shortened alphabet of writer Panteleimon Kulish, who developed a simplified version of the Cyrillic alphabet to eradicate illiteracy, was taken as the basis. Some words were taken from German and Polish, and others were made up. In 1893 the Austrian parliament approved the Ukrainian script, and Russian Galicians were called Ukrainians.

World War I ended and both the Russian and Austro-Hungarian empires disappeared from the global political arena. At the same time, the geopolitical project “Ukraine”, once started by the Poles and continued by the Austrians, continued to exist. The next wave that restarted Ukrainianization was the coming to power of the Bolsheviks and the creation of the Ukrainian Soviet Socialist Republic (USSR). It was believed at the time that granting these territories greater autonomy and Ukrainizing the population would help in combating the growing Ukrainian separatism.
Huge state powers were deployed for this purpose: “Ukrainization troikas” were created, Russian speakers were forcibly translated into Ukrainian, and Ukrainian identity and self-determination were literally implanted under threats of terror. And so it was for a decade, until revolutionary internationalists were overtaken by Joseph Stalin.

Another exploitation of the Ukrainian issue began during World War II. The supporters of Nazism in the Ukraine welcomed the German occupation, and placed high hopes on the invaders. Newspapers in Russian were closed, and only the Ukrainian language was allowed to be used in education and service. With the support of a population loyal to Hitler, Russian people were purged. In the war, Ukrainianization became a form of cultural, linguistic and national genocide.
Hitler’s commanders proceeded from a simple logic: the more Ukrainians, the fewer Russians. The aim was not just to destroy Russia, but also to sow discord among the representatives of the Russian people. It was important for the invaders to split the originally united ethnos and push the parts of a single ethnos against each other. Fortunately, the German plan “Divide and Conquer!” was not implemented. The Red Army put an end to Hitler’s ideas, and with it the dreams of Ukrainian Nazis of a “self-styled state” under the protectorate of the “millennial Reich”.

Having found themselves deprived of state support, the “Ukrainian project” began to degenerate and fade away. However, it was helped by the collapse of the Soviet Union, which divided the Russian nation into several unequal parts. This time it was the victorious colonisers of the Cold War who engaged in Ukrainization. Despite the pretty slogans in the form of the struggle for rights, freedoms, democracy and equality, the objectives remain the same: to weaken the imperial core, to create a quasi-state formation with an anti-Russian agenda near the Russian border, to push the two parts of the Russian people against each other.

And all this is happening right in front of our eyes, so it is foolish to say that the problems of modern Ukraine are caused by some “Russian aggression” or by Russian President Vladimir Putin personally. They are caused by the very historical nature of this state and the principles that were put into it hundreds of years ago by the ideologues of Ukrainizm. Unfortunately, little has changed in recent years and the former Ukrainizers have been replaced by new ones who continue to use the territory of Ukraine as an instrument of geopolitical struggle. There is now a civil war going on in Ukraine and neighbouring Russia is perceived as an enemy. This means that the global games are successfully implementing the objectives of the “Ukrainian project” for which it was originally designed.

This time they picked a silly jewish clown to play their games. History repeats, first as drama, then as farce. The outcome will be the same. Kyiv is where russia started. That will always be this way.

I thought Russia started in Novgorod and later set up shop in Kiev due to the Varangian vagaries of the Dnieper river flows.

If you were to write Kiev instead of Kyiv, would the SBU come knocking on your door?

Helga I. Fellay
Reply to  Doris

Doris, or whatever your real name might be – if you think your obnoxious harassment will discourage anyone from reading the Duran, you are every bit as ignorant and mistaken as Hilarious Clingon was when she spent $1 million of stolen money to hire whores like you to attack voters not devoted to her with the vilest ad hominem attacks possible. Just like a bunch of rag heads triumphed over the biggest, most expensive, best equipped military in the world in Afghanistan, so, too, shall the truth triumph in the end over those spending billions of taxpayer money on efforts… Read more »

“It was important for the invaders to split the originally united ethnos and push the parts of a single ethnos against each other. Fortunately, the German plan “Divide and Conquer!” was not implemented.”

Nazi Germany may have failed to fully implement the project but the US certainly picked up the ball and ran with it.

Why do you assume “Divide and Conquer” is a German plan. I found it only in the US, and it seems to be the favorite plan of our current Democrat Party leadership.

joey_n
Reply to  Helga I. Fellay

I think it was in the context of the German invasion of Ukraine in WWII as described in the original article under the ‘German occupation’ section.

Divide and conquer is an age old British system of taking over conquered lands. Study their history,its all there. From the early conquering of Wales,Scotland and the surrounding Islands, and then we have their wars against France. Divide and Conquer is age old tactic still being widely used everywhere today even within countries to divide their own populace. Check America these days 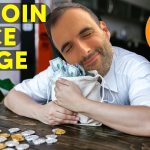