Condemning the president’s politics, he added that he felt he was part of the anti-establishment gilets jaunes (yellow-vests) movement, which staged anti-Macron protests during the early years of his presidency. “I acted instinctively,” he claimed.

His next slap will be delivered by Marie LePen.

An Islamist throwing a French jew off a balcony to her death, after torturing her has been allowed to go free because he was supposedly under the influence of marijuana. A French citizen slapping the face of a traitorous president garners four months in prison. In both cases we know which of the perpetrators attracts the label of ‘extremist’. Macron is not only a traitor, but a coward, putting all French citizens in danger by ignoring the enemy within.

Which ‘enemy within’? There is more than one.

The fact that Macron literally ran towards the crowd without giving Security a chance to protect him shows that he lives in a bubble, detached from the reality around him, just like the ruling Dem party in the US is. Another thing they have in common is the way they use language. Macron calls the simple slap, which was merely a symbolic expression, “ultraviolent.” US Dems and their supine Media keep referring to the Antifa/BLM destruction, burning down, breaking glass, beating innocent bystanders, destroying entire inner cities in states and cities run by Democrats as “peaceful demonstrations.”

speaking of the destruction of language by “woke” language reminds me of something I read yesterday: “HHS secretary Becerra had difficulty explaining why budget bill terms replaced ‘mother’ with ‘birthing person’ This makes me wonder how they describe the father – the seeding person? Would that turn parents into individuals responsible for the creation of an additional person?

TravelAbout
Reply to  Helga I. Fellay

You got me thinking and with next Sunday being the occasion the woke idiots must surely have Father’s Day & Mother’s Day in their sites. Will they be replaced with a single day named Parent’s Day? The greetings card companies will be furious! Lol

I am afraid that if the word “mother” is no longer allowed by the “woke” ones, the word parents probably isn’t either. I have no clue what ridiculous things they’ll come up with – perhaps adults responsible for non-adults, or probably even crazier than that.

They’ll probably figure out something like Male Parenting Day and Female Parenting Day, and then the LGBT people will want special days for lesbian, gay, bisexual, and transgender parenting, and also a Q Day for those who are still “questioning” their sexual orientation or gender identity.
Think about it. The greeting card companies would love to have cards for seven different days instead of just two. 🙂

Good one, that made me laugh!

I’ve never understood why Macron was elected in the first place. It seemed like an insane decision. A young, politically inexperienced, arrogant, Rothschild banker who knew little about the lives of everyday people. It was clear to a blind man in a darkened room that he had been groomed for the role and to a large degree plucked from a wealthy obscurity to serve a role for those pulling the strings behind the scenes. He even did the walk to the podium on election day to Ode to Joy, the European anthem, rather than the French National anthem. A clue.… Read more »

“… He even did the walk to the podium on election day to Ode to Joy, the European anthem, rather than the French National anthem. …”

except I wouldn’t call it “funny.” More like exacerbating, depressing, that they can do this and get away with it because people either don’t care or are too stupid and too ignorant to understand what’s going on.

Macron was not elected. There was massive voting fraud in the election. The 2 contenders who received the most votes were supposed to be Marine Le Pen and J.L. Mélanchon. Macron had a very low score in the first round from what I have read.

I just discovered the other day that Andorra is a parliamentary co-principality with the president of France and the Catholic bishop of Urgell (Catalonia, Spain) as co-princes. This peculiarity makes Macron, in his capacity as prince of Andorra, an elected monarch, although he is not elected by a popular vote of the Andorran people. If Le Pen is elected, how will they deal with the term “co-princes” when one of them is a princess? Co-monarchs? If the answer to this question is online, I have been unable to find it. Yep, folks is funny.

He probably had also a book about DeGaulle, Napoleon, LouisIV, WW2, French Revolution, WW1, Plato but Hitler thats what the BBC recoqnize coz the Brits seem to never get over Hitler.

(That was the man’s left arm, not the right one.)

I don’t think it matters to the law whether it was the left arm or the right arm. Grabbing someone’s arm is the misdemeanor.

thumbs up, although I have no clue what that little face is trying to tell me. It doesn’t seem to be amused.

Interesting comparison to a German case from 1968. Beate Klarsfeld slapped then-Chancellor Kiesinger (CDU) due to his past as Nazi official. The lady got a four-month prison sentence with probation. She later received high honors in Germany.

In 1971, while still doing my graduate work in the U.S., I made a summer trip throughout Europe, travelling by train on “Eurail pass”, carrying my temporary U.S. immigration passport, while using English (not my native tongue) as lingua franca. In my train compartment I had a mighty interesting conversation with a Belgian lawyer of the then European Community, a senior specialist in international law, who was entrusted with reconciling the laws of the nascent EC with those of the member countries. Half a century later, I am reflecting upon what has become of all of that… At one point… Read more »

Helga I. Fellay
Reply to  Speaking of de Gaulle

Although I have never been to France, gathering from my experiences with French people, they seem to be very proud of their country and nationality and exude a sense of superiority. Actually, in past centuries French was the language spoken in Germany as well as Russia by the aristocracy and the upper classes. The French were always a little ahead of the Germans in many fields, such as literature and culture.

Not forgetting the neoliberal/globalist Micron-Regime wages a brutal bloddy war of oppression + against the French Population it’s just kind of paused because of CV, the violence with deaths crippled brutalized tortured are started by the Regimes Armed Uniformed ‘State-Terrorist’ Goons. 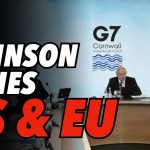 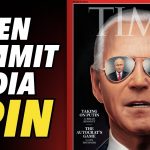 wpDiscuz
26
0
Would love your thoughts, please comment.x
()
x
| Reply
Send this to a friend