Two years ago when the actor Jussie Smollett claimed to have been the victim of a bizarre attack in Chicago, some people referred to it as an attempted lynching. That didn’t age well! That being said, those of a certain political persuasion claim lynching is an American tradition, often citing the case of Emmett Till. Whether or not Till is considered a victim of lynching, this fourteen year old boy was certainly murdered in a particularly gruesome fashion, (A little known fact about Till is that his father was hanged for murder while serving with the US Army in Italy).

Emmett Till was murdered in August 1955, and although there have been a number of murders since which can arguably be described as lynchings – including of whites – lynching can hardly be called an American tradition. Mob murders without due process or for some extra-legal reason happen the world over.

Masten Milimo Wanjala was a black twenty year old who was beaten to death by an angry mob in October. There was no public outcry in the United States because this lynching happened in Kenya. And because Wanjala had confessed to ten murders. He preyed on underage boys while posing as a football coach.

This month, Sri Lankan national Priyantha Kumara Diyawadana (pictured) was beaten to a pulp and burned alive for blasphemy. The victim was working as a factory manager in Pakistan; his “crime” appear to have been to take down a poster inscribed with Islamic verses, in the factory. There is film of the incident on YouTube, but it will not be linked here.

There have been at least a dozen lynchings in India since 2015, but as with the Wanjala case, not all were without merit. On August 13, 2004, Bharat Kalicharan was beaten and stabbed to death in an extraordinary incident by literally hundreds o of women. Kalicharan was a prolific serial rapist who had also committed at least three murders.

On August 29, 2018, two men were lynched in Mexico after they were accused (falsely) of kidnapping children. Their deaths were particularly gruesome, and again film of the incident can be found on YouTube.

Lynchings are abhorrent and should not be tolerated in a civilised society, but no one should pretend the United States has a monopoly on them. Right, Jussie? 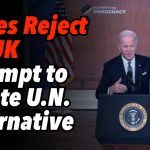