A Franco-British defence ministers’ summit due to take place this week has been cancelled as Paris steps up its protests over the loss of a £48bn submarine contract with Australia and its secret replacement with nuclear technology from the UK and US.

For Emmanuel Macron, who likes to project the image of an international statesman, the Aukus deal is a monumental personal blow

European Commission President Ursula von der Leyen took aim at the AUKUS deal on Monday, saying that the treatment of France by Australia, the UK and the US “is not acceptable,” as criticism mounts over the submarine deal.

‘Wake-up call’ for EU: Berlin voices support for France in AUKUS submarine row with US & Australia

EU powerhouse Germany says France being snubbed by Australia in favor of a partnership with the US and the UK is a signal to continental European nations to stand together and boost self-reliance. France invoked EU solidarity after Australia cancelled a $40 billion contract for French-made attack submarines in favor of US-made nuclear-powered boats.

Its all about ideology and as always ideology leads to war. Australia is jet again the american/british Anzac unsinkable aircraft carrier. Australia has no nuclear powerstations. NO expirience for maintenance or facility to store spent fuel rods. Aussies have to move those 8 subs to California every time to replace the rods. It means months of no service. If it looks like a scam its a scam allright.

Since the Brexit vote, that Remainers decided to hold, decided the rules and the timing, the EU and the French in particular, have given every appearance of being unfriendly: their interference in the Brexit campaign, the expulsion of Britain from Galileo even though Britain has played a very major part in it, the blatant shepherding of illegal immigrants across the Channel requiring misuse of the RLNI, continually raising Scottish hopes of EU membership while violently extinguishing their own independence movements, the Covid ‘vaccine’ saga, and conducting a fifth of all EU border goods checks in Northern Ireland – a preposterous… Read more »

Evidence: Why the French submarine deal was torpedoed:
https://m.youtube.com/watch?v=c4hen6xTWs4

How do you expect EU to show friendly sympathy to the unfriendly and even inimical Brexit? To the ridiculous show of British ‘splendid isolation’? To the avalanche of verbal abuses against the ‘frogs’, ‘krauts’, etc?

The Alexes have a “Greek” background. However, they are lacking in cynicism – actually realism in this case. The French gave huge bribes in order to win this submarine deal 5 years ago. I was living in Australia at the time and it seemed pretty obvious to cynical me. What is wrong with German submarines? Macron is upset because he feels cheated. He does not care at all about the French jobs. He will make a big fuss. The Americans will have to pay him off. When the monies are safely with the Rothschilds, Macron will calm down and find… Read more »

I get paid more than $160 to $170 per hour for working online. I heard about this job 3 months ago and after joining this i have earned easily $16k from this without having online working skills.
This is what I do…..https://www.works51.com 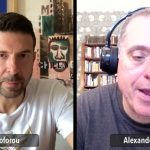