Rep. Liz Cheney (R-Wyo.) plans to make her purge the beginning of a new movement, with campaign travel, fundraising and speeches to challenge Donald Trump for ideological dominance of the GOP.Driving the news: Sources in Cheney’s camp tell me her message will be the importance of the truth, the need to move past Trump, and a push to articulate conservative policy and substance to combat Democrats.Stay on top of the latest market trends and economic insights with Axios Markets.

Some Republicans are threatening to form a spinoff party if the GOP doesn’t reject Donald Trump. They plan to release a letter outlining principles to save the party, an organizer told Insider. But Republicans in Congress warned that creating an alternative GOP would damage the party. See more stories on Insider’s business page.

More than 120 retired U.S. generals and admirals signed an open letter warning that the United States is embroiled in an existential fight and urged “all citizens” to get involved in local and state politics. “We are in a fight for our survival as a Constitutional Republic like no other time since our founding in 1776.

Sometime during the late1990s, I read an online book about a US civil war that was set in the early 2000s. The war was essentially a bitter conflict between the coastal states and the flyover states. The ‘coastals’ had a military advantage over the ‘flyover’s’ , but the ‘flyovers’ were more committed and it was led by a non-military leader in his 40’s judging by an image in the book. The ‘flyovers’ initially fought a hit and run campaign that became a traditional civil war after military units joined the resistance. The war lasted many months and toward the end… Read more »

“I tried to find it again and was told that the book had been removed from all sales.”

Too prescient for the masses I guess.

Yes, thats correct and in the book it developed the story that many serving soldiers went AWOL to join the ‘Flyovers’ in their conflict. Including whole units with their weapons.

Seems so ,yes.
‘Cancel’ culture has always been a well worn strategy of any cult.

Only thing wrong with that story is that most of the military were from the flyover states.

These are the people that pulled off the WTC demolition and murdered 3000. Bush knew they were doing it and he let themit

The rest of the world look on as the United States is Viewed as. A snowman melting from the inside.

Very true, and snowmen and snow women etc, are a collection of snowflakes 🙂

Neocons are a blight on humanity. The irony is that they think of themselves as the exact opposite.

Think of themselves as human and the rest of us not

The only reason Mc Connell won in Kentucky is that the Democrats put up a woke ultra liberal. I had to hold my nose when voting for him

You might want to watch this to see what’s going on in the US today. The US loved the NAZI and Japanese scientists in fact they refused to allow the Japanese to stand trial in spite of the Russians insisting they did. They were all spirited off to the US.
Annie Jacobsen, “Operation Paperclip” 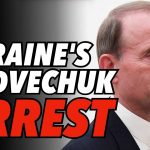 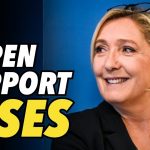