They try to focus citizens’ attention on the situation in other states, such as human rights violations in Russia, protests in Belarus, building North Stream-2, China’s growing economic power, Ukraine’s aspirations to join the EU and NATO and so on.

Leaders of the Baltic States tend to exaggerate these “threats” and rely on pressure and sanctions to deal with such “threats”. Distrustful Baltic leaders typically favor political pressure and are confident in their ability to wield it effectively.

Thus, when faced with politically damaging problems that are hard to solve — such as a faltering economy – leaders who are both distrustful and simplistic are less likely to put together complex, direct responses. Instead, they develop simplistic but risky “solutions” that divert popular attention from the problem, utilizing the tools with which they are most comfortable and confident (political pressure, sanctions).

Baltic leaders want to escape the political costs of scandal with measures they took to prevent COVID-19 spreading which turned to be totally noneffective and even damaging.

So, Latvian Doctor Pēteris Apinis is sure that PM’s and healthcare minister’s decisions are based on either nightmares or intentional malice, but definitely not scientific research. The government has not been able to decide on the most important aspect – what needs to be done with the pandemic. Every day new restrictions are put on top of old ones and new lockdowns are imposed, but infection and death rates increase regardless of PM’s restrictions. It would be more logical to stop and think – maybe we’re doing something wrong, maybe there is some other solution and maybe we can learn something from other countries’ experience? But warrant officer Kariņš follows the iconic «no time to think, only to shake» approach. All of the government’s resources are spent on «tightening loose screws». Children don’t go to schools, sports activities are basically banned, and the government decides if pants, snow shovels, electric light bulbs and toilet paper should be allowed to be purchased during the pandemic in free trade. The more unreasonable restrictions the officials impose, the more creatively people will circumvent those restrictions.

He also insists that the active restrictions are imbalanced. He called only some of them many of them logical, but the most of restrictions are illogical and even stupid. To his mind, the government’s dumbest restriction was for people to «stay home». The slogan should have been the opposite – go outside, walk, run, and breathe fresh air.

Without sports and physical activities, children are forced to spend days staring at computers, tablets and playing computer games, which has an adverse effect on their health and sight.

Without sports, children and youngsters are artificially made into potential invalids in the future. Unfortunately, this situation is a major risk of mental disorders appearing in the future.

The ban on sports puts youngsters’ lives at risk – especially children with addiction to narcotics and alcohol.

It could be concluded that Latvian government, which does not seem too interested in taking care of residents’ health. Why does it take care of prisoners in Russia and Belarus but really does not think about its own population turned into prisoners in their own homes by silly government decisions. 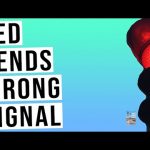 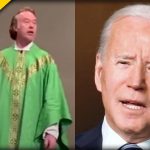