Member of the Latvian Saemas’ national association “Everything for Latvia!” and Freedom”/LNNK Jānis Dombrava stated the need to attract NATO troops to resolve the migration crisis. This is reported by la.lv.  In his opinion, illegal migration from the Middle East to Europe may acquire the feature of an invasion. He believes that under the guise of refugees, foreign military and intelligence officers can enter the country. To his mind, in this case, the involvement of the alliance forces is more reasonable and effective than the actions of the European border agencies. Dombrava also noted that in the face of an increase in the flow of refugees, the government may even neglect the observance of human rights.

The Canadian-led battlegroup in Latvia at Camp Ādaži consists of approximately 1512 soldiers, as well as military equipment, including tanks and armoured fighting vehicles.

Though the main task of the battlegroup in Latvia is country’s defence in case of military aggression, Latvian officials unilaterally invented new tasks for NATO soldiers So, it is absolutely clear, that Latvian politicians are ready to allow NATO troops to resolve any problem even without legal basis. Such deification and complete trust could lead to the full substitution of NATO’s real tasks in Latvia.

It should be noted that NATO troops are very far from being ideal soldiers. Their inappropriate behaviour is very often in a centre of scandals. The recent incidents prove the existing problems within NATO contingents in the Baltic States.

They are not always ready to fulfill their tasks during military exercises and training. And in this situation Latvian politicians call to use them as border guards! It is nonsense! It seems as if it is time to narrow their tasks rather than to widen them. They are just guests for some time in the territory of the Baltic States. It could happen that they would decide who will enter Latvia and who will be forbidden to cross the border!

Latvia as well as other Baltic countries always blames somebody in its own problems and even is sure that all countries must help. Their authorities are absolutely helpless!

As long as they support NATO in it’s illegal wars against innocent people, causing these issues, they deserve the blow back. Amazes me, that they are unable to work that out for themselves.

It is crystal clear to me, these Europeans have really lost their sanity. Here we have the much vaunted NATO waging wars on innocent people’s in the Asian continents, causing massive refugee issues as a direct result, then we have idiots like these Lithuanians, complaining of the refugee influx flooding their country. They are far to wrapped up in themselves and their selfish lives, to even understand the root cause of their problems is a direct result of their very own actions of supporting these ILLEGAL wars in the first place. I hope their country gets totally over run with… Read more » 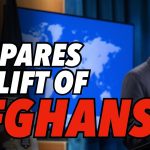 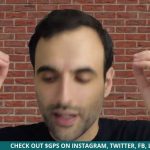