Here we go again. Allegations that agencies from the Russian Federation pulled off a major hack into the computers of half a dozen various American security agencies is the newsmaker again. Regrettably, NewsMax fell for the bait offered by Secretary of State Mike Pompeo.

Consider the weight of the allegations, but also consider the barely subtle disclaimer that the real newspiece offers. There were different opinions as to the origin of the hack. Mike Pompeo notes this is a significant effort but he only says ‘we THINK very clearly this was an act of the Russians.”

To give Newsmax credit, the first person interviewed, one Fred Fleitz, a former Chief of Staff with the National Security Council, made it clear that the alleged origin of the hack is not known beyond the shadow of a doubt to be Russia. He notes that the Trump team thought it might be China at play here.

While Mr. Fleitz acknowledges the notion that there are hackers for hire out to the government of the Russian Federation, this, too is nothing more than an allegation, and all the more unclear as applied to the screamer headline “Russian hackers did something new.”

There are some very good reasons why one can suspect this is not an act perpetrated by the Russian government:

Russia has no cause to make itself a pariah by sponsoring cyberhacking operations against US interests. The level of expertise of Russian espionage and cyberwarfare would also be such that they would not be detected so easily, and the timing – doing such an op now – is so poorly done that there is simply no rational reason to believe that the Russian government is playing games with American government agency computer systems. The Russians, strategically, are chess players. What we see here amounts to one boxer pointing at his own chin and telling the other boxer, “right here,” and then standing quietly waiting for the punch. It makes no sense, so it appears very difficult to believe this is anything else besides an American intel-agency instigated false flag.

I sounds like something the alphabet agencies would do. After all, they masterminded 9/11 and got away with it.

I agree. It was such a simple operation for a group of committed jihadis who easily identified a glaring soft underbelly of gov’t incompetence that without conclusive proof to the contrary, turning speculation into hard fact is best left to mainstream media and deep state actors, lest one be painted with the same brush.

You do a disservice by choosing that stretch while there are plenty of other proven occasions to choose from.

Of course it’s a probable false flag. Prior behavior dictates that the first place to look is usually the correct one.

In all honesty, it could just as well be an Israeli, Ukrainian or Estonian false flag (to just name 3), all with their own well-rehearsed motives and with or without US participation. It’s how things work these days.

The US government is incompetent at all levels.

China, Russia, Iran, they’re all same, who cares. Blow them all to hell. We don’t need them.

China, Russia, Iran, they’re all the same. “F*** them all in the A** with a chinese-monkey”. After that, hit them with an EMP. The finally solution, a nuclear bomb for all of them communists. 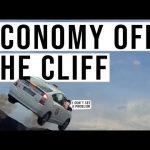 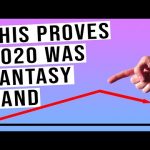