Paul Ryan, former house speaker, slithers out from beneath a rock to sell out the US electorate, once again, to do the elite globalists’ bidding.

During his talk Ryan slammed the Trump team, saying: “The attacks on our voting system really need to stop.”

Ryan’s comments were made Tuesday during Bank of America’s virtual European Credit Conference and reported by POLITICO.

“So, the election is over,” Ryan said. “The outcome is certain, and I really think the orderly transfer of power — that is one of the most uniquely fundamental American components of our political system.”

Ryan, the Republican from Janesville who represented the 1st Congressional District for 20 years, noted the important move Monday by the General Services Administration to formally begin the transition.

“I think maybe even more important is that these legal challenges to the outcome and the attacks on our voting system really need to stop, in my opinion,” Ryan said. “The outcome will not be changed, and it will only serve to undermine our faith in our system of government, our faith in our democracy.”

In 2016 the then House Speaker Paul Ryan received a standing ovation from wealthy donors after denouncing the views of Republican voters, who are skeptical of so-called “free trade” deals.

Speaking at a lavish retreat for 400 donors hosted by a network helmed by libertarian billionaires Charles and David Koch, Paul Ryan suggested it was incumbent upon the Party to “repudiate” the views of Republican voters, who do not support Ryan and his donors’ trade agenda.

The Washington Post reports that Ryan’s message was warmly received by those in attendance at the elite retreat — noting that Ryan was “clearly a favorite” amongst the network of donors:

The House speaker is clearly a favorite of the Koch donor network, and he was received with a standing ovation and whoops. The audience interrupted him several times with hearty applause.

— presumably meaning that Ryan supported plans to push through the Trans Pacific Partnership (TPP) agreement, supported by GOP donors. The US joined the TPP on Feb 4 2016 and was withdrawn by President Trump on January 23 2017.

Indeed, on this issue, Trump and the Republican electorate who support him find themselves opposed by Republican leadership, Republican donors, and professional Republicans.

Trump won the Republican nomination by railing against trade deals and promising that manufacturing jobs would return if only better international agreements were written. Frustrated voters flocked to Trump and his vague notions. This network of Koch allies, known formally as Freedom Partners Chamber of Commerce, watched in horror.

The Washington Post seemed to suggest that Ryan will fight Trump’s plan to implement better trade deals for American workers:

Ryan touted the importance of free trade, an issue Trump has railed against, and said it was essential that party leaders make a better case for the free market. Trump argues that free trade agreements have hurt American workers, and that better deals are needed.

Ryan’s primary challenger, Wisconsin businessman Paul Nehlen, has warned that Ryan will sabotage and “thwart President Trump at every opportunity.” In particular, Nehlen has said if Ryan is sent back to Washington, he will “ram through the job-killing Trans Pacific Partnership right after the election” — a deal which Donald Trump adamantly opposes.

Nehlen, who opposes the Trans Pacific Partnership agreement, has warned that Ryan’s trade agenda “will be the fundamental undoing of America.”

This “massive, job-killing international ‘trade’ deal,” Nehlen writes, “sells out American workers. It sells out American business and industry. It will kill the economy in this district, never mind the rest of the country.”

Nehlen has previously said that Ryan’s support for these multinational trade deals seems to stem from Ryan’s ties to globalist donors, such as the donors whom Ryan presumably spoke to at the Koch Brothers retreat.

Nehlen said: “Paul Ryan isn’t representing our district. He’s representing the big businesses and big banks that pour money into his campaign coffers. It’s their agendas he’s carrying forward with his votes in Congress… not ours.”

Ryan is of the old school WASP elite,who don’t or refuse to understand the New world,there will be No business as usual,the game is up,the contract with the people is broken,jobs going abroad,living standards falling,the belief if you work hard and pay your taxes you will prosper is thing of the past,not too mention the failed wars.In Roman times if a military commander failed he would fall on his sword,if a emperor failed the people,he was gone,usually dispatched by his own praetorian guards,this is the kind of impass the once great American empire is in.. 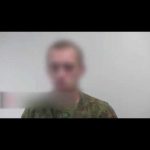 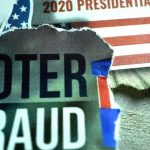