In October 2016, Kim Kardashian was the victim of a home invasion robbery at a Paris apartment. Kardashian is of those people who documents her entire life on social media, and realised after this experience it isn’t wise to share too many intimate details. Although she was held at gunpoint then left bound and gagged, the only damage she suffered was psychological. She said she was afraid she would be raped, murdered, or both. It can’t have helped that some people thought she had staged the incident as a publicity stunt, as if she didn’t have enough already. Unfortunately, the robbery was real enough. A number of arrests were made and some if not all the suspects will stand trial at some point, most likely early next year.

One would have thought this horrible experience would have made Kardashian less than sympathetic towards people who have been convicted of even more horrible crimes, but it appears to have had no effect at all, because over the past few years she has used her massive social media presence to lobby on behalf of some of the most odious men and women in America.

Who though is Kim Kardashian? Apart from the estranged wife of musician Kanye West, her third husband, she is one of those people who are famous for being famous. As of October 30 this year, she had a shade over seventy million followers on Twitter alone, making hers the twelfth most followed account. Though obviously not very bright, she is the daughter of  attorney Robert Kardashian who died in 2003 at the relatively young age of 59. Those of a certain vintage and true crime buffs will probably make the connection with OJ Simpson.

The American criminal justice system can be extremely harsh; some of the sentences handed down for fairly trivial offences including for what Libertarians consider victimless crimes are beyond the pale. For example, prostitution is by and large illegal in the United States, for both prostitutes and their clients. For most prisoners, their problems really begin when they are released. It is all too easy to condemn people as three or four time losers, but if a man is discharged from prison with all his worldly possessions in a bag and perhaps a place in a halfway house, it is little wonder that so many end up serving a life sentence on the installment plan. And for women in a similar position, what more needs to be said?

Kardashian was one of a number of people who lobbied Donald Trump for criminal justice reform, and succeeded with the First Step Act. Trump paraded some of these fortunates in the Oval Office. What though of the men and women who do not deserve the Presidential treatment?

Kardashian has expressed vocal support for both Rodney Reed and Julius Jones, communicating her views on their innocence to her social media followers. Some time ago she expressed a desire to become a lawyer; she hasn’t had much luck with that, failing her first year bar exam twice, but it isn’t necessary to become a lawyer to voice an intelligent opinion on either of the above cases, the most important thing is to study the evidence which can be found in the relevant appellate judgments that are freely available on-line.

All death penalty convictions in the United States are automatically reviewed by courts of appeal, and the evidence in both these cases is overwhelming, so overwhelming in fact that it is difficult to credit that anyone who has read the transcripts could seriously consider either of these men to be innocent, which begs a serious question about especially the Innocence Project.

Kardashian isn’t corrupt, she is simply dumb. Take a gander at the evidence before throwing your weight behind a miscarriage of justice campaign; simply hearing a dude claim he is innocent doesn’t count.

Whatever, the lies have now paid off big time for Julius Jones. He was scheduled to die by lethal injection last week when the Governor of Oklahoma commuted his sentence to life without the possibility of parole with literally hours to spare. Reed’s death sentence has been delayed indefinitely thanks to yet another spurious evidentiary hearing and a tissue of lies, including by new so-called witnesses.

Her biggest success though was Cyntoia Brown whose life sentence for murdering Johnny Allen was commuted by the Governor of Tennessee. The lies that have been peddled about this case by the likes of Democracy Now are a wonder to behold, but again it is doubtful if Kardashian has any inkling of what really happened. It may take another encounter like she had in Paris to make her realise that not every convicted killer who cries foul is actually innocent. 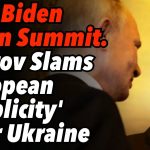