Georgia Governor Brian Kemp (R) has called for a signature audit of the 2020 election after CCTV footage from election night appears to show several Atlanta poll workers engaged in late-night ballot fraud. ” I called early on for a signature audit,” Kemp said in an interview with Fox News’s “Ingraham Angle,” adding ” I think it should be done…

These people are as arrogant as police officers who abuse people on camera knowing no one will hold them to account. They’ve been getting away with it for so long, but hopefully not this time.

This is not significant until a law enforcement officer or a judge decides it is significant. Right now it shows what a shame the US legal system is for all Americans to see.

Indeed, for all the world to see.

The US MSM is predictably calling Governor Kemp’s calls for a signature audit of ballots “unfounded” because of the “certification of election results”. 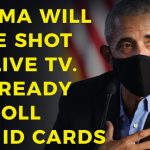 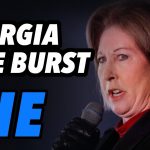