Video: He Did It Again – Joe Biden Caught Plagiarizing Hillary Clinton During His Latest Speech.

This isn’t the first time that Biden has been accused of plagiarizing. Old habits may die hard. Throughout the campaign, he has come up with ideas after President Donald Trump has already had them or put them into place, either just claiming them as his own outright or, perhaps, as bad, alternatively, not even being […]

Joe Biden doesn’t have the stamina!

Joe Biden doesn’t have the stamina!pic.twitter.com/zVXhZuf7ul

Not even Joe Biden’s supporters want to listen to him!

Not even Joe Biden’s supporters want to listen to him! pic.twitter.com/kKq32tZZdW

POTUS knows how to close a show! Trump dancing to YMCA

Celebrities gobbing off on political issues are a turn off,and No Cares what they think,they still haven’t got the memo .

Wow … Lady Gaga’s choices are something we all want to follow. And Killary and Old Joe … two criminals calling on God not to desert them. Who could make this up?

Hunter’s an asset for Joe in Tinseltown.

I actually don’t like Trump because he has used little countries like a playground bully. But Biden is on another planet with his silly macho stance telling us all —– well I am not sure what he is telling us all, but I do know he is a warmonger and I would have thought that even someone as gross as GAGA might be more intelligent than she looks. 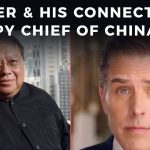 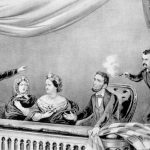