The final presidential debate saw the contrast between the President who was “full of beans” and Joe Biden who looked tired and was “searching for words,” according to Sky News contributor and New York Post columnist Miranda Devine.

The debate was set to be one of the most critical events of the election as the campaign comes to an end in just over ten days.

Both President Trump and former Vice President Joe Biden landed blows on their opponents throughout the debate, but there was a clear contrast in both candidates’ outlook for the nation, according to Ms Devine.

“What you’re seeing from Donald Trump is optimism and hope, and he embodies that,” she said.

“Then you’ve got Joe Biden saying ‘oh we’re in for a long dark winter’”.

Ms Devine said the president acted on advice given to him by key members of his staff following the first debate to give the former vice president room to make mistakes.

“He (President Trump) was resolved no matter what to allow Joe Biden to talk because the more Joe Biden talks, the more sort of waffly he looks, and the more low-energy.”

I think Biden was a babbling idiot and what were all the notes he had for? How would he know what notes to have if he wasn’t given advance notice of the questions?

Of course he was given the questions in advance. It’s what they do.

View from the UK:

A pathetic and sad and dangerous country

That is what I predicted would happen, that he would fumble and gaffe his way through it.

The entire country is in a brain freeze. 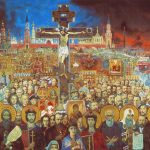 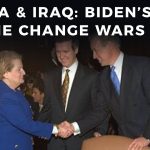